Ray Jones: ‘If councils lose accountability for children’s services then families will lose the help they need’ 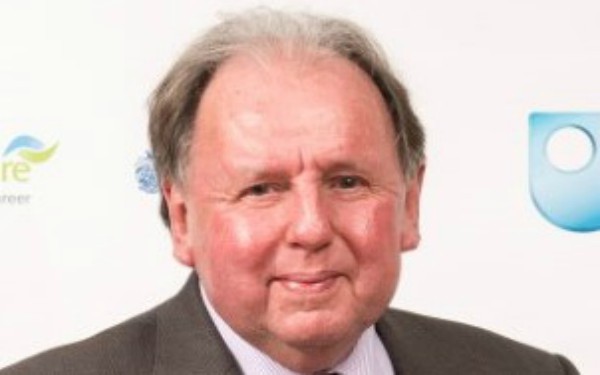 Ray Jones, social work academic and former director of social services in Wiltshire, has been nothing short of vocal about his concerns surrounding the increasing involvement of private companies in the delivery of social work and social care.

Many share his view – almost 72,000 people signed three petitions in 2014 opposing government proposals to make a change to statutory regulation that could permit the outsourcing of child protection services to private companies. But a small number of others, he says, have dismissed his concerns as “unlikely to happen because the work is too high risk”, and have implied he is simply scaremongering.

To his critics, Jones has just one clear message: “We should be scared about this.” He details exactly why in his latest book, ‘In Whose Interest? The privatisation of child protection and social work’,  published last week by Policy Press.

The book traces what Jones refers to as the privatisation journey in public services as far back as the 1970s, but he says he became particularly concerned about the issues in 2013, when writing his earlier book on baby Peter Connelly’s case.

It was at this time, Jones says, that then prime minister David Cameron and education secretary Michael Gove were “really upping the narrative that the public sector and social workers were pretty awful and the private sector was the answer”.

“I became increasingly alert to how the Baby P story was being used in part to create this narrative but also to the impact of the severe cuts being imposed on local authorities, at a time when more families were getting into difficulty.”

Jones believes that the difficulty cash-strapped councils faced even then in providing children’s services led to more ‘inadequate’ Ofsted judgments at the time, which in turn enabled politicians to reinforce their “failing public services” narrative and push forward with plans to open up social work and child protection to the marketplace.

“The argument is the marketplace will generate greater efficiency, economy and effectiveness – but what we know in terms of outsourced services is that actually the market is wasteful and has led to corner-cutting not improvement,” he says.

“Just look at what has happened in private care homes for older people – staffing levels are reduced, the workforce is down-skilled, time to give care is cut, and yet profits are still taken.”

Jones’ foremost concern though is what risks greater private sector involvement could pose to the most vulnerable children and families in society – for whom the responsibility to support and protect has traditionally laid at the door of the state.

“My view and my understanding is that the majority of people working within children’s services think there should be public sector accountability,” Jones says.

“They also think services should be adequately funded because the responsibilities they fulfil are so important in terms of the safety and welfare of children.”

That is becoming more difficult as services continue to feel the brunt of “politically-chosen austerity”, Jones adds, and “some politicians and even senior managers have taken the view that maybe it’s the best thing to contract these services out”.

But he fears that if councils lose direct control of their children’s services there will be a deterioration in quality – as a result of “corner-cutting to generate profits and this money being syphoned off elsewhere” – and a loss of accountability.

“If no one has got an overview of what is happening then we create more confusion, more fragmentation, a lack of visibility and of accountability,” he says.

“The consequence is children and families being left without the help they need.”

We have already seen this loss of accountability in adults’ services, Jones adds, giving the example of a decision he faced as director in Wiltshire to either outsource or close the 19 care homes for older people owned and managed by the council.

“The council eventually took the decision that only not-for-profit organisations should be allowed to take on managing the homes and that’s what happened.

“But what it meant for me as director of social services was I lost a right of access – no longer could I go in, meet with managers and staff and sit down with residents.”

What followed was the transfer of inspection services from local authorities into a national inspectorate, resulting in Jones also losing “any intelligence and information” from inspectors about what was happening inside those homes.

“I still had and felt an accountability and responsibility for the care services for older people within Wiltshire, but no longer did I really get a feel of what was going on,” he says. “I did not think that was a sensible thing to do.”

There has been a similar trajectory with homes for children and young people, Jones highlights, with now almost three quarters (72%) provided privately and almost half of local authorities not managing any children’s homes themselves.

“As a director of social services, I would want to know what is happening in the homes our children are placed in and be able to respond to any concerns quickly.

“Without that assurance, my concern is we are making children more vulnerable, we are increasing risk and we don’t actually know what we are doing.”

Jones has worked in the sector for more than three decades and although he lived through “the intrusion and emphasis on private, for-profit sector contracting” in adult social care, he says he never thought it would happen in children’s services.

The “greatest leap forward”, in Jones’ view, was the Department for Education’s (DfE) consultation in April 2014, which proposed a change to statutory regulations that would allow any organisation to be contracted to provide children’s services.

His book details how this was met with considerable public resistance, with three petitions created and 94% of responses to the consultation opposing the plans. As a result, the DfE said it would make an amendment to prevent profit-making bodies from carrying out “additional delegable functions” on behalf of local authorities.

But Jones argues that the statutory change still allows private companies to receive those contracts in that they would just have to create an “apparent not-for-profit subsidiary”. He compares the situation to the introduction of academy schools in the education sector – a niche initiative initially designed to support a small number of struggling schools in deprived areas, which has now become the mainstream.

“As we know from academy schools, you can make profit from your subsidiaries in terms of how you charge them for a range of services,” he adds.

Around the same time, an independent report was commissioned by then children’s minister Edward Timpson to assess the potential for developing “the capacity and diversity” of children’s social care provision. It didn’t see the light of day until two years later – but found “a clear appetite from a number of significant providers” to take on the more high risk areas of service, including child safeguarding.

“Some think this will never happen because the private sector won’t want to get involved in this real sharp end of work – but that denies the reality,” Jones says.

Alongside the 2014 statutory change, there has been the move to shift “failing” local authority children’s services into an independent trust model – in some areas this has been ordered by the government, including Doncaster, Slough and Sandwell.

“The government has used a negative outcome following an inspection to force and coerce councils to lose control and responsibility of those services,” Jones says.

In other areas, it has been a voluntary move. Richmond and Kingston set up their social enterprise, Achieving for Children (AfC), in 2014 to provide children’s social work services. In 2017, Windsor and Maidenhead opted to become a co-owner of the company, and AfC now delivers children’s services across all three boroughs.

“All of this is just another step on the road towards the journey that all other public sector services – health, education, prisons – have been taken down,” Jones says.

“I hope my book will increase awareness of this journey and increase the debate about whether it is sensible – and I hope the conclusion of that debate is that it is not sensible to travel any further, and indeed we need to move back a few steps.”

In Whose Interest? The privatisation of child protection and social work will be launched at an event at Kingston Hill campus of Kingston University on Thursday 13th December

10 Responses to Ray Jones: ‘If councils lose accountability for children’s services then families will lose the help they need’