By Judy Cooper on December 17, 2018 in Social work leaders, Workforce

A sneak peek at Community Care’s forthcoming biannual social work jobseekers research has again found the majority of social workers are not keen to move into management.

The research, due to be published in the new year, found three quarters of the 1,100 social workers who responded agreed they would like to advance their career as a practitioner without taking on managerial responsibility.

This number has not shifted since the last survey in 2016 and has increased since 2014.

Frontline management posts in social work are acknowledged as some of the most pressured roles in the sector and for many social workers it also means stepping away from direct work with service users, one of the most rewarding parts of their job.

So how can employers provide more creative and attractive career options for frontline social workers without following the linear management route? 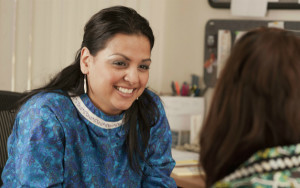 Cornwall council was one of the first children’s services departments to introduce a principal social worker role seven years ago. It consists of 50% practice, 25% delivering supervision and 25% providing learning and development to improve practice quality. There is one in each service team and they are paid at the same level as a team manager role.

The principal social worker provides group and reflective supervision and can step in to cover a deputy team manager or team manager if required.

Marion Russell, head of service for practice development and standards at Cornwall, says although it was not the original intention, they have found the role to be an excellent feeder for team manager roles. Most team manager appointments are now ‘home-grown’.

“We have a post-qualifying offer alongside this career pathway that lets social workers undertake certificates, diplomas and masters in either child and family practice or in leadership and management or a mixture of both which helps them decide what they want.”

Conversely, Wiltshire is thinking of renaming its ‘aspiring team manager’ role because feedback from those appointed shows many see it as an attractive alternative to management.

The role gives senior social workers a bit more pay if they take on supervisory responsibility for up to four newly qualified social workers.

Lucy Townsend, director of children’s services, says: “Even though some of those in the roles have been helped to become managers, many have said they feel the role provides a level of responsibility and challenge they are happy with, without moving into management.”

Aspiring team managers are responsible for ensuring a nurturing and supportive environment for newly qualified social workers and those in post are direct supervisors of NQSWs, but not their line managers.

The roles were first introduced into safeguarding teams two years ago, but Townsend says they have been so successful they are now looking to introduce them into other teams.

While some social workers may never want to be managers, others just don’t feel equipped to take it on so doing more to prepare senior social workers could help.

Lincolnshire council’s children’s services has seen improvements in the quality and confidence of their internal applicants for manager roles following the introduction of its Bridging the Gap course. Social workers with potential management ability are offered specific skills training that would improve their ability to take on a management role, if, and when, one became available.

Senior and advanced practitioners are also supported to take on the management of students on placement.

“I designed the course with the organisational team at Serco based on all the interviews I’d conducted with social workers moving up over the last five years.

“I could see there were definite skills gaps. We were expecting practitioners to move seamlessly into management roles without ever preparing them for those parts of the role they would have little experience in.” 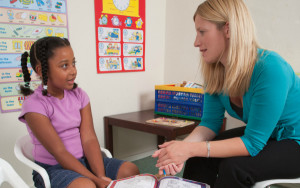 Cornwall’s children’s services also offer a consultant social worker role, paid at the same level as a team manager. Applicants are expected to be experts in niche and specific areas of practice. There is no restriction on the number of consultant social workers who can be appointed, provided the threshold of experience and learning has been met.

Russell says consultant social workers lead in a practice area, such as pre-birth assessments or child sexual abuse, not just for their team but for the service as well. This means they are involved in the development of any council policy, procedures and training in that area.

They also take on coaching and mentoring of other social workers and either provide expert input on cases or take on the most complex cases.

“We find the consultant social workers tend to stay in those roles because although they are clear they are not interested in management they can improve our organisational knowledge and delivery in a practice area,” Russell says. 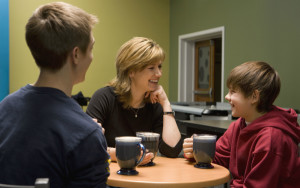 Alternatively, instead of going niche with your skills development you could go wide.

Staffordshire council’s children’s services are currently piloting a system where a social worker takes on a case, either in early help, assessment or after initial assessment, and stays with that case throughout the child’s journey in the care system, including court, placement and care.

Kate Sharratt, head of performance and development, says the idea recognises that working in a child protection team long-term is difficult.

“It’s heart breaking work if your caseload only consists of high stakes risk management and taking children into care. After two or three years those social workers are often ready to move on. They want to develop other skills, but many don’t want to go into management, so we were losing them.

“We also knew from children that they didn’t like changing social workers at each stage of their care journey. We tried to think of what opportunities we could offer within our existing structures to meet all these needs,” she says.

Extra investment from the council means the idea is being piloted with 16 additional social workers without creating extra pressure in teams. Internal training is offered to those taking part to improve their confidence in areas they are not familiar with, along with support around risk management.

Sharratt says she was she was heartened by the huge number of applications from internal staff for the pilot roles, and that the evaluation of the scheme will look at whether it has increased job satisfaction for social workers as well as outcomes for children. 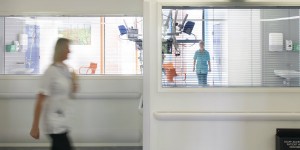 Gloucestershire council’s adults social services used to make all applicants for roles undertake the same process whether they were internal or external.

Yasmin Purchase, recruitment and retention co-ordinator for the council, says this was actually prompting some social workers to look elsewhere to increase their skills.

She says they have now introduced a much easier, more fluid system where social workers can register interest in transfers to different teams.

“It means employees have a much easier way of applying for like–for–like roles in other teams across adult social care. Employees can therefore build new skills, meet other employees and share a wealth of knowledge.  Before any transfer we offer employees informal shadowing opportunities, so they can identify if and where they would like to transfer to.”

Purchase admits that at first some managers were apprehensive as they wanted to retain staff in their teams. However, they recognised that social workers wanted to increase their skills and it was better if they could do that within Gloucestershire.

“Staff have welcomed the opportunity and we have had 10 successful transfers so far. All these individuals might have otherwise left the council,” she adds. 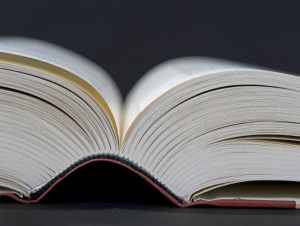 Common in the NHS, but much rarer in social work, is the role of clinician-researcher as a valued member of the team but with dedicated time spent to a specific research project in their field or for their service.

Social worker Rachel Sempija has previously written for Community Care about how she had to move to part-time work and fund her own university supervision to allow her to work in child protection and obtain her PhD. Yet, while working for the NHS she has been actively encouraged to research how service users are experiencing the service she works for.

Lincolnshire council children’s services also allows practitioners on their Bridging the Gap programme the opportunity to undertake small-scale research projects on a topic of their choice to reconnect them with academia and the latest research on a topic or preferred practice area.

Sam Clayton, principal social worker, says they are given extra study days to complete the work as well as refreshers on research methodologies before having to present the research to herself and the assistant director of the service.

“We’re on our third or fourth cohort now and we’re seeing quite a few coming to us afterwards and asking if they can do more. We’re now working with the teaching partnership to help us offer a range of options in this area.”

She says the research has benefited the service not just in increasing the body of knowledge within teams but also in terms of the self-motivation of social workers.

“We had one that looked at the impact of stress on social workers and resilience and it led them to set up their own mindfulness group as a result,” she says.

Are you a social work senior leader? Are you interested in more articles like this delivered directly to your mailbox? Sign up to our senior leaders email by emailing sarah.dennis@markallengroup.com