Sexual abuse of boys continues to be missed: what social workers can do

Nick Marsh explains why barriers to male CSA being recognised or disclosed are especially high, and suggests changes individuals and organisations can make 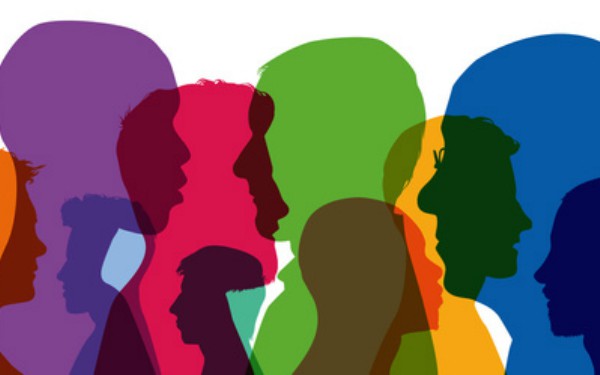 Over recent years, high profile cases of child sexual exploitation (CSE) and institutional abuse, and the growing use of technology in sexual abuse has led to increased public and professional awareness of the prevalence of child sexual abuse (CSA) and the forms it can take. It is now described with increasingly sophisticated terminology.

Terms such as CSE, harmful sexual behaviour (HSB), online grooming, peer-on-peer abuse, gang-related sexual violence (including punishments and initiations) and institutional abuse can be useful as a professional shorthand and were developed in order to differentiate between types of abuse with distinct characteristics.

Understanding models and the context of abuse is undoubtedly vital in helping us identify abuse and provide effective interventions. But there’s a risk that as terminology becomes more specific, the effect in practice can actually be to narrow our developing professional understanding of CSA and alienate children and young people who don’t immediately appear to ‘fit’ in a category we recognise.

Community Care Inform has worked with the Centre of expertise on child sexual abuse and other experts on a wide range of written and multimedia resources to help social workers protect children and young people from CSA, and support them and their families during and after disclosures.

CC Inform subscribers can find guidance on the process of disclosure for victims of intra-familial abuse, responding to sibling sexual abuse, survivors’ perspectives on what they wanted from professionals, group CPD activities and much more in the CSA knowledge and practice hub.

Key advice from the hub is available to all here.

To ensure we are doing all we can to protect all children from CSA and support all victims and survivors, it’s important to remember that these terms are essentially indicators or descriptors of the context in which abuse takes place, and do not necessarily indicate level of risks posed or harm caused.

Maintaining a broad understanding of CSA that encompasses the many contexts in which it can occur, the signs and indicators that a child is being abused and the impact of abuse and trauma is especially important when thinking about safeguarding boys.

Otherwise, we risk prioritising addressing presenting behaviours, rather than the potential underlying cause, meaning the barriers to abuse being disclosed can be made even higher.

For young males in particular, distress may manifest as externalising behaviours such as displaying aggressive, harmful or challenging behaviour in school or at home, truanting, running away, displaying HSB or substance misuse. These are frequently interpreted solely as a sign that the young person poses a risk of harm. But the behaviour could be a potential indicator that they have themselves been harmed: it could be a personalised coping mechanism or the way in which they are communicating to the outside world that something is wrong.

If indicators of CSA and trauma are misinterpreted, it can have devastating outcomes for the young person across the life course (Fisher et al, 2017. This of course applies to all victims, regardless of gender).

The expert guests are Peter Bishop, a family therapist, and Anna Glinski, deputy director for knowledge and practice development at the Centre of expertise on child sexual abuse.

The Truth Project (2018), which offered victims and survivors the opportunity to share their experience as part of the Independent Inquiry into Child Sexual Abuse, includes numerous accounts where ‘problematic’ behaviour was noticed by professionals, yet the underlying causes were missed. One adult survivor, ‘Clive’ reflected on his experience after being sexually assaulted by a stranger in a public lavatory. Following this traumatic event, Clive’s behaviour deteriorated until he was eventually expelled from school. He describes how professionals labelled him as disruptive and made significant decisions about his future with no one ever asking if he needed help.

This is all too often the case. Externalising behaviours – traditionally associated with males (Fisher et al, 2017) – result in school exclusions, alternative education provision (in pupil referral units) or even being taken in to local authority care. In the worst cases, where criminality becomes a feature, young males may end up in young offender institutions (Nelson, 2009). These experiences only compound the trauma of abuse, and may well set them on a completely different life trajectory – one which we know may have a long-lasting (in some cases lifelong) impact on their emotional well-being, their sense of identity and opportunities afforded to them.

How many boys are at risk?

It is important to acknowledge that the majority of studies strongly indicate that girls are more likely than boys to experience CSA, and that most abuse is carried out by males (Nelson, 2009; McNeish and Scott, 2018b; Kelly and Karsna, 2018). There are some areas, however, where boys are thought to be more at risk, these include online dating and gaming platforms (Palmer, 2015) and institutional settings (McNeish and Scott, 2018a). In particular, research indicates that boys are more likely to be abused in Christian institutions and in secure residential settings (Heath and Thompson, 2006; Parkinson et al, 2009; Sayer et al, 2018). This, perhaps, is related to there being more males in these settings. There is currently a lack of published research on institutional CSA within other religions (McNeish and Scott, 2018a).

There are significant challenges in understanding the scale and nature of CSA generally, including that abuse may not be disclosed at the time it is happening and the reliance of most studies on retrospective reporting by adults (Kelly and Karsna, 2018). When considering CSA of males, likelihood of underreporting is higher for a number of reasons including:

Sarah Nelson (2009) highlighted that myths about the cycle of abuse can also stop males disclosing. Many survivors told her they feared: “if I say I have been abused, others will think I will go on to abuse”.

Therefore, the true scale and nature of male CSA is as unclear as it is for females, perhaps even more so.

Identifying and acting on potential concerns about CSA can be challenging for professionals – we may not want to believe that a child is being sexually abused, we may not feel we have the evidence, or fear ‘getting it wrong’. Characteristics such as gender, age, ethnicity and disability can heighten this – we may be less likely to consider whether a very young or physically disabled child is being sexually abused. And the same can apply when thinking about boys, compared to girls.  These unconscious biases, held by us or multi-agency colleagues may influence our judgment, recording of case notes and decision-making.

For example, when thinking about male teenagers caught up in gang-related activity, do we routinely think about their potential victim experience or just deal with their presenting behaviours? Do we reflect on the impact that gender and ethnicity may have on the likelihood of young males discussing their traumatic experiences?

‘Change is in our grasp’

There is some way to go in tackling the historic and ongoing barriers to identifying sexual abuse of boys and ensuring they are protected and supported though the process of disclosure and dealing with the impact of sexual abuse. But inbuilt to the social work psyche is the concept of critical reflection; this provides strong foundations to be progressively inclusive in our CSA practices and processes.

To make this progress, we have a responsibility to consider not only our individual unconscious biases, but also those inherent in the systems, institutions, tools, assessment frameworks and theories within which we work – a majority of which are based on gendered, heteronormative, social-normative and Eurocentric assumptions (Brown et al, 2017; Brown and Strega, 2015). For example, in many of the risk assessment tools used for CSE, consideration of risk indicators of abuse associated with boys, members of the LGBTQI community, disabled children or cultural elements are entirely absent (Brown et al., 2017).

But change is in our grasp: as practitioners, managers and supervisors, we can examine tools like this and develop our processes and practices to serve and safeguard our diverse male population well. With just small changes in our approach, thinking and language we can make significant inroads to redressing the gaps in our response to male CSA. The following recommendations – which have been adapted from Nelson (2009); Sneddon et al (2016) and the Quality standards for services supporting male victims/survivors of sexual violence (2018) – are just some of the ways we can make positive changes:

Nick Marsh (@nmarsh78) is practice improvement advisor at the Centre for expertise on child sexual abuse. He is also currently undertaking a PhD at the University of East London researching adolescent development from a systems perspective and the impact of, and subsequent response to, child sexual abuse.

Brown, S., Brady, G., Franklin, A. and Crookes, R. (2017) The Use of Tools and Checklists to Assess Risk of Child Sexual Exploitation: An Exploratory Study. Barkingside: Centre of Expertise on Child Sexual Abuse

Heath, J. and Thompson, A. (2006) ‘Extrafamilial child abuse: An analysis of briefs of evidence to investigate relationships between perpetrator and victim characteristics’. In Katsikitis, M. (ed.) Proceedings of the 2006 Joint Conference of the Australian Psychological Society and the New Zealand Psychological Society. Psychology Bridging the Tasman: Science, Culture and Practice. Melbourne: APS Press

Palmer, T. (2015) Digital Dangers: The Impact of Technology on the Sexual Abuse and Exploitation of Children and Young People. Barkingside: Barnardo’s