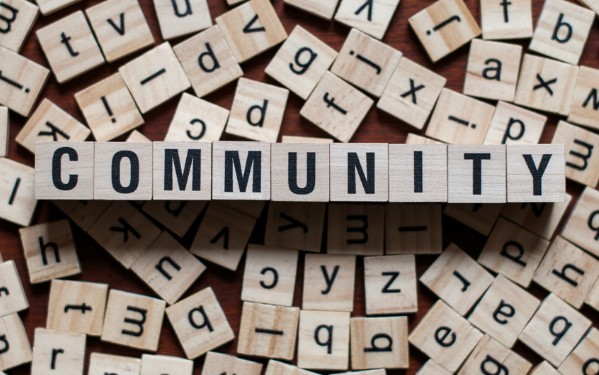 Unclear funding and commissioning responsibilities are hampering progress with the government’s programme to move learning disability care out of hospitals, according to a survey of mental health chiefs.

The Transforming Care programme was introduced in 2012 following the Winterbourne View scandal and promised to shift more care for people with learning disabilities into community settings and close significant numbers of assessment and treatment units (ATUs) and other inpatient provision.

But two thirds (66%) of mental health trusts whose services fall within the remit of the programme told the NHS Providers survey they were concerned about its effectiveness.

The lack of clarity over commissioning responsibilities between clinical commissioning groups and NHS England was highlighted as a barrier to trusts making progress, as was the lack of adequate community provision, which is needed to move people out of hospital.

What the figures say

As of the end of January 2019, 2,305 people with learning disabilities and/or autism were in inpatient settings, according to provisional statistics from NHS Digital. Of these, 58% had had a total stay of two years or more. The total figure is just 6.4% down on the figure of 2,465 recorded for the end of January 2018.

In 2015, NHS England set a target of reducing inpatient provision by 35% to 50% by March 2019, an objective incorporated into the NHS Mandate 2018-19, against which NHS England is judged by government. It said numbers had reduced by 20% since 2015, and that it was committed to reducing numbers by 35% as quickly as possible.

The NHS Long Term Plan, published in January, set a new target of reducing inpatient provision by half by 2023-24 on 2015 levels on a like-for-like basis, taking account of population growth.

Trust leaders reported concerns about the national leadership over the programme and the long delays in implementing it, and the fact that it did not have ‘enough of a profile’.

One chief executive described some developments to support the programme as ‘floundering’ because of the unclear funding and commissioning responsibilities.

Another said progress so far had been ‘simply inefficient’ and there was ‘a risk of vilifying health provision and securing inadequate social care provision that then collapses’.

Miriam Deakin, director of policy and strategy at NHS Providers, said the survey revealed “disquiet” among mental health trusts about the lack of progress on Transforming Care, which is leading to “many service users not getting the care and support they deserve”.

She added: “These failings are unacceptable and must be addressed urgently.”

The findings, published last week in an NHS Providers report on the care deficit in mental health services, follow widespread concerns about the programme’s progress to date.

In 2017, Seven Days of Action – a campaign group for the families of patients in ATUs – published a report that argued people with learning disabilities and autism had effectively become ‘commodities’ in a system where the NHS was highly dependent on private providers.

At the time, a former government lead on learning disability, Rob Greig, said there were some ‘real questions’ to be asked about the extent to which the slow progress on the Transforming Care programme could be challenged in relation to human rights.

Rob Greig: ‘We are going backwards on learning disability – there needs to be a fresh narrative

Chris Hatton, professor of public health and disability at Lancaster University, said: “[The NHS Providers] report rightly identifies worries about the progress of Transforming Care, particularly around the lack of decent support outside of inpatient units for children, young people and adults with learning disabilities and autism, and some commissioners still passing the buck.

“We also know far too little about the experiences of the hundreds of people with learning disabilities or autistic people who are using generic mental inpatient units, and whether these units are safe and working well for people.’

An NHS England spokesperson, said: “The NHS is committed to supporting people with a learning disability or autism to live happier and healthy lives, and backed by £54 million investment in community care has reduced the number of people in hospital by almost a fifth.

“While some areas of the country are hitting ambitious targets, the Long Term Plan will build on progress, investing in earlier intervention and ramping up specialist community care to help hundreds more people to live more independently in their community and closer to home.”

The NHS Providers survey also found that growing social and economic hardship is having a significant impact on demand for mental health services, with 92% of trust leaders pointing to benefit cuts and the universal credit system as key factors behind the pressures.

Mental health chiefs also reported that loneliness and isolation (97%), homelessness (95%), financial hardship (98%) and cuts to local authority-funded services (91%) were playing a growing role in the nature and volume of presentations to mental health services.

One respondent said that the cuts to local authority and voluntary budgets had ‘dramatically reduced’ the availability of services, adding that the NHS was ‘the only one still open’.

The demand pressures are compounded by workforce shortages, the report found, with only 9% of trusts confident that they have the staff they need and almost two thirds (62%)‘very concerned’ about the numbers and skills of staff that will be available in two years time.

“Current staff capacity is also being diverted to support service users with a greater number of non-clinical issues, such as negotiating the benefits system”, the report said.

Saffron Cordery, deputy chief executive of NHS Providers, said: “Trusts are working to meet the workforce gaps they face by using new roles and changing their skills mix. Where appropriate, that will include employing social care staff.

“But what we need more fundamentally is a benefit system that offers the right support for people who need it, rather than compounding or aggravating mental health problems.”

Hatton added: “The socio-economic factors identified in the report are also having a big impact on people with learning disabilities and autistic people – supporting people to lead a fulfilling life both includes and goes far beyond what services can offer.”

The survey was carried out in November 2018 and received responses from 36 mental health chiefs from 32 trusts, representing 59% of the NHS mental health trust sector.

‘Inadequate’ council praised for improvements that sees average social work caseload fall to 15
Sexual abuse of boys continues to be missed: what social workers can do