Children’s services trust to move to council ownership after overspending 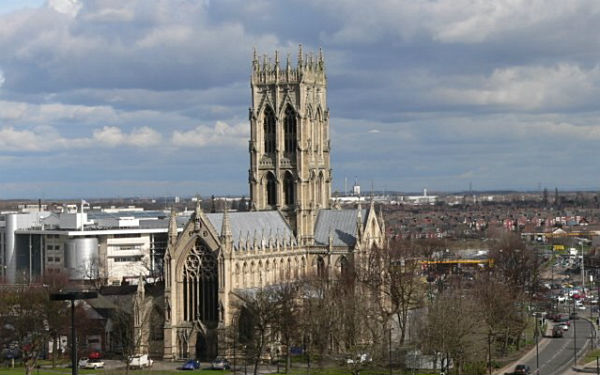 Doncaster, where the trust model has proved a success (image: Harleyamber / Wikimedia Commons)

This post was updated on 25 March 2019 to reflect further information provided by Doncaster Children’s Services Trust and the DfE.

England’s first independent children’s services trust, set up when the government ordered services in Doncaster be removed from council control, is to be handed to council ownership after needing more than £6 million additional funding in 2018-19.

The move, which the trust said was still subject to ratification by the education secretary Damian Hinds, follows a review carried out by the Department for Education (DfE) during 2018 into its governance arrangements, council documents said.

Subsequent statements by the DfE and the trust said the decision had been taken by the council and trust with the government merely playing an advisory role. A DfE spokesperson added that the department intended to remove the statutory direction that saw the trust created following a “health check” later in 2019.

From April 2019 the children’s services trust, which is currently the property of its members, is expected to become an arms-length management organisation (ALMO) wholly owned by Doncaster council. This will be for an initial five years, with the possibility of two further two-year extensions, according to a council report.

A number of board members will leave as part of a restructure to facilitate the change. But both the council and the trust insisted there would be no change to day-to-day operations.

Damian Allen, director of people at Doncaster council, said the new arrangements “do not change our responsibilities but will give us more oversight over budgets”.

Doncaster Children’s Services Trust, which achieved a ‘good’ grade from Ofsted just over a year ago, has been one of the most successful examples of services being removed from council control. Some other areas that have implemented similar setups, notably Slough, have struggled to achieve consistent improvements to social work practice.

But the financial sustainability of the trust, which had to renegotiate its contract with the council in 2016-17, has been an ongoing concern. The organisation’s most recent published accounts identified sustainability as a key risk factor, alongside its ability to reduce overheads and retain staff.

Last year Doncaster council approved extra funding of £6 million to the children’s services trust, £4.1 million of which related to cost pressures from 2017-18.

The council’s overview and scrutiny meeting in January heard that the complexity of cases being held by the trust’s looked-after children teams was exerting significant pressure on budgets.

Councillors also heard that “too many families were being referred in and were presently caught up within the system.”

Despite the £6m bailout, a cabinet meeting in February heard that the trust was set to overspend by £600,000 for the financial year, in part because of several high-cost placements. A report to the meeting nonetheless said the risk of the council and children’s services trust failing to set realistic budget targets had been reduced.

The planned ALMO setup is not a new concept. Many councils used ALMOs during the New Labour years to transfer their housing stock out of direct council control, while retaining ownership, in order to qualify for investment.

Other arms-length children’s services trusts, including those in Birmingham and Sandwell, also already operate similar arrangements to the one Doncaster is switching to.

Paul Moffat, the trust’s chief executive, said the new arrangements would “bring about a number of benefits for both organisations and will allow for reductions of certain overheads”.

“For example, as an ALMO the trust may be able to use the council’s insurance providers, or at least their brokers, which it is hoped will bring about some financial saving,” Moffat added.

He did not provide further details as to how savings would be achieved, given that the issues faced by the trust are common to children’s services departments across the country, many of which are overspending.

Moffat said the changes to the trust’s governance were necessary to make the organisation compliant with so-called ‘Teckal exemption’ criteria, which relate to public authorities procuring directly from companies that they exert control over.

“The council want the trust to continue to provide our services and in order to do so without the council having to conduct a procurement exercise once the direction is removed we need to be ‘Teckal compliant’,” Moffat added. “Establishing an ALMO means the trust can continue to be awarded contracts and deliver services on behalf of the council, something both parties were keen to ensure, resulting in being able to plan for the long term.”

Moffat said two non-executive directors from Doncaster council would remain with the trust’s board, along with the chair and chief executive.

‘Greater council control to be welcomed’

With the change in the children’s services trust’s governance not expected to have immediate HR implications either for social workers or other staff, unions gave backing to it moving closer to the council.

“Our view on the outsourcing of children’s services has been unchanged since before the days of the trust coming into being,” said Jim Board, branch secretary for Doncaster Unison.

“We have always been clear that children’s services should be run by local authorities, and any move to return the trust to public ownership and greater council control is to be welcomed,” Board added. “Ultimately we would want to see children’s services returned in-house and to be run as a publicly accountable public service.”

Board acknowledged that the pressures faced by the trust were not unique but said its financial performance, which the council is ultimately liable for, had been a source of frustration for the authority.

“It brings us closer together – currently [the council] must pay for the work of the trust, which puts pressure on its budgets and impacts on council staff, if you then have to make savings.”

Working with parents of looked-after children: key tips for social workers
A key part of being a social work student is service user feedback – why does this stop after qualifying?