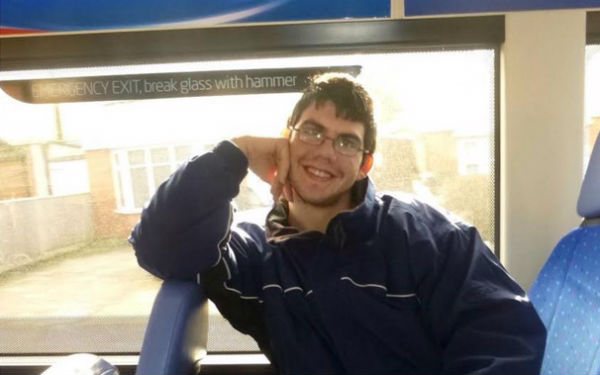 Professionals had opportunities to prevent the death of Phillip Nicholson, a young man with learning disabilities, a review has found (image: Dorset Police)

Professionals had “the knowledge, legal means, and opportunity” to prevent the 2015 murder of a young adult with learning disabilities, but did not take steps to do so, a joint safeguarding adult review and domestic homicide review has found.

The combined investigation by Bournemouth and Poole Safeguarding Adults Board and Poole Community Safety Partnership, published last week, identified “a lack of watchfulness and alertness” in respect of Phillip Nicholson’s adult safeguarding plan, which was delayed and was not updated to reflect changes to his situation.

A failure to reassess Nicholson’s capacity to make decisions about relationships was also labelled as “regrettable” by the report, which said that, as a result, staff had no alternative but to respect questionable decisions made by Nicholson.

Nicholson, who was described as having global developmental delay and had autistic traits, was supported to live independently by The Care Division (TCD), a domiciliary care agency.

In March 2014, he met Gossling via social media and the pair quickly entered a relationship.

He was judged to have capacity to engage in a sexual relationship when assessed in May 2013.

On 3 April, TCD made a safeguarding alert, raising concerns about Nicholson’s sexual relationship with Gossling, which was communicated to Poole council’s adult safeguarding service. This said Gossling was “forcing the physical aspect of the relationship” and “bullying him for money”.

In the following months, Nicholson’s relationship concerned professionals as Gossling took financial advantage of him; for example, taking out phone contracts in his name.

In August 2014, TCD and Poole adults’ services agreed a “protection plan and protocol” document setting out how Nicholson would be supported safely in his relationship with Gossling.

An adult safeguarding plan was produced by social workers in Poole’s community learning disability team, run by Dorset HealthCare University NHS Foundation Trust, in September, which specified measures to keep Nicholson safe. These included continuing support from TCD and the “reporting of any changes in behaviour or concerns”.

Nicholson contacted the police in September to report threatening text messages from Gossling, who was now pregnant; the messages warned him to “leave [Gossling] alone”.

Police believed Nicholson was the father of the child; however, Gossling had since started a new relationship with Moors.

By late September 2014, staff working with Nicholson concluded that the protection plan and protocol was not working, and a professionals’ meeting was called.

It was decided that Nicholson’s capacity to engage in sexual relationships was to be reassessed, with the review saying that staff doubted that he had the capacity to make these decisions. However, the consultant psychiatrist who had conducted the previous assessment was unable to repeat it because of the inconsistent responses that Nicholson gave to questions.

In May 2015, Nicholson received more threatening text messages from Gossling and Moors to the effect that “he was a dead man” and “should go and dig his own grave.”

According to recordings obtained from Gossling’s phone, on the morning of 26 May 2015, Gossling referred to the alleged rape of her by Nicholson, which appeared to anger Moors.

The pair then worked together to lure Nicholson to Gossling’s flat, making him believe Gina, another woman Nicholson had a relationship with, was at the property and wanted to see him. There he was stabbed to death.

The review identified a number of problems with plans to protect Nicholson, stating that risks of domestic and financial abuse “did not appear to be anticipated until they arose”.

The report concluded that risk assessment “appeared to be frequently reactive and insufficiently fluid”, highlighting that both the protection plan and protocol and the adult safeguarding plan were delayed.

“Despite the risks to Nicholson becoming apparent in April 2014, it wasn’t until late August 2014 that the protection plan and protocol… was finalised,” it said.

Moreover, the report said the MARAC appeared to assume the adult safeguarding plan would address the high risk of domestic abuse. Yet, there was “no evidence that they sought assurance that this was actually the case”, it added.

The report also considered the adult safeguarding plan to be lacking in a number of respects. It pointed out that, when the plan was considered not to be working, a professionals’ meeting was not held to review it and “it was not clear which agencies had a copy of it”.

It added that agencies involved in supporting Nicholson demonstrated “little focus” on safeguarding him from Gossling and Moors.

“Whilst the threat that [Gossling and Moors] jointly presented to Harry was most strongly visible only in the final month of his life, indications of this threat were apparent from November 2014.”

There was “an assumption” from agencies that the adult safeguarding plan was an effective vehicle for keeping Nicholson safe from a number of risks, including the risk of domestic abuse.

“This does not appear to have been the case”, the report concluded.

The review said it was “regrettable” that attempts to reassess Nicholson’s capacity to make decisions about relationships “was not persevered with or returned to at a later date.”

It said that, if a lack of capacity had been demonstrated and it was shown Nicholson could not “make decisions to protect himself”, then it would have “opened up the opportunity to consider what decision or actions could be taken on behalf in his best interests”.

Unable to reassess Nicholson’s capacity, the report concluded staff working with Nicholson “had no alternative” but to continue to assume that he had the capacity to make decisions on his own behalf, including “decisions which appeared rash, unwise or irrational”.

It was also highlighted that no arrangements were made for Nicholson to have the services of an advocate and said this “could have been beneficial” to support him in line with the second principle of the Mental Capacity Act, of providing people with all practicable support to make decisions for themselves.

The review made 13 recommendations, including that Bournemouth and Poole Safeguarding Adults Board and Poole Community Safety Partnership establish a joint task and finish group to make use of the learning from this review to ensure that the safeguarding adults and MARAC agendas are more closely aligned.

It said MARACs needed to better understand safeguarding adults and the vulnerability of disabled people to domestic abuse, and that adult safeguarding could learn from MARACs in areas such as tracking perpetrators who move from victim to victim, as was the case with Moors.

The SAR said that the Dorset HealthCare review should look at:

There is plenty of guidance on Community Care Inform Adults for subscribers on issues raised by this SAR, including:

Barrie Crook, chair of the Bournemouth and Poole Safeguarding Adults Board, said:

“It was crucial that this combined independent review was carried out in order to fully examine the events leading up to [Phillip’s] death and explore each agency’s involvement during that time.

“This was a very complex case and through this independent and very detailed process, all agencies involved have identified areas for learning. Actions have been taken as a matter of priority to ensure that circumstances leading to deaths such as this are prevented from happening again in the future.

“The overall conclusion of the combined review, which was completed in 2017, stated that there were key opportunities to intervene which seem likely to have afforded [Phillip] greater protection and may have restrained the behaviour of [the perpetrators].”

Meet the fresh approach that’s allowing this council’s adult social care practitioners to get back to what matters
Independent child trafficking advocates need to be ‘strongly visible’ to social workers to be effective, review finds