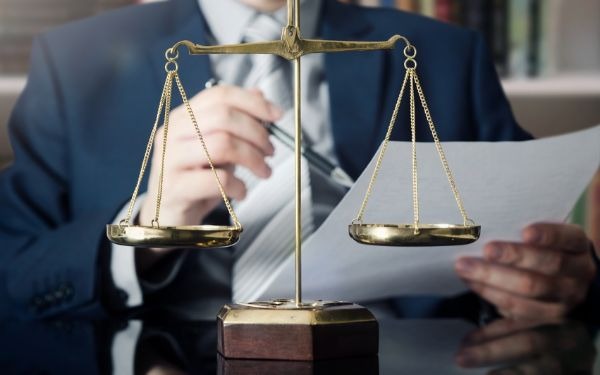 A judge has ruled in favour of a senior social worker who was fired from her local authority, concluding the dismissal was “outside the band of reasonable responses of a reasonable employer”.

Employment Judge Katherine Ross said the social worker, referred to as Mrs J Taylor, was wrongfully dismissed by Tameside council in 2018, finding she acted “conscientiously in exercising her professional judgment”.

Taylor was fired for “gross misconduct” by Tameside council for allowing a 17-year-old girl, referred to as Child X, to be taken out of her residential home for one night by the home’s manager to a caravan which was owned by the manager.

But Judge Ross found the council had wrongly equated potentially questionable decisions by Taylor, taken on the advice of the manager with the child’s best interests in mind, with misconduct.

‘Manage with a light touch’

At the time of the incident Taylor was a service manager overseeing residential homes as well as being responsible for looked after children, leaving care, fostering and adoption and private foster care. She was also the named lead for looked-after health, contact point for commissioning with health, housing for 16+ young people and the point of contact for unaccompanied asylum seeking children.

The residential children’s home responsibility was a late addition to her role, as was looked-after children’s support and contact services, despite her having “no experience or knowledge of managing children’s homes”.

Taylor voiced these concerns at the time but was told she could manage with a “light touch” because the managers in the homes were very experienced, the tribunal judgment said.

Child X exhibited “challenging and volatile” behaviour but had come a “million miles” in the children’s home, which the local authority was planning to close. She had been the sole resident for some time and the home manager noted her behaviour was “always better on a one-to-one” basis.

The home was not one that received emergency placements, but in October 2017 it was contacted by the council about a 12-year-old whom it wanted to place there on an emergency basis. Taylor initially challenged the attempts to place the child, referred to as Child Y, in the home but was overruled by James Thomas, Tameside’s interim director of social services.

After Child Y was placed, Child X’s behaviour dipped, and the home’s manager, Juliette Murphy, suggested to Taylor that it would be good to get her away from the home for a night or two. She recommended taking her to her caravan, which she owned at arms-length on a park where a company rented it out.

It had previously been refused as a place to be used by the council because of the conflict of interest of paying money to use a facility owned by an employee, but as this visit would involve no payment being required, it was agreed by Taylor.

There was also the safeguarding risk of X being out of the home with only one-on-one care. Taylor asked whether the manager and child would be safe and she responded that she had 30 years’ experience and the child wanted to go.

The judge found it was within the registered manager’s remit to make these decisions and the responsibility of the staff to undertake appropriate risk assessments.

However, Taylor had admitted at the disciplinary hearing that the decision had been referred to her and said the decision therefore lay with her.

While the trip was deemed to be a success, Tameside’s head of safeguarding then contacted Taylor to say it had been done without a risk assessment, which was brought to light following an unannounced independent visit to the home.

Taylor then contacted Murphy to ask about the risk assessment, who told her there were generic assessments to cover activities and lone working but not a specific one for the trip.

Two days after this Taylor was suspended, and was dismissed on 1 February 2018 for gross misconduct following investigatory meetings and a disciplinary hearing. She lodged an appeal but this was unsuccessful.

The council argued its grounds for dismissing her were conduct, namely that she:

‘No issue of conduct’

Thomas, who was the dismissing officer, genuinely believed she was responsible for misconduct, the judge said, but he accepted there was no financial conflict of interest and did not dispute that Taylor was not primarily responsible for conducting risk assessments.

He added that her “decision making was superficial and she had not adequately scrutinised the proposal for this planned trip as would be expected”.

However, the judge was not satisfied there were reasonable grounds for Thomas’ belief Taylor had failed to undertake appropriate checks before authorising the private caravan for council business, or the belief that allowing the child to be taken away on a one-to-one basis “amounted to a matter of conduct”.

“On cross examination Mr Thomas could not identify which policies and procedures were relevant,” the judge said.

She added: “I find that Mr Thomas relied on the fact he considered the claimant’s professional judgment that [Murphy] could take child X away on a one-to-one overnight stay was flawed. However, his dismissal letter does not identify why an error of judgment which he considered ‘seriously flawed’ amounted to an issue of conduct.

“Accordingly I find that although Mr Thomas had a genuine belief in the claimant’s conduct, there was no reasonable ground that either of the allegations amounted to an issue of conduct. The information relied upon by the dismissing officer were, in his opinion, errors of professional judgment.”

When considering “reasonable responses of a reasonable employer”, Judge Ross said Taylor had an unblemished record in 25 years of working with Tameside council, and made what she conceded to be “two errors of professional judgment”.

“It was undisputed that those decisions were made for good reasons,” the judge noted.

She added: “Any reasonable employer of this size and undertaking would have found that the claimant made a professional judgment with which other professionals could agree or disagree.”

It was also found Taylor’s personal circumstances were not properly taken into account.

She had only recently returned from extended sick leave as a result of an “unmanageable workload, lack of support, together with family issues including bereavement and illness”. Tameside council had been rated ‘inadequate’ by Ofsted the previous year and she was still under the care of her GP.

The judgment added: “She and all other employees expressed great concern about placing Child Y in [the home] with Child X: that was a decision authorised at the highest level, namely by Mr Thomas himself.”

In making her judgment, Judge Ross concluded: “A reasonable employer of this size and undertaking would not dismiss a social worker with lengthy and unblemished service for an error of professional judgment in permitting a young person to be taken away overnight on holiday, where another experienced member of staff had made that suggestion and undertaken to carry out the appropriate assessments in the usual way.”

She added that the dismissal was “outside the band of reasonable responses of a reasonable employer”.

Judge Ross said there was no breach of contract, that nothing Taylor had done came close “to any of the examples in the list of gross misconduct” and that she had been wrongfully dismissed.

“I find the claimant made a judgment relying on the experience Registered Manager with the best interests of child X at heart. I decline to find there was any culpable or blameworthy conduct on that occasion,” the judge ruled.

The judge ruled that both claims for unfair and wrongful dismissal were “well-founded” and succeeded, but added award and compensation should be reduced by 10% for “contributory fault” after the Taylor accepted with hindsight the authorisation of using the employee’s own caravan was a “flawed” decision.

Responding to the judge’s ruling, a Tameside council spokesperson said: “The council prides itself on its strong and positive employee relations record having an enviable record of no finding against it by the Tribunal of over 20 years given a workforce of over 7,000 employees and collaborative working relationships with its employees and their trade union representatives.

“The Council also takes its safeguarding duties very seriously and unfortunately on this occasion the employment tribunal did not agree that our approach to safeguarding children was the overriding objective.

“We do not intend to make comment on the case itself as that would be inappropriate as the facts speak for themselves including the finding of contributory fault by the employee.  We intend to respect the finding of the court while continuing to safeguard the rights of vulnerable children.”