There has been a ferocious reaction to the abuse depicted on last week's BBC programme, which has been directed at providers, commissioners, government and the regulator

Ten staff members at a learning disability hospital have been arrested after a BBC Panorama programme showed footage of staff appearing to mistreat patients.

Following an investigation into alleged abuse of patients at Whorlton Hill psychiatric hospital, Durham constabulary confirmed it had arrested seven men and three women in connection with the undercover recording, which showed carers being violent towards patients.

Police said arrests were made at addresses in the areas of Barnard Castle, Bishop Auckland, Darlington and Stockton on Friday 24 May, with the staff questioned about offences relating to abuse and neglect.

Sixteen staff had been suspended by the hospital after the programme first aired last Tuesday.

Police said they would seek cooperation of the BBC Panorama production team in gathering further evidence.

The programme depicted abusive behaviour towards people including of Alex, a 20-year-old woman with autism who had been at Whorlton Hall for nearly a year.

Alex is one of those patients.

She’s 20, autistic and has been at Whorlton Hall for nearly a year.

We showed her family undercover footage of care workers mistreating her. pic.twitter.com/YGnqm7m5SX

The hospital, run by Cygnet Healthcare, who acquired the previous provider, The Danshell Group, last year, is now closed, and patients have been moved to other services.

The CQC, which last inspected Whorlton Hall in March 2018 and rated it as ‘good’ in 2017, has apologised for failing to uncover the abuse on its last visit.

The reaction to the programme was all the greater because it came eight years after a similar Panorama documentary revealed abuse at Winterbourne View, a learning disability hospital near Bristol. This led to a government programme, Transforming Care, to end all inappropriate placements in hospital for people with learning disabilities or autism by 2014, through their replacement with effective community support.

However, currently there are an estimated 2,245 patients in such hospitals – a figure NHS England is aiming to halve – and, as this week’s Care Quality Commission review into long-term segregation of adults and children in hospital revealed – many are experiencing poor care and environments.

Last week, the government was called upon by former care minister Norman Lamb to give its response. 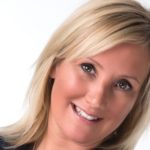 “The actions revealed by this programme are quite simply appalling…and I absolutely condemn any abuse of this kind, completely and utterly,” said Caroline Dinenage, the current minister, in response.

She apologised, “on behalf of the health and care system”, to victims of the abuse and their families. She set out the actions had been taken after the government, NHS England, the CQC and Cygnet were informed about the programme’s revelations:

Dinenage said that the following questions needed to be answered:

In response, Lamb asked whether there would be a criminal prosec by the Health and Safety Executive into the provider, but also turned his fire on the persistence of an institutional model of care. 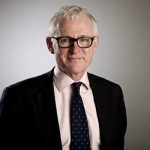 “The system continues to sanction a model of care that is outdated and wrong. If people are contained in institutions, a long way from home, awful things will happen behind closed doors. Will the secretary of state [Matt Hancock] take personal responsibility to close down institutions providing the wrong model of care. Why does the CQC continue to register new instituionss offering inappropriate instutitional care? Do they need new powers? What lessons should we learn from the fact that CQC rated this place as good? Is this another case of whistleblowers not being listened to? How much was Cygnet charging the NHS per week for this awful abuse and neglect?”

Reaction from people with learning disabilities

The self-advocacy charity Speak Up, which is run by people with learning disabilities or autism, has posted a number of responses from its staff on its Twitter feed.

Here is Jodie from @SpeakupSA response to @BBCPanorama Jodie didn’t watch the programme last night she watched it this morning at work pic.twitter.com/3oNNpZ9sWC

There have also been messages of support for people who had been abused at Whorlton Hall and elsewhere, or received services in similar settings.

Seen tweets from people who were previously incarcerated in places like Whorlton Hall.
To each & every one of them: in awe of your fortitude in watching that utter horror. Thank you for your solidarity with the 2,300 people still at daily & hourly risk of similar abuse.
1/2

While some of the response to the programme has focused on ways of preventing such abuse, many in the sector have said that the key is ending the provision of care to people with learning disabilities and autism in hospitals.

We are giving the Cygnets, the Priorys etc too much purchase. If we switch the conversation to the person – what is best for Alex? then nobody is going to answer “Whorton Hall is the most appropriate, least restrictive option for Alex”.

The Belgian nails it. https://t.co/C8xKQ9BmLc

The role of commissioners

Some respondents pointed the finger at commissioners for sending people to Whorlton Hall.

Any commissioner who procured Whorlton for one of their citizens should show leadership and resign. The failure wasn’t a lack of visiting or missing hidden abuse. It was sending people to institutional ‘treatment’ when that was the MOST inappropriate form of care for them.

Winterbourne View, Whorlton Hall etc are what happen when you send people away from their local areas & services. There’s a dearth of specialist provision in London (& yes, sometimes some people need hospital care), people routinely miles from anyone who will effectively monitor

The role of the CQC

While the CQC has apologised for failing to uncover the abuse, there was a lack of sympathy from many.

We very clearly missed the abuse at Whorlton Hall, and we are sorry.

We must better assess the experience of care of people who may have impaired capacity, or even be fearful to talk about how they are being treated because of the way that staff have behaved towards them.

Please stop with this. Of course it’s hidden. It’s your job to uncover it. The CQC are not the victims here. https://t.co/vddFvJqjhl

Jeez. The Panorama programme is far worse than I imagined…

How many of our people are suffering this?

And the CQC cant find this?

I think one cultural problem within @CareQualityComm is that inspectors tell people they are there ‘to look for the good and build on it’. I’ve never quite understood that. Wouldn’t it be to look for the truth. https://t.co/MhrURF0K96

Why developing social workers is the key to success at this ‘outstanding’ council
Low take-up, pay incentives and concern over rollout: the latest on social work accreditation