Devon council's chief officer for adult care awarded OBE, as are husband and wife team for work with children affected by domestic abuse 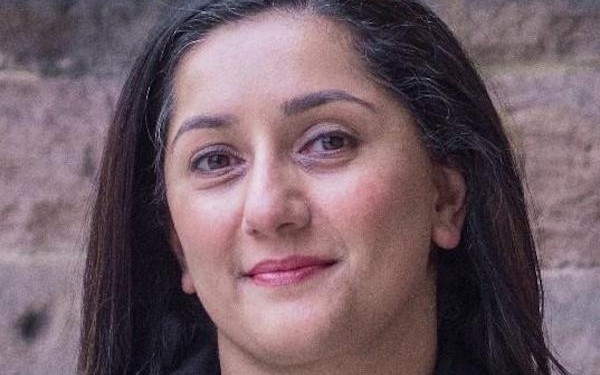 Photo: Qualified social worker Tayyebah Jiva, who has been awarded an MBE

A qualified social worker who helped promote adoption and fostering among Muslim community groups has been awarded an MBE in the Queen’s birthday honours list.

Tayyebah Jiva, who has worked with vulnerable children for over 20 years, was given the award in recognition of her work with international charity Penny Appeal.

Jiva played a crucial role in securing funding from the Department of Education for the project in 2017, which helped to provide Islamic guidance on adoption.

Academic research was also commissioned from Coventry University as part of the initiative.

‘Nothing is more rewarding’

Speaking about her award, Jiva said she was “humbled and honoured” to have been recognised for her work: “I have always been proud of the work I do with vulnerable children and their families; nothing is more rewarding than knowing that I am part of a service that has improved countless lives.

“I love being a social worker and I feel very privileged to be able to keep children safe from harm and to guide families towards healthier relationships.”

Chief officer for adult care and health at Devon council, Jennifer Stephens received an OBE for her services to social care.

Stephens began her career as a social worker in a number of London boroughs, and has gone on to hold various leadership and management posts within the sector.

She is currently responsible for delivery of services to adults with mental health need, long-term conditions. She also oversees the protection and safety of vulnerable adults.

Vice chair of the independent review of the Mental Health Act Steven Gilbert was also awarded an OBE for his services to mental health. He took to social media to express his delight:

I am excited to announce that I’ve been recognised in the Queens Birthday Honours List and that I am being appointed OBE for services to mental health.
This is one of the most amazing things to happen in my life and I am grinning from ear to ear. 😎 https://t.co/kwToNtER4d pic.twitter.com/MSp4jLCgsD

Work with children and families

Gillian Haworth, the founder and until recently chief executive of the Intercountry Adoption Centre, was awarded an OBE for her work with vulnerable children and families.

Meanwhile, husband and wife David and Elizabeth Carney-Haworth from Cornwall, co-founders of the police and education information-sharing partnership Operation Encompass, were given the same award for their work with children affected by domestic abuse.