How a social work computer management system is made 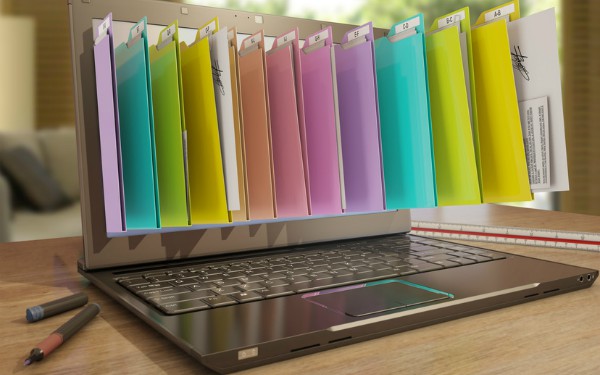 Delivering software for children’s social care is challenging, partly because some of the requirements could be seen to conflict with one another. Given that social workers are busy, the software must be quick and easy to use. However, managers want the software to guide social workers through good practice, which can slow them down, and Ofsted want to see a comprehensive history of events when they review a case file.

In addition to this, the performance team requires the capture of significant amounts of data, so that they can generate the statutory reports. You can add to the mix that every local authority operates differently, wants to configure the software to support their way of working AND the agenda is constantly changing.

So, just as children’s social care is a complex and demanding service, so this is a complex and demanding IT requirement. This explains why social care IT is a niche market with just a handful of suppliers – it isn’t easy. In the last 15 years several very big IT companies that serve local government thought that they could simply ‘bend’ their existing system for social care. All of them failed. To work in this market, you have to be focused on it. It is specialist.

So how do we develop social care software, how do we deploy it, and why is it that some councils are happier with it than others?

Deciding what we develop, and then designing it, is done between customers and our analysts, a number of whom are qualified social workers. We have online forums, national and regional user groups, and smaller customer focus groups that shape our product roadmap; and finally, a product board with customer representatives that makes the final decision about what enhancements we group into each release. It is genuine co-production.

To implement a system, we don’t simply drop the software into a customer site, wish them luck and wave goodbye. Because each authority manages their service differently, there are better outcomes if the product is tailored for each customer, and we provide support for this. While all our customers use the same product, there is flexibility in the ‘configuration’. For example, around how a customer sets the flow of tasks; what needs authorising and by whom; when alerts trigger; the content of the assessments, plans and forms; all of which can be locally controlled.

Our analysts and social workers guide customers through a series of workshops which define the configuration and result in us delivering back a configured system. We have some out of the box good practice models that can speed this process – some of our own and some authored by others, such as Family Safeguarding and Signs of Safety,- but authorities usually want to put their local stamp on system configuration.

But you may ask why you should have to pay attention to the system at all? Why can’t it just be simple and work?! Well, we could facilitate that by delivering a pre-configured system based on our view of good practice…but we have tried that and it rarely works. Rightly or wrongly, every council wants to configure the system to their practice and procedures, and if the system doesn’t reflect these it causes problems.

Yes, there are some out of the box configuration models, but they divide opinion and tend not to cover the whole service spectrum, and let’s not forget that we had a national model once, it was called Integrated Children’s System (ICS), and it didn’t go down so well.

Once the system is live, authorities begin to learn about the aspects of their configuration that are working well and those that need tweaking, and it pays dividends to monitor and refine the system configuration on an ongoing basis. However, the importance of this is not always recognised. The difference between a council that uses the system well and gets good returns from it, and one that doesn’t, can be down to just one person who understands what the product can do and has the authority to flex it to match the local service. This bridge between the product and the service is a vital role and one that is often best done by a senior social worker who has an appetite for using the system. You don’t have to be technical; you just have to be curious.

Why the system needs to be engaged with

I will give an example of what can happen if this is not done. A customer called recently with a worrying concern. Social workers said that it was too time consuming to make a child subject of a child protection (CP) plan on the system and instead they were keeping separate spreadsheets. This is clearly dangerous.

When we investigated it transpired that when the software was first implemented some years previously, the service had just been criticised for not adequately evidencing why they had been making children subject of CP plans; so at that time they chose to configure the system to make it mandatory for a CP conference pre-meeting report to be recorded on the system before the child could be made subject of a CP Plan. Also, their pre-meeting report was long, with lots of mandatory questions. These settings were designed, by them, to ensure a full audit trail around any CP decision.

However, as time moved on and staffing levels reduced, the social workers became frustrated with having to fill in the long pre-meeting report and stopped doing so, and this had the knock on effect of them not being able to make the child subject of a CP plan on the system. We spotted this very quickly. Changing the configuration literally took seconds – the pre-meeting report is no longer mandatory for a child to be able to have a CP plan. The customer also simplified and shortened their pre-meeting report – something which is quick to do. The process has been streamlined by the customer, with guidance from us, and the problem has been resolved.

This was a classic example of a service being frustrated with a problem which was rooted in their own configuration choices, and which they had the tools to change.

So, what is my point? It is that feeding, watering and engaging with your system is a vital part of running social services, and the management of the system needs to be embedded within the service. Suppliers like us also have a big responsibility, of course, and we need to keep improving on our software and services; but there are significant gains to be had for many authorities if they can more effectively apply the technology they already have, and this deserves management focus. A well-configured system makes a real contribution to service quality and staff happiness and retention. In the current climate, this is more important than ever.