Councils to get £1.5bn for adults' and children's services though £0.5bn conditional on raising council tax for adult care

By Alex Turner on September 4, 2019 in Adults, Children 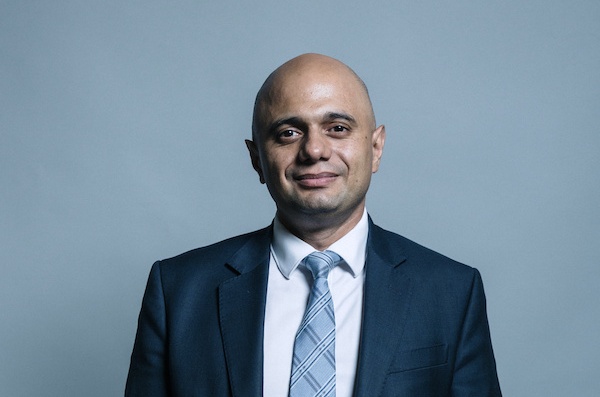 The chancellor has announced an extra £1.5bn in funding for adults’ and children’s social care for 2020-21 as part of today’s spending round, which was heavy on public-sector pledges.

The fast-tracked one-year announcement, planned as a precursor to a multi-year spending review due in 2020, was billed by Sajid Javid as marking the end of the past decade’s austerity policies.

The chancellor said overall spending on local authorities would be the highest since the coalition took power in 2010 – though Institute for Fiscal Studies analysis showed it would fall far short of reversing cuts made in that time.

Javid’s Labour counterpart, John McDonnell, dismissed the £13.8 billion spending round – which has been heavily overshadowed by ongoing Brexit chaos – as “grubby electioneering” aimed at neutralising the issues most likely to damage Conservatives in any forthcoming poll.

Spending round documents released after Javid had made his speech revealed the £1.5bn headline sum includes £500m that councils have the option to raise via a council tax precept for adult social care.

The remaining £1bn is to be split between adults’ and children’s services, with authorities determining how it is distributed between the two services.

The chancellor described the measures as offering a “solid foundation” that would deliver a “downpayment” on wider reforms to adult social care to be implemented at a later date.

Separately, Javid announced an extra £30m to tackle child sexual exploitation, as part of a 6.3% increase to Home Office funds.

Sector bodies welcomed the funding boost but warned it offered no longer-term stability.

A statement from the British Association of Social Workers said: “While access to £1.5bn of new funding for councils to spend on social care was announced, this is merely a sticking plaster for a long-term funding and structural solution needed for adult social care – which is suffering a reported £2.5bn shortfall just to stabilise the sector.”

“It is concerning that there no specific mention of addressing the massive hole in public sector funding for children’s services,” the statement added.

Julie Ogley, the president of the Association of Directors of Adult Social Services (ADASS), said it was a “positive first step” that local authorities and care providers at least had clarity for the next year.

““It is not as much as we and others have set out is needed, and we will want to understand the detail including how this fits with other funding for local government and the NHS,” Ogley added.

David Williams, chairman-elect of the County Councils Network and leader of Hertfordshire County Council, said the chancellor’s announcement was “hugely significant” for the network’s members, some of which have faced particularly tough challenges due to the wide and remote areas they must service.

One county council, Somerset, the subject of a recent Panorama documentary on the care crisis, has launched a petition calling for cross-party discussions to take place before Christmas in order to end the social care funding shortfall.

“We are pleased the government have listened to our calls for a funding boost and the additional £1bn for social care, coupled with council tax flexibilities, will give councils some real breathing space over the next 18 months and will allow us to protect vital services for our communities,” Williams said.

But he admitted the long-term issues “remain considerable”.

Meanwhile Sally Warren, director of policy at The King’s Fund charity, said the money for adult social care was “the bare minimum needed to patch up services for another year, and not enough to improve services for the people, families and carers who are being let down by the current system.

Hours before Javid made his spending round speech, a cross-part group of MPs published a report underlining the need for reform of the care work sector, backed by substantial investment.

The review by the All-Party Parliamentary Group (APPG) on Social Care drew on evidence from care workers, employers, charities and academics, and was described as offering a “dynamic contribution” to consultations around the long-delayed social care green paper.

The research underscored the chronic and interlocking problems faced by the sector around staff turnover, pay, competition from other sectors and the absence of training and development opportunities and standardised qualifications.

Some estimates put the number of employees leaving care jobs within 12 months of being taken on at almost 50%, the report said.

Speaking anonymously, one employer acknowledged that the rates of pay on offer from hard-up local authorities meant they were “forced to rip off carers every week by not paying them petrol money”.

The review made six key recommendations, including:

Louise Haigh, the Labour MP for Sheffield Heeley who chairs the APPG, said the review showed the system was “fundamentally broken”.

“While it requires serious, sustained funding, the sector equally requires fundamental reform and that must begin with the professionalisation of its chronically under-valued, exploited and degraded workforce,” Haigh said. “The findings of this inquiry report should form the premise of that urgent conversation going forward.”

If we don’t learn lessons there will be a fourth ‘Post-Winterbourne view’ initiative
Fewer hearings, less stress and more social work involvement: how new regulator is reforming fitness to practise