Brighter Futures for Children in Reading moves up to 'requires improvement', but inspectors warn instability affecting relationships with children 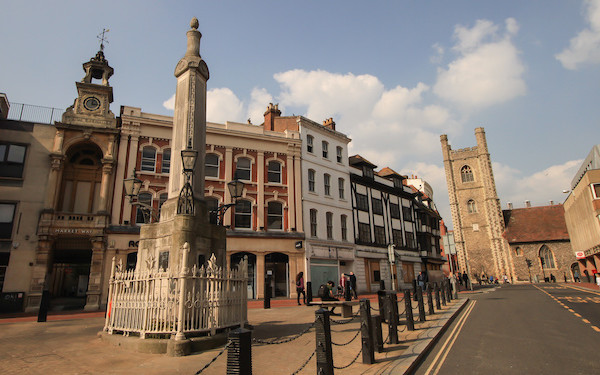 An arms-length company that took over children’s services in Reading late in 2018 is beginning to lay the foundations of a “resilient and sustainable service”, Ofsted has said.

In the first full inspection since services in the borough were judged ‘inadequate’ in 2016, inspectors said that Brighter Futures for Children (BFfC) was “beginning to deliver results”, in giving them requires improvement rating.

Longstanding weaknesses were being tackled while areas of strength – in particular around early help – were being maintained, Ofsted said.

Nonetheless, significant areas for improvement remain, including high social worker turnover, which are undermining relationships with children, and the quality of child in need plans, which lacked measurable actions and timescales.

Ofsted noted that in the wake of Reading’s 2016 ‘inadequate’ verdict, a revolving door among senior staff had led progress to be “slow and inconsistent”.

This had changed in recent times, with partner organisations “now viewing the senior leadership team as responsive and visible”. Within the new children’s services company, issues around budgets and staffing structures had also been resolved, inspectors added.

Early help services continued to be an asset to the borough, the inspection found, while a new multi-agency hub was staunching the flow of referrals into statutory services, with thresholds well understood by partners. Where child protection concerns had been identified, responses were mostly swift and thorough.

Nonetheless, inspectors found, “the legacy of weak practice” meant too many children had been referred into services multiple times. Meanwhile child in need work was found to be an area of weakness.

“Many child in need plans are a list of actions to be undertaken, and the template used for recording plans does not assist social workers,” Ofsted said. “Consequently, it is difficult to measure progress and to hold parents and professionals to account when outcomes are not achieved.”

While senior leadership at BFfC was now stabilised, Ofsted found high staff turnover – in common with many employers recently rated ‘inadequate’ – was continuing to pose serious problems across the company’s services.

“This has a negative impact on children’s capacity to form meaningful relationships with their social workers, and it is more difficult for workers to understand the child’s experience or for children to make sense of what is happening to them,” inspectors warned. “Some children have stopped talking to their social workers.”

Churn was affecting the quality of child protection casework, of court work, and of relationships with children in care, some of whom said they found it “hard…to trust social workers”, the inspection found.

More positively, inspectors said BFfC had sponsored a number of unqualified staff members to train up as social workers. “This group of staff are very positive about the support and training they have received and plan to continue their careers in Reading.”

Ofsted added that actions by BFfC had begun to bring down caseloads, which were now at a “manageable” level for social workers interviewed during the inspection.

Management oversight of cases had also improved but could still be more effective in “ensuring children’s cases progress in a timely way,” inspectors said.

“This has given staff a tremendous boost, in both morale and pride in their work,” he said. “It’s also a great message for the children, young people and families we serve to know that the services we provide are getting better.”

Liz Terry, Reading council’s lead councillor for children’s services, also said she was proud of staff and “delighted” by Ofsted’s verdict, but that it needed “to translate into better life outcomes for vulnerable children, young people and families in the town”.

“There is no doubt challenges remain, and the council will continue to work collaboratively with BFfC to continue to drive further improvements and to ensure this positive direction is sustained,” Terry said.

What does the most effective support for children going into care look like?
Over 90% of looked-after children waiting for statutory befriending service are from BAME backgrounds, finds research