By Charlotte Carter on February 25, 2020 in Workforce 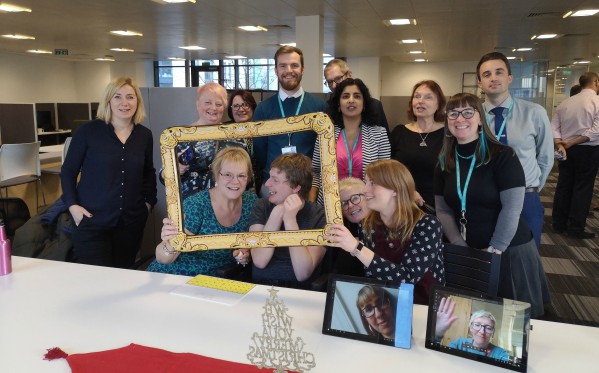 This story was updated on 2 February.

Professional regulators are often seen as faceless organisations, who only the minority of practitioners subject to fitness to practise measures come into direct contact with.

However, since it took over the regulation of social work in December, Social Work England has sought to present a more human face to the profession, particularly through the introduction of regional engagement leads, a role that did not exist under its predecessor, the Health and Care Professions Council.

The team of eight, who are all registered social workers, travel extensively within their regions, visiting social workers, employers and universities, disseminating information from the regulator, while listening to professionals and relaying their feedback to Social Work England colleagues.

‘Ambassadors’ of the regulator

“They’re for explaining [to the sector] what we’re trying to do, the approach we want to take and testing that out, asking if what we’re doing is right for them and how do we change?

So far, the team has collectively seen about 4200 people face to face, Blackmore says.

“They’ve made contact with 127 principal social workers (PSWs) while also linking in at a strategic level, going to things like the Association of Directors of Children’s Services (ADCS) and Association of Directors of Adult Social Services (ADASS) workforce development meetings, going to the last PSW meeting which took place in December and really reaching out as much as possible.

“So they’ve been a really active bunch, particularly on Twitter.”

Blackmore jokes that there’s no need to check their diaries to find out what they’re doing, as “we just have to see what they’ve tweeted about”.

‘Travelling here, there and everywhere’

“It’s travelling, it’s connecting and it’s bringing back communications from those meetings to then feed back to the regulator,” she says.

Metcalf has worked in adult social care for 18 years, most recently as a senior practitioner for a physical disabilities service in Brighton and Hove. Ready for a “more strategic role”, she says she jumped at the opportunity to become a regional engagement lead, seeing it as a way to contribute to “this new chapter in social work”. 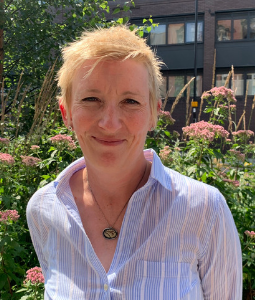 “In the last six months we’ve covered a lot of ground, we’ve put the feelers out, we’ve asked people how they want to engage with us, then we’ve taken that back and combed through feedback to come up with an engagement strategy.

“I’ve visited a number of local authorities and run workshops about how social workers can maintain registration, how they log CPD and answering any other questions people have about Social Work England,” she adds.

North East lead Catherine Witt moved into the role on the back of a 30-year career in the profession, most recently as children’s and adults’ PSW in Sunderland, a post she held for five years.

Witt says there was something “very compelling” about the organisation and the implementation of a “more regional presence” that really appealed to her.

Like Metcalf, she has been spending the bulk of her time travelling and talking face-to-face with as many relevant people as possible.

“At the moment I try and spend at least two or three days on the ground in the region. Often I’m putting on ‘learn in your lunch sessions’ where we do the introduction to what Social Work England is, who we are, how we’ve got there, what we actually do and why its relevant to them.” 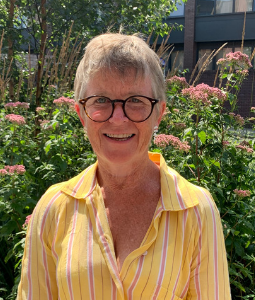 One topic that comes up is the online accounts that social workers are expected to sign up to and on which they must log at least one piece of CPD during the now one-year registration cycle. Over 40% of practitioners have now logged in though there have been teething troubles relating to CPD recording.

“If it’s a group of social workers, it’s about signing up onto their account and talking through the changes to CPD, how they should be doing it and recording it,” she says.

For employers, a critical issue is knowing when to refer an issue with a practitioner to the regulator for possible fitness to practise proceedings.

Both Witt and Metcalf have been helping to develop an employers’ workshop, to give advice on when it’s appropriate to raise a fitness to practise concern and identify when it’s an issue for the employer to deal with themselves. The workshop will be piloted in two parts of the country later this year.

The regulator hopes the regional engagement leads will “alleviate pressure on council departments in dealing with concerns about their practitioners in-house”.

Metcalf says the leads can be seen as “a bit of a conduit” and an open door into the regulator.

“Depending on who’s asking and the issue at hand, if you’re not sure you can contact one of the regional engagement leads locally to start a conversation.

“When I say that to people their shoulders drop down, there hasn’t been this role and resource before – someone regional to go to, previously people have had to email and wait for a response,” she says.

Staying true to the profession

No longer working on the frontline, Metcalf says she’s trying to “stay mindful of how busy social workers are”.

“I think it’s quite easy to lose sight that a social worker’s main priority is keeping children and adults safe, so in my role I’m trying really hard to stay true to what a day in the life of a social worker is like.”

While a few aspects of Social Work England’s approach – notably the lack of a registered social worker on the board besides chief executive Colum Conway  – have not been welcomed by sector bodies, regional engagement leads are among those that have been positively received.

: Following comments under the article raising concerns about the lack of diversity among regional engagement leads, Social Work England gave the following response: “Social Work England is committed to recruiting, retaining and developing a workforce that reflects our diverse communities. The photo is not representative of the whole organisation, nor was it intended to be. We strive to be a fair employer, offering employment opportunities to a range of people. We believe that having staff and partners at all levels from a wide range of backgrounds and skills will help produce ideas and solutions that may not come from a smaller range of groups.”

Claudia Megele, chair of the Principal Children and Families Social Work Network (PCFSW), has spoken positively of the role.

“Principal social workers and the PCFSW network are supportive of the work of Social Work England. In fact, SWE engagement officers have linked with the PSW regional chairs and are getting out to local authorities.”

Beverley Latania, co-chair of the Adult Principal Social Worker Network (APSW), has said the network felt the transition [from HCPC to Social Work England] “seems to have gone okay with the introduction of regional leads, who have made themselves known to local groups and employers of social workers”.

What’s next for regional engagement leads?

Witt says an engagement strategy is being developed in light of the feedback the regulator has received through the regional engagement leads and various other means of consultation.

“Co-ordinating that activity [the corporate and engagement strategies] together will have a real impact and there will be a greater synergy,” Witt said.

She says it’s hoped the employers’ workshops, to give advice on when it’s appropriate to raise a fitness to practise concern, will come into effect later in the year because the leads “will have had time to have a more meaningful impact” in their regions.

Meanwhile Metcalf says the regulator is looking to run further engagement events “in places we haven’t been to before”, in a bid to move away from the “London-centric mindset”.