By Alex Turner on March 5, 2020 in Children, Social work leaders 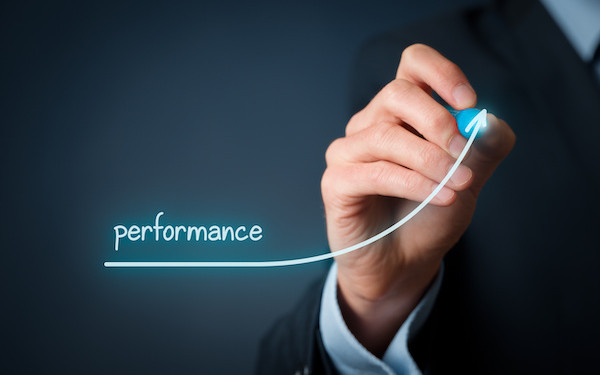 In contrast to their last visit in December, which found poor auditing holding back progress at Together for Children (TfC), inspectors’ latest monitoring visit found senior managers had improved oversight and now had an “accurate understanding of their service, including areas for continued development”.

Ofsted’s letter following its visit in February – the fourth since TfC’s 2018 ‘inadequate’ judgment, which followed an even more negative verdict for Sunderland council in 2015 that prompted the trust’s formation – also noted the organisations’s continued focus on recruitment and retention.

In an interview with Community Care, TfC’s chief executive Jill Colbert said the children’s services trust had “the capacity, skills and talent to really grip our work” since establishing a permanent senior management team, and was now in a position to look forward to its next full inspection.

“It’s not that we didn’t know what we needed to do before; it was simply that we lacked stability in the workforce and quality and capacity at leadership level,” added Colbert, who has been in post since 2018.

Aside from senior managers, inspectors found rates of agency staff usage had dropped across the children’s services trust and that caseloads were falling, in part thanks to 22 newly qualified social workers employed over and above agreed workforce numbers. This is despite official government figures showing caseloads had risen from 16.5 to 20.3 from September 2018 to September 2019.

Frontline social workers knew children they were working with very well and “spoke enthusiastically about the children and the work they were undertaking”, which was mostly of a solid standard, Ofsted said.

Meanwhile children whom inspectors interviewed were positive about their roles in “change councils” and about the approach of senior staff.

Support from the DfE’s Partners in Practice programme, through which Doncaster Children’s Services Trust has been assisting TfC, had continued to underpin improvements in Sunderland, Ofsted said.

Weaknesses in children with disability services

As well as TfC’s work with children in care, Ofsted’s focused visit inspected services for children with disabilities in Sunderland after the trust self-reported weaknesses.

Some of the concerns identified included conversations with police about child protection issues being missed, and the local authority designated officer and Ofsted not being informed about issues with children’s home standards.

“While child protection investigations have been undertaken in the team over the last six months, this has not happened in all circumstances where there have been safeguarding concerns,” inspectors said. “While children have received support, the appropriate safeguarding procedures have not always been followed.”

More positively, Ofsted noted that TfC had appointed an additional team manager to improve patchy management oversight in the children with disabilities team, and commented favourably on senior managers’ openness about the concerns and their plans to address them.

‘We need to embed consistency’

Speaking to Community Care as TfC received the letter, Colbert said Ofsted’s assessment contained encouraging signs for the trust, given that services for children in care were already the strongest area in the last full inspection, when it was rated ‘requires improvement’.

“The letter says improvements have been made since 2018 – we feel pleased that’s noted and we are firmly aiming for ‘good’ at our next full inspection,” Colbert said, adding that this could potentially take place during 2020.

Colbert added that she was pleased Ofsted had recorded not just that numbers of looked-after children – down 12% year-on-year – had dropped, but that those who had come into care had had their cases reviewed by senior managers, and that placements were suitable for their needs.

“After the 2015 and 2018 inspections more children came into care than probably was appropriate, because of anxiety and a lack of confidence in our ability to meet their needs,” she said. “We don’t want making a child looked-after to be anything other than a grave step – we are trying to support families to stay together.”

Colbert said the trust anticipated at least one more monitoring visit before any full inspection, that the focus now would be on setting a single standard of practice across the organisation.

“We owe it to the people of Sunderland to get out of being ‘inadequate’,” she said. “We can see very strong practice but there is also still legacy work of poorer quality – we need to embed consistency in all areas of the business.”