Responses to coronavirus will increase abusers' ability to isolate victims and reduce ability of social workers and other practitioners to identify and tackle problem, say experts

By Charlotte Carter on March 23, 2020 in Children, Coronavirus 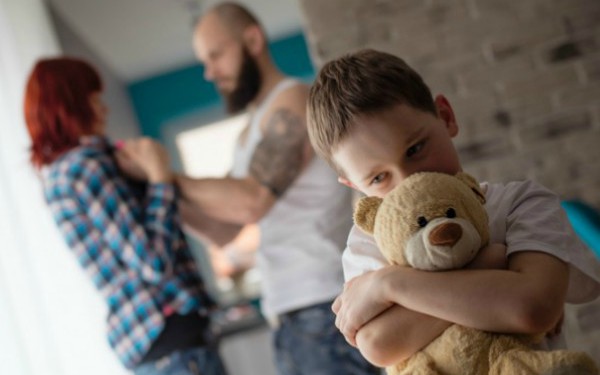 Increased isolation from the response to Covid-19 risks worsening the level and severity of domestic abuse and reducing social workers’ ability to tackle the issue, experts have warned.

Before prime minister Boris Johnson announced radical curbs on people’s contact with others, charities and academics working in domestic abuse said the response to the pandemic risked posing significant risks to victims.

While it was too early to know how the pandemic would affect domestic abuse rates, there were “plenty of reasons to expect the rate of abuse will increase and the severity will increase”, said Dr Hannah Bows, deputy director of the Centre for Research into Violence and Abuse (CRiVA) at Durham University.

“What we do know is one of the key tools perpetrators use is isolation, it’s a tactic that’s widely used in order to control somebody.

“People are already physically isolated with no escape from perpetrators and any contact they may have had with family or friends has been severely restricted,” she said.

The government’s new rules, announced today, are that all people stay at home other for essential grocery shopping, for medical need, to carry out one form of exercise a day or to travel to and from work if they absolutely cannot work from home. This is in addition to the requirement for individuals with the symptoms of the virus – a new and continuous cough or a high temperature – to self-isolate for seven days and for anyone they live with to do so for 14 days.

Refuge chief executive Sandra Horley agreed, saying: “While in lockdown or self-isolation, women and children are likely to be spending concentrated periods of time with perpetrators, potentially escalating the threat of domestic abuse and further restricting their freedom.

“Abuse is a choice a perpetrator makes, and isolation is already used by many perpetrators as a tool of control.

“In the current climate, it is certainly more challenging for women suffering abuse [and] lines of communication could be severely limited if women are unable to leave the home,” Horley said.

Bows said the situation also severely lowered the chance of another person or agency picking up on signs of abuse.

“It can be as simple as a teacher asking a question when someone takes the kids to school, a teacher will ask questions or another parent might pick up on something at the school gate.

“If none of those daily interactions are occurring, the likelihood of someone triggering a safeguarding concern is a lot lower,” Bows added.

The British Association of Social Workers has already raised concerns about social workers’ ability to identify abuse, including domestic abuse, under the current circumstances.

Bows, who is also associate editor of the British Journal of Social Work, said the response to the pandemic will likely push social workers into “quite silo working”.

“Social work doesn’t operate in isolation, we rely on referrals between different agencies, social workers will also be missing out on the potential to pick up on abuse because it looks like care visits will likely be reduced,” she said.

Bows also rasied concerns about the capacity of domestic abuse services, particularly refuges, at a time of increasing need.

“There will be fewer staff around due to sickness and self-isolation and in a refuge context it’s not only about keeping men and women safe, but it’s also about the programmes that are delivered.”

“It’s a comprehensive package that refuges offer, so my concern is also about the mental wellbeing of these women, trauma doesn’t stop just because we have a national pandemic,” Bows said.

A Refuge spokesperson said data around refuge capacity and uptake for its helpline were still being collated.

“In the first week, we’ve just been making sure our services are continuing to run and our staff are safe, while also getting our helpline up and running so staff can work remotely.”

The Refuge freephone helpline (0800 2000 247), staffed by a team of trained female advisers, is operating 24/7, and women can use an online contact form to request a callback at a safe time, if they are unable to phone because they are with the perpetrator.

“The primary message we want to get across is support is available and our services are continuing, we would never attribute abuse to a particular time or event, abuse is a decision that a perpetrator makes,” the Refuge spokesperson added.

Thank you social workers: why we’re clapping for you

DfE issues guidance on managing isolation in children’s homes during coronavirus outbreak
Social work diary: ‘It’s hard for anyone to know what to do with the situation changing daily’
‘Exploitation does not stop at 18’: chief social workers highlight gap in support for young adult victims