Practitioners need national message to give parents confidence that their children will be safe and benefit from returning to school, directors' leader tells MPs 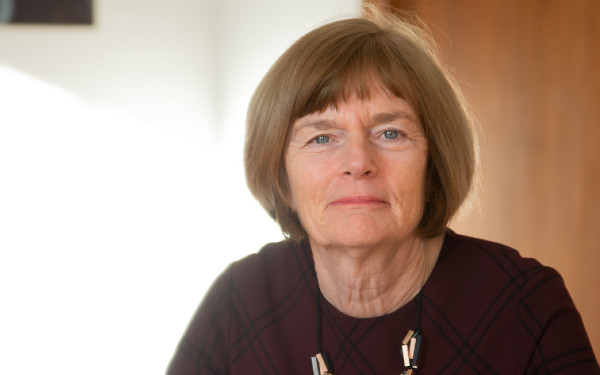 Social workers need a “strong message” from government to help them encourage parents to let ‘vulnerable’ children return to school as coronavirus restrictions ease, the Association of Directors of Children’s Services (ADCS) president has told MPs.

In a session with the House of Commons education select committee, Jenny Coles suggested it was always likely attendance among children with special educational needs and disabilities, or social care involvement, would be low during the lockdown period. While the government has recommended they attend, this is in the context of schools being shut to all other children except for key workers, many of whom have also chosen to keep children at home if they can.

The issue attracted media attention after figures released by the Department for Education (DfE) revealed that only 5% of ‘vulnerable’ children had attended during the early weeks of lockdown, which included the Easter holiday period.

“The government needed to be clear about [its initial overarching message of] ‘stay home, stay safe’ and parents have taken that on board,” Coles said.

More broadly, only 2% of all children have been in class. Plans announced this week by the government provide for a general return of those in reception and years one and six as early as 1 June. Persuading parents of the safety of that decision will be hard within that timespan, Coles told the committee.

Nonetheless she said that within her authority, Hertfordshire, school attendance among pupils on child protection plans was now 25% – higher than for other vulnerable groups, which include children in need and those with an education, health and care (EHC) plan – and rising.

‘Local workers need to be able to provide confidence’

“We are now moving to a different phase, and a strong message [around returning to education] would really help social workers,” Coles said in response to a question from Conservative MP Caroline Johnson. “It would help local workers give confidence to parents – a national message will be really important [that it will be] good for your outcomes and safe to do so.”

‘We’ve never had to do anything like this’: new ADCS head praises social workers’ adaptation to coronavirus

Social workers who have spoken to Community Care recently have said there has been little attempt by their employers to coerce parents and carers into sending children to school, due to justified fears about contracting and spreading Covid-19.

Javed Khan, the chief executive of Barnardo’s, who was also appearing in front of the committee, said he would not blame any parent for not sending a child to school.

Khan criticised the government’s messaging, which has changed this week as plans have been published to ease lockdown restrictions, for becoming “confused” and said a “considered” national campaign was needed to persuade both families and teachers that reopening schools is safe.

Coles added that both schools and local authorities need a five- or six-week lead-in before teaching recommences, to ensure support for children – including mental health and behavioural, as well as educational – is in place.

Worst yet to come

During the session, both Khan and Coles reiterated warnings that for children’s services, the coronavirus pandemic’s worst impact was likely still to come due to an expected surge in referrals as the lockdown lifts and children become more visible.

It is widely expected many children not previously on the radar of professionals could require support in future due to pressures experienced during lockdown, not least because of families being pushed into poverty due to lost earnings.

Coles said that while, so far, the children’s services workforce had held up better than had been expected, the expected spike meant the biggest challenges still lay ahead.

Questioned on recent controversial amendments to legislation that relax duties to children in care, Coles repeated ADCS statements that the association had been consulted by the Department for Education (DfE) about possible changes during the lockdown’s early stages, but had not fed into the eventual regulatory changes. The DfE has justified the changes on the grounds that sector leaders called for flexibilities.

“We need to keep children in care looked after and respond to families,” Coles said. “Flexibilities will only be used in an emergency, and be carefully monitored.”

However, the changes – which are due to last until 25 September but could be extended by the government – have provoked significant opposition from children’s charities, Labour and the Children’s Commissioner for England, Anne Longfield.

They have argued that the changes were unnecessary, as the children’s workforce was currently sufficient to meet demand that has reportedly fallen in some areas, and were rushed through without debate. Meanwhile some campaigners have claimed the government’s agenda is to permanently relax duties to children beyond the emergency.

Khan said he was glad Longfield had raised concerns about the justification for the changes.

He said he could “understand the logic of some of the relaxations” given the unprecedented context but called for independent oversight of their use.

Khan added that he could foresee a “perfect storm” if, as historically been the case, the expected recession results in more budget cuts to local authorities at a time when general belt-tightening means donations to charities fall.

Khen said a shift in local authority thinking was needed, away from competitive tendering for services and towards deeper strategic partnerships with providers through which resources could be pooled and solutions to problems sought.