‘We’re here to protect and empower people with the odds stacked against them. Over video, it’s hard’

An adults' learning disabilities social worker, a child exploitation specialist and a children with disabilities team manager share their perspectives on social work during the pandemic

By Alex Turner on June 3, 2020 in Adults, Children, Coronavirus 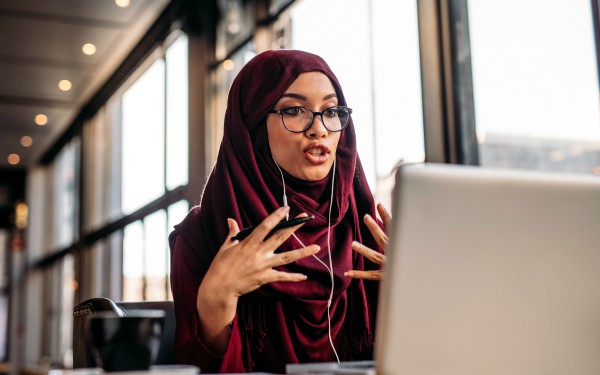 While those responses produced some strikingly consistent themes – around the impact of social restrictions on practice, and on how the people social workers support have endured increasing hardship under lockdown – they also underlined the very different challenges practitioners have faced depending on which branch of the profession they belong to.

We interviewed three practitioners – two working with children and young people, and one with adults – to hear in more detail about those problems and the work being done to overcome them.

It’s been very hard to do certain things during lockdown. Working with people with learning disabilities and autism, there are often communication issues – lots of it might be around reading non-verbal signs and body language.

Not being able to see that, see the dynamics in a room is difficult, especially for mental capacity assessments but also safeguarding enquiries. We will do an emergency visit if we think the criteria are met, but other than that there’s lots of checking in by phone or video call, and some of that compromises the true message of what’s going on, and risks can maybe be masked.

It’s pretty frustrating. Ultimately we are there to protect, work with, support and empower a group of people who are very discriminated against and have the odds stacked against them. We can’t do that effectively and properly by video chat – when you’re in the room it’s easier to balance power dynamics and bring a client or an advocate to the fore. On a Zoom meeting, there can be background noise, technical problems – it’s not impossible but adds a range of novel challenges.

When you’re working with people who are non-verbal, use signing or are even more nervous when using technology to speak with, not being able to meet face-to-face really significantly impairs the quality of communication.”

It’s to the extent that we are compiling a list, whereby for mental capacity assessments, because we have to do them, we will revisit as soon as possible and repeat them. As a supervisor, looking at the quality of what I am getting from people, we are all doing the best we can but it’s not very good, or anywhere near good enough, compared with our usual practice.

Thinking about people we support, I’m concerned about parent carers who have had all respite removed, about the impact on people with learning disabilities or autism who are stuck at home – around mental health, behavioural issues, what domestic abuse has cropped up, and what safeguarding issues we have not found out about.

So far though, I don’t get the sense of a tsunami of need from our duty team or from other conversations. Maybe I am being naive? It may be there’s lots of additional work we have to respond to, but hopefully we’ll have some chance of mapping things out and responding adequately. It’s things like mental health support people might need, to address the legacy of what for some will have been unpleasant but manageable, while for others is extremely traumatic.

The young people I work with are used to having a strong team closely around them. That can’t really work under lockdown, so there are fewer eyes on them and they haven’t got positive influences – things we were trying to hook them into are gone so they’re being pulled back towards more negative things. Kids are also saying there are fewer people willing to move drugs [under lockdown] so more pressure is being put on them.

In terms of young people going missing, being arrested out-of-borough and telling us they’ve been forced or paid to go, it has really increased. We’ve been discussing whether that’s because all the other stuff that normally gets in the way – as in the little missing episodes that aren’t really that risky – has been stripped away.

But as time has gone on it’s just all the time, kids being arrested at other ends of country. It’s positive they are being picked up more by the police, because they are being brought home.

But more kids are going missing for long periods – lots of them for weeks at a time.”

In a small, multi-disciplinary team like mine, most members have not able to see young people for one reason or another. I’m fortunate to have no health conditions, but even the number I can visit has really reduced – it’s only the really risky ones. So, obviously, there is less capacity for support, and for relationships with kids to be maintained.

Video and phone calls are great, but they’re not the same as being able to pick kids up and say, “Let’s go for a drive and talk about what’s been going on.” Compared with mainstream social work, there’s a lot more focus on their relationships with people outside of the home, on substance use – all things that are hard to talk about on a video call. It feels like we’re missing a lot of information we would normally be told face-to-face – they will just go, “I’m fine, stop worrying, everything’s okay.”

One other related thing is that, because we are a multi-agency team, and traditionally the police are very guarded, being face-to-face and having those office relationships kind of breaks that down a bit. But when everyone’s working from home, it’s really easy for separate parts of the team to go into their little corners. Positive stuff around multi-agency working can get lost, and that all feels like more of a battle.

It makes me sad to see how much is going on for kids, and that we cannot support them as we’d like to. Thankfully some youth offending services are starting to be reinstated now, which is really positive because some of those workers are really important to kids. I think once more places in the community where we can go with young people are open again, things will be easier.

The children with disabilities team manager

We scoped out, just before the crisis, all our families with social workers and put contingency plans in there for children we knew couldn’t just be cared for, because of specific needs, by just anyone. We prioritised those families, with agencies we work with and said that if anything happens then you need to not stop delivering services to them.

We also looked at those families we knew would go into crisis, and what it would look like – challenging behaviour, the impact of sleep deprivation with schools closed, the impact of children not attending respite, meaning there is literally no break for parent carers. We wrote to all our parents and carers explaining our plans – everything virtual until we could get PPE.

Then we said okay, within our team who can support the delivery of these emergency crisis interventions, work to support the social workers, and how can we work with schools around which high-risk children need to come in, otherwise their family situation would break down? In the current situation, reception into care, which is already difficult, would be almost impossible.

We picked the pathways most likely where families would struggle and looked at delivering against them with appropriately qualified professionals. In our networks we have put together packages, offered additional listening visits to parents, and have managed to secure an unlimited Zoom license for them.

These families are already socially isolated because of the needs of the children they care for.”

We want to bring a facilitated meeting run by a different professional each week, where they can have a focused discussion or just chew the cud over a coffee, share some ideas.

It’s been a tricky time as a manager – during lockdown, working from 7am to 1am has not been unusual – trying to manage team cohesion, and keep communication going, because we all know that at times of stress people all act differently. It’s important to be aware of each employee’s personality, living circumstances, health conditions, caring responsibilities, and how they might be at this point in time. It’s been about trying to ensure we deliver on statutory stuff we cannot compromise, but making sure it’s proportionate, and not waiting for cases to go into crisis.

There have been some plus points [of practice under lockdown]. You do get some additional time – whereas with every visit you might have to allow 30 minutes each-way travel time, doing things virtually you have that extra hour, so frequency of contacts can increase. If someone had asked me a year ago about all my staff working from home, I would have said no, that’s not okay, because of peer support, this, that and other. It’s been really interesting to see things work, despite the IT problems.