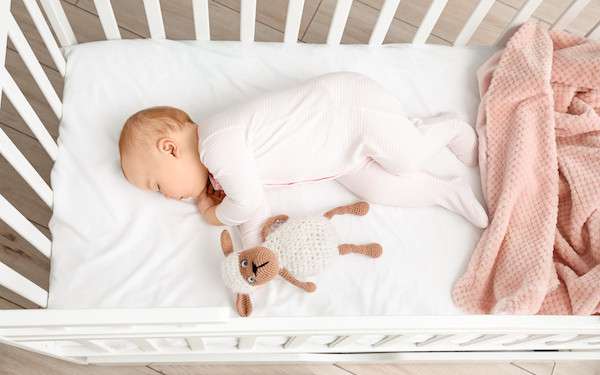 Promoting safer sleep should be more embedded in social workers’ wider safeguarding practice with young children, a review has found.

The study, by the Child Safeguarding Practice Review Panel, called for the Department for Health and Social Care (DHSC) to develop new tools to help all practitioners involved in safeguarding partnerships – not just health professionals – prevent sudden unexpected death of infants (SUDI).

The research examined 40 cases in which infants had died, finding that 38 involved co-sleeping and that safeguarding concerns around domestic abuse, neglect,  parental mental ill-health, and substance misuse – which can make co-sleeping dramatically more risky – were also common. It warned that the current pandemic context could be exacerbating many of these factors.

In 10 of 14 cases studied in depth, families had current or previous involvement with children’s social care, with 12 of the 14 involving circumstances that indicated a high risk of significant harm.

But, the study said, “safer sleep conversations and risk assessments tended not to be sufficiently joined up with wider plans to work with the family in addressing safeguarding concerns and changing circumstances”.

“Safer sleep conversations took place and were documented, but explicit safety goals in relation to the sleep environment were not evident in plans developed with the family,” it added, with some areas taking steps to address this amid a “patchy” national context.

The review found that in most cases where infants had died, there had been unexpected changes in family circumstances, including, in some instances, escalating safeguarding concerns that professionals had not fully comprehended.

“A key question is the extent to which SUDI in out-of-routine circumstances, while not predictable, can nevertheless be made more preventable,” the document said.

The study report said it was striking that in each case, “just a bit more vigilance” around safe sleeping advice could have prevented the death.

It added that assessment of child sleeping arrangements had often been seen as a “discrete task” rather than being explicitly linked to a wider assessment of the family’s environment and lived experience.

Some practitioners who spoke to researchers acknowledged that neighbourhood deprivation had in recent years come to be seen as a “new norm”. This meant that some risky behaviours such as smoking during pregnancy could be tacitly acknowledged rather than triggering a referral for extra support.

Others felt that information for parents needed to be “more direct and hard-hitting” in explaining the consequences of an unsafe sleeping environment, as opposed to presenting lists of dos and don’ts.

A literature review conducted as part of the study found parents’ actions were likely to be influenced by trusted peers, including relatives.

It concluded that interventions focusing on families, not just mothers, were likely to be more effective, and that these must be founded on relationships that were non-stigmatising and non-judgmental.

‘Much more we can do’

Responding to the review, Charlotte Ramsden, the vice president of the Association of Directors of Children’s Services (ADCS), said its findings were helpful in terms of informing the development of practice models.

“The panel found some examples of good local practice but there is much more we can do to work with parents, particularly the most vulnerable, to prevent these tragedies from happening in the first place, and to address a wider range of risks to children’s health and safety,” Ramsden said.

Ramsden added that ADCS welcomed the review’s emphasis on the importance of “differentiated and responsive multi-agency practice”, because this formed the core of all effective safeguarding work.

“We know that the impact of Covid-19 is exacerbating many of these risk factors for families which makes the report’s findings even more important,” she said. “Therefore, alongside improving how we work with families locally and nationally to address the issues of safe sleeping and the wider related risk factors, we need greater government investment in services that support parents with the challenges they face.”