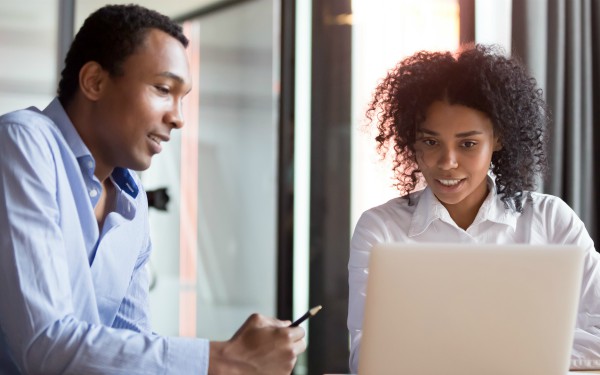 Children’s social workers undertaking the assessed and supported year in employment (ASYE) benefit from proactive employer support to manage the conflicting demands they face, an annual review of the programme has said.

The report by Skills for Care, in its role overseeing the children’s ASYE programme on behalf of the Department for Education (DfE), found staff “widely welcomed” support around how to prioritise their commitments, including by directing them to diarise protected development days.

But this was not always provided, with some organisations taking a “hands-off” approach towards newly qualified social workers doing the ASYE during what is for many a stressful period of transition into the profession, the review noted.

Visits to employers that informed the report found that dedicated programme co-ordinators could “transform the ASYE from an organisational requirement into a highly positive personal and professional development experience”.

It also reiterated the message of the 2019 annual report that the success of ASYE programmes – which can significantly improve social worker recruitment and retention – hinged on buy-in throughout organisations, from senior leaders down.

Managing NQSWs’ workloads, the review said, remained a “challenging balancing act” for all employers, with the dialogue between the social worker and their supervisor, and the use of a learning and support agreement, playing crucial roles.

But it listed a serious of concerns about excessive emphasis being placed on NQSW-supervisor dialogue, including around a lack of clarity, consistency and transparency between managers and teams on monitoring workloads, and difficulties in protecting caseloads during stressful periods.

“It remains the case that regular, planned supervision is often the first casualty in times of high pressure – the very thing that is needed most may not be available,” the report said.

Some employers had accordingly developed service-wide agreements relating to how NQSWs’ workloads are identified and managed – but these relied on the ownership of leaders and the compliance of operational managers, it added.

The review warned that there was considerable variation around the support offered to ASYE assessors – who were mostly team managers, but also sometimes assistant managers and senior practitioners.

“Unfortunately, access to training for supervisors is not universally available and we visited some organisations where supervisors received limited assistance and poor recognition of their assessment role,” it said. “This was reflected in a negative perception of the ASYE, with low priority given to the assessment process.”

Despite the concerns over consistency, the review found that most ASYE programmes were achieving basic requirements, with few “fundamental problems”.

An important observation from visits was around the scale of the impact ASYE co-ordinators can have. “These individuals are the backbone of successful ASYE programmes,” the report said.

“Many co-ordinators feel very responsible for ‘their NQSWs’ and play an important mediation/advocacy role as well as offering practical advice and guidance about portfolios etc,” the report said. “We came across some striking examples of pastoral support from ASYE co-ordinators, which were significant in keeping NQSWs in the profession when encountering extreme personal or professional pressures.”

Along with supervision, supportive teams and workplace cultures were “pivotal” to NQSWs’ wellbeing, researchers found. Senior leaders who actively took an interest during stressful times were described by NQSWs as providing “comfort” and “assurance”.

Interviewees also praised employers’ commitments to wellbeing via access to services such as massage, meditation and sessions with a psychotherapist. Such provisions were cited earlier this year by the director of children’s services at North Tyneside council as having helped the department to achieve an ‘outstanding’ Ofsted grade.

Positively, the review also observed that some employers were “actively considering” extending some of the extra support social workers receive during their ASYE into their second practice year – a transitional phase that a major government study last year highlighted as a crucial pinch-point for many.

What is required of ASYE programmes

Employers receive £2,000 for every social worker on their ASYE programmes, the first half of which is paid on registration on the programme and the second on completion.

While employers are responsible for quality assuring, as well as managing, their programmes, they are expected to meet specified criteria for doing so in a process overseen by Skills for Care. These are that:

Commenting on the review, Skills for Care’s head of regulated workforce, Graham Woodham said: “We are committed to working with employers and another partners to support the development of good quality and consistent ASYE programmes.

“This report shares our current understanding and best practice identified with employers in child and family services showing how ASYE is making an impact, whilst also identifying themes for continued learning and improvement.”