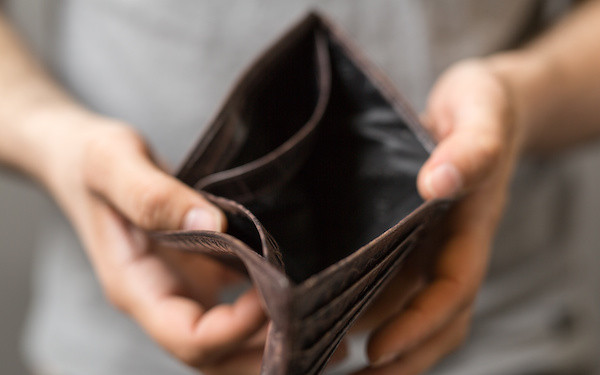 Increasing poverty is making it much harder for social workers to support families to make meaningful changes in their lives, a report has warned.

A survey of 129 practitioners – 117 of them social workers – between January and March 2020 found the “vast majority” of families receiving services were poor, with 94% saying the prevalence of this had increased.

Social workers who completed the survey, conducted by the Child Poverty Action Group, Association of Directors of Children’s Services and Child Welfare Inequalities Project, reported a range of factors that made working effectively with families under severe financial strain more difficult.

These included practical challenges, such as families being unable to afford travel to appointments, or being unable to attend them because of the irregular work patterns that are a feature of insecure employment.

In its 2020 report on living standard, poverty and inequality in the UK, think-tank the Institute for Fiscal Studies said that:

“It is hard to work with a family and support them to make meaningful and lasting change when their economic situation is going to remain the same,” one respondent said.

“Sometimes we are able to pay off some debt or apply to a charity which will do this,” they added. “However, the stress that some of our families are under is immense.”

Another social worker said they felt “powerless” in the face of structural issues around money, employment and housing.

Almost three-quarters of respondents reported that more than 50% of their caseload featured families struggling with debt and poor housing, with 41% saying that this was the case across more than 75% of their workload.

“Parents are so focused on survival that doing work to address deeper-rooted issues is so hard,” a third respondent said.

A guide issued in 2019 by the British Association of Social Workers (BASW) urged social workers to bring a greater focus onto families’ socio-economic rights, arguing that poverty was too rarely taken into account in assessments or during interventions.

One social worker who responded to the recent survey drew attention to a local poverty strategy as having made a positive impact on work they were undertaking.

“We are fortunate as an authority that we do not ignore poverty as a significant issue for families and therefore tackling it is part of our children and young people plan and we have a tackling poverty strategy for the city,” they said. “We also have an active group of social workers and managers across the city working together to better understand the best resources we can access and how to ensure we support families and not blame families.”

Asked about the reasons families were facing increased hardship, 78% of respondents said that more than half of the children and families they work with had been hit by benefit changes, including the introduction of universal credit (UC), sanctions, the benefit cap, the two-child limit and the bedroom tax. Of this number, 41% reported more than three-quarters of children and families were affected.

Community Care Inform users can brush up on their knowledge of the benefits system by accessing our welfare rights guides, written by Gary Vaux, head of money advice at Hertfordshire council, which are available for Inform Children and Inform Adults subscribers.

Social workers also cited cuts to other services – especially child and adolescent mental health services (CAMHS) – as having had a negative impact on their work with children and families.

Echoing the findings of many previous studies, a number of respondents noted that a lack of support and preventive services inevitably resulted in situations escalating before families accessed support.

Responding to the survey findings, Jenny Coles, the ADCS president, said: “One in three children in England are living in poverty today – their experiences can often be overlooked and their voices go unheard.”

Coles said ADCS had supported the exercise as a means of raising awareness of the pervasive impact of poverty, which damages childhoods and life chances.

“It means cold homes, overcrowding, hunger and stress, which can lead to family breakdown,” Coles said. “It means charities stepping in to fill the gaps left by the state and schools feeding pupils and their families over the summer.

“This is simply unacceptable,” she added. “We hope the findings of this survey will serve to strengthen our collective calls for action on child poverty by policy makers, sooner rather than later.”

‘We are not cases that can be closed’: why I help educate the social workers of the future
Local carers for local children: how one authority is investing in fostering excellence