By Mithran Samuel on August 21, 2020 in Children, Workforce 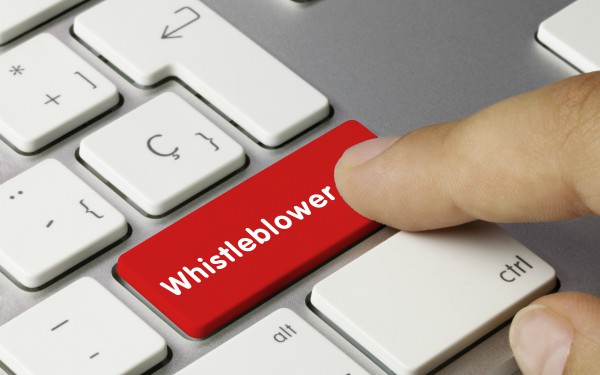 A council has apologised unreservedly after an independent probe into its children’s social care service found a ‘culture of fear’ and that senior managers unilaterally overrode practice decisions taken in children’s best interests.

The report – by Malcolm Newsam, an experienced children’s troubleshooter and former director – upheld most of the complaints brought earlier this year by 31 whistleblowers – mostly children’s services managers – about the leadership of the service and the safety of children.

Though Newsam’s full report into the whistleblowers’ complaints, brought through a collective grievance by the Unite union, has been kept confidential, the council this week published a learning report drawn up by Newsam summarising his findings.

The whistleblowers alleged that the service was “failing to keep children safe due to poor and dangerous decision making” and Newsam upheld their complaint in 13 of the 21 cases he examined in detail.

Though he found no cases where children were at immediate risk, Newsam identified examples of senior managers “unilaterally over-riding the collective planning arrangements that are in place to ensure that decisions are taken in the best interests of the child”.

Newsam, who was a director at five councils prior to a long career as an improvement consultant and government-appointed commissioner, said this was unusual in his experience, adding:  “In many of these instances the decision-makers ignored the best advice of multi-agency meetings designed to ensure that children are kept safe, and in this regard, they potentially placed a significant amount of risk upon themselves and the council.”

He also found that the priority the senior leadership placed on keeping children with their parents meant children’s needs were lost sight of as “wrap around” alternatives to care were either not available or unsuitable.

Newsam also upheld a complaint that “a culture of fear has been allowed to grow in children’s services”, echoing the findings of an internal 2019 report whose findings were not shared with managers, creating the impression it was “buried”.

The 2019 appreciative inquiry report had found “an expressed fear of speaking out” in a “chaotic” working environment where the style, tone and timeliness of leaders’ communication to staff created “resentment, confusion and anxiety”.

Newsam found that these problems continued after the 2019 report, which he said could have formed the basis of a more collaborative approach between senior management and staff, but this opportunity wasn’t taken.

He found the belief in this culture was widely held by the managers he interviewed, including those who had not blown the whistle.

It was driven by a service struggling to meet high demand, in which caseloads were “unrealistically high”, a situation exacerbated by the “regular transferring of cases caused by the departure and arrival of successive agency social workers”.

One trigger for these transfers was the removal late last year of temporary peripatetic teams, who had been brought in to help clear a surge in referrals earlier and were responsible for some of the most vulnerable children on the council’s caseload. Newsam said this created “risks to the service”, adding that the ending of the contract for the teams took place with one week’s notice during the Christmas break in 2019, which compounded the disruption caused by their removal.

Newsam said that the replacement of these teams by “hub” teams was “ill-thought out and poorly communicated”, with no business case made and the hub teams set up without agreed operating procedures and with less qualified staff – who were also from an agency – than those they replaced.

“The introduction of newly qualified and unqualified staff to undertake work usually undertaken by qualified experienced staff was not something that could be done without a careful risk analysis. Similarly, sourcing these staff from an agency provider was ill-advised and could only lead to an additional cost pressures and a greater reliance on temporary staff.”

This was not the first or only such change, with Newsam adding: “It has been made apparent that the regular changes in service size and structure has been a major destabilising characteristic within the service and will have contributed to the sense of chaos many staff have referred to.”

He also found that the engagement of external consultants, who were perceived to have too much authority, also contributed to the culture of fear.

He also found clear evidence that senior managers’ use of consultants did not follow council policy and procedure and lacked scrutiny, such that safeguards to protect the authority against allegations of preferential treatment or misuse of public money had not been adhered to.

Newsam did not uphold complaints that there had been a loss of trust and confidence among partner agencies or that agency workers were instructed to close as many cases as possible, including without undertaking welfare checks or visits.

He also rejected a complaint that senior managers had mislead Ofsted – which inspected the council in November 2019, rating it ‘requires improvement’ – in order to gain a better rating. However, he did find that senior managers appeared to renege on a commitment not to withdraw funding after Ofsted’s visit, with the number of assessment teams reduced from four to three shortly after the inspection.

He made five recommendations – all of which have been accepted by the council. These were to:

Newsam said there had been significant changes to senior management since he submitted his report, with the former director of children’s services leaving and a new DCS, Rob Henderson, currently at Croydon, due to take up post next month. He said this provided an “excellent opportunity” to make the changes recommended.

The authority has produced an plan for implementing the recommendations, which includes objectives to:

‘I want to apologise unreservedly’

Responding to the report, chief executive Sandy Hopkins said:  “I want to apologise unreservedly on behalf of Southampton City Council to our colleagues and to the residents of the city for the failings highlighted in the report. We are committed to getting this right and must work together to achieve this. This report does not in any way detract from the commitment and dedication of our children’s services colleagues who I know work hard every day on the front line to protect and improve outcomes for children and young people in Southampton.”

The branch secretary for Unite’s Southampton branch, Hayley Garner, said: “Unite the union and the whistle-blowers within children’s services welcome the findings of the independent investigation. We are satisfied that the serious concerns we raised that put children at risk were upheld by the investigating officer and that work has started on making permanent changes within the service to support staff and provide better outcomes for children.

“We always believed that a fair and robust investigation would uphold our complaints due to the substantial amount of supporting evidence provided.  Unite will be making sure that Southampton City council implement the recommendations on the Action plan which includes encouraging a culture of open communication within the service.”