By Alice Blackwell on September 4, 2020 in Children 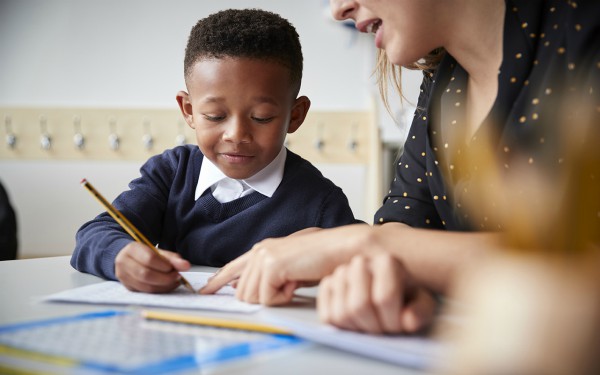 Teachers will this month be placed within social care teams at Bath and North East Somerset council, along with two further projects at York and Hartlepool councils as part of a new initiative aiming to boost educational attainment among children with a social worker.

The scheme, announced this week by What Works for Children’s Social Care, will see funding of more than £400,000 allocated between trials at the three local authorities.

The projects will run for the academic year and will focus on working alongside schools and families to break down barriers to education for children with social workers, who typically have lower attainment levels than their peers.

It is hoped they will help to increase school attendance, reduce exclusions, raise educational progress, and provide better support for students with challenging behaviour, and for vulnerable children as they transition to secondary school.

The move comes in the wake of another What Works programme in which social workers have been placed in schools, which was recently expanded to 21 boroughs. Initial findings from a three-area pilot scheme suggested a reduction in section 47 child protection enquiries in two – Lambeth and Southampton – and in section 17 children in need cases in the third, Stockport.

What will each project involve?

The new project in Bath and North East Somerset council is based on a small pilot run during the Covid-19 pandemic. It will see an experienced teacher placed within social care teams to work alongside schools and families to support children who are ‘in need’ or subject to child protection plans, and to ensure best practice is carried out and shared across schools.

York council’s scheme will see five primary schools receive services from the behaviour outreach support service, aiming to support up to 90 families to reduce the number of pupils who are excluded or at risk of exclusion. This will be built on work previously done in Lincolnshire.

Hartlepool council, meanwhile, will focus on a new approach bringing additional resources and learning for vulnerable children who have an increased risk of a difficult transition to secondary school. It aims to improve outcomes for 100 children with a social worker.

What Works selected the three authorities through an open call, following research published in February 2020. That report looked at past data taken from the Education Endowment Foundation (EEF) – an independent charity to improve educational attainment of poorest pupils – which originally looked at answering questions about closing the attainment gap for socio-economically disadvantaged pupils.

What Works used the same dataset to research outcomes for children who have had a social worker in the six years prior, with its findings showing that the average effect sizes of interventions designed to improve educational attainment were smaller for young people with a social worker than for their peers.

The new project commences this month and will be independently assessed after its conclusion in July 2021.