By Charlotte Carter on October 15, 2020 in Children, Workforce 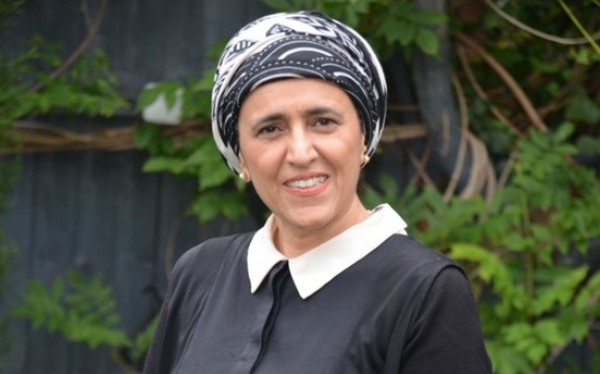 Croydon head of social work Rashida Baig, who was given an MBE for services to child and family social work and race equality

Social workers’ contributions to supporting people through Covid-19 have been recognised in the Queen’s Birthday Honours list.

Practitioner Manvir Hothi, of Hammersmith and Fulham council in London, was awarded an MBE for services to social care, particularly during the pandemic, while the British Empire Medal was awarded to social workers Denny Levine, of North Yorkshire council, and Vale of Glamorgan council’s Louise Peart for supporting people through Covid-19.

Baig joined Croydon in April 2019, when the south London authority was rated ‘inadequate’ though improving, and in March of this year it improved to ‘good’.

‘A role model of professionalism’

Alisa Flemming, the council’s cabinet member for children, young people and learning, said she was “a role model of professionalism and dedication” and a key part of the council’s improvement.

Baig, who qualified in 2000 and previously worked for Hillingdon, Wokingham and West Berkshire councils,  was honoured for her services both to child and family social work and to racial equality. Prior to her social work career, Baig was a research associate for the Centre for Minority Studies at Royal Holloway, University of London.

Baig said she was “startled” by the nomination, and wasn’t expecting it.

“I’ve been really humbled by the recognition for social work and the work that’s done with vulnerable children and their families.

She added: “Tackling racism in all its forms has been central to everything I have done as a social worker including valuing children’s heritage and identity and making sure where possible they remain in their family and communities whether in the UK or elsewhere.”

Khan, who is head of quality and practice improvement as well as PSW at Leeds, has been one of the leaders behind the city’s ‘outstanding’ rating in children’s services. She was recently appointed co-chair of the Principal Children and Families Social Worker Network.

Praise from across sector

Both Baig and Khan were showered with praise by fellow social work leaders and colleagues on Twitter.

I am so happy to see this @Rashidabaig2. Huge congratulations. https://t.co/s2U22m1Wq9

One of the pleasures of this morning has been my Twitter mentions filling up with former @WestBerkshire colleagues (and others) delighted at the news of @Rashidabaig2’s honour.

The enjoyment of seeing someone wholly deserving being appreciated is a great feeling to share.

So so richly deserved 💜

Brilliant recognition for Leeds, social work and you and your colleagues! Congratulations Farrah.

Charlotte Ramsden, strategic director of people at Salford council, picked up an OBE for her work in supporting the development of services for children and young people across Greater Manchester since 2016.

Ramsden, a social worker by background, said she was “deeply honoured” by the recognition and proud to accept it on behalf of all her Greater Manchester colleagues.

Meanwhile, academic Sarah Nelson received an OBE for her work on behalf of survivors of childhood sexual abuse.

Nelson has researched and campaigned on child sexual abuse for many decades, and acted as a professional adviser to both the Scottish Government and Scottish Parliament.

She said she has “worked closely with abuse survivors themselves and their third sector support agencies, and tried to reflect their own voices, producing accessible reports, booklets and many presentations for policymakers, practitioners and survivor activists”. Her work has covered child protection systems, physical health legacies of abuse, the voices of young survivors and models of community prevention.