A helping hub for young people about to leave care 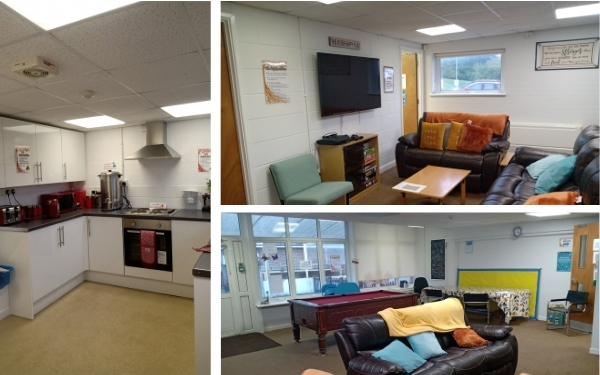 “When you’re 16 you’re already struggling to know where you fit; what’s your identity; how you fit in with your peers. It’s really hard; let alone to be 16 and in care.”

Carla Thompson is just two weeks into her new job as one of the team managers of the two 16+ leaving care teams in Medway. The team itself is less than a year old and is part of Medway’s change back to a more specialist approach to social work, including a focus on the skills needed to work effectively with adolescents.

The team works with looked-after children once they reach the age of 16, unless they are very settled or there are exceptional circumstances. Social workers and leaving care personal advisers (PAs) will then work together with the young person to promote the young person’s ability to live and operate independently as they enter adulthood and before they finally leave care.

Carla says she lobbied for the team change to happen.

“I used to work in the leaving care team [18 years and over] but I really felt we needed a specialised team just to work with 16 and 17-year olds and help that transition to adulthood. I did feel that we could do better for this age group at a key stage in their life.”

While Carla has worked at Medway for all of her 12-year career, her service manager, Debbie Taylor, only started in June. Debbie says she was drawn by the creation of the 16+ team, but also by the investment Medway was making in the service by creating a dedicated ‘hub’ for 16+ young people and care leavers.

The hub has been created in a building that became empty last year. It not only houses the new teams but part of it has also been fitted out with a pool table, a kitchen, shower room, washing machine and tv to create a safe and relaxed place where young people can drop in whenever they need to.

The plan is also for another, more formal, space to be created where group work can be undertaken with a variety of other professionals, such as sessions on job searching, sexual health or benefits advice.

The coronavirus lockdown has thwarted some of these plans. It has not only slowed the building work but also reduced the number of young people currently able to come into the hub.

Debbie says: “It’s still being used, but we just need advance notice so we can keep a check on the numbers. For example, we had someone whose washing machine broke down and asked if they could come here to do it. Sometimes we’ll get a call from a young person to say they just can’t be at home today and we can tell them this is somewhere safe they can stay for the day.”

Both Debbie and Carla are frustrated by the timing of the lockdown. Carla says “It [the hub] was a really busy place before lockdown – young people would come in to make some lunch or have a cup of tea and chat with other young people or us. And it’s such a shame we can’t do all the group work we were hoping to do.” But despite this she says Medway Council remains committed to its young people “and we will get there in the end”.

They are starting to experiment with virtual and hybrid events instead. During care leavers’ week, for example, young people attended the hub to undergo mock interviews where their interviewer was online.

Even without the challenges of Covid-19, working with teenagers is tough, Carla says.

“It’s definitely not a popular choice for social workers generally. And I think that’s because you need to be strong-minded and strong-willed. You can be called every name under the sun because we’re the only battering ram they’ve got sometimes. They don’t want to be treated as children but at the same time they don’t yet have the skills and experience to handle lots of adult situations – that’s our job, to help them navigate that tricky period.”

Another frustration is that because they are often considered to be adults by many other services, social workers have to fight harder to get them the same support as younger children.

“It can be really hard to convince the police to attach the same level of urgency to a missing 17-year old as they would a missing 14-year-old for example,” Carla points out.

Continuity at a key stage of young people’s lives

But she says those who enjoy working with teenagers in care know that the rewards can be immense.

It’s not just a job. I definitely feel like I’ve found my niche working with young adults. You end up being as proud of their achievements as if they were your own children and you tell them off as if they’re your own, because that’s how you feel. And they know that.”

With the creation of the new 16+ team, Carla is hopeful the system now complements the natural attachment stages of a child and young person. At the age of 16, young people are beginning the biological process of separating from parents and are looking for other key attachment figures and mentors. She points out that even though it is a ‘leaving care’ team young people could be with them for up to nine years, “so I think it gives them more continuity at a key period in their life”.

Debbie too is enthusiastic about the new system which, combined with the small size of the authority, is opening up huge opportunities to really engage with the local community and multi-agency partners, she says.

“For example, I’ve just been in a meeting where we discussed talking to the local bus company about bus routes and free travel passes for young people in care. That’s much easier to do in a smaller authority. Similarly, the business community is quite connected and open here. I feel my job is to give the council and the community a better understanding of these young people and how all of us can help them feel supported and able to achieve.”

Ask, listen and change: how Medway is turning services around

‘Working with adolescents requires a different skillset and mindset’

Or check out the job opportunities. 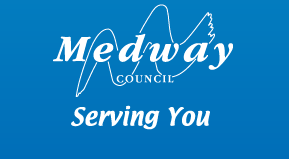