For too long, policy change affecting children’s social work has been led by a top-down focus on individual risk. Time to rethink, and to acknowledge structural economic injustice, argues social worker Richard Lynch-Smith 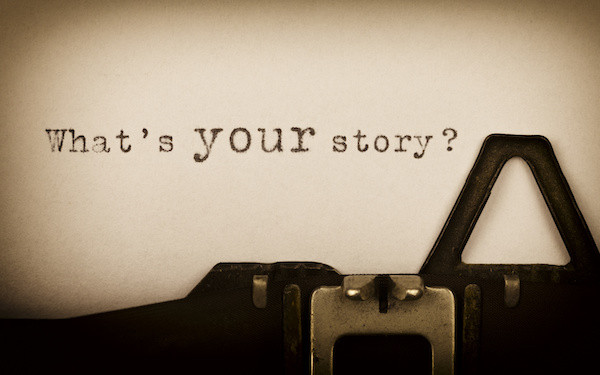 “Autonomous – does everyone know what that means?”

Ben was leader, on account of him doing A-level sociology. I remember him sitting in a meeting, waving a copy of Ivan Illich’s Deschooling Society.

The room was filled with teenagers and one youth worker. We were all gathered under the banner of the DIY Collective, a group designed for young people in Scarborough who wanted to put on arts events. The youth worker was paid from the last bit of its council funding. That was gone now. We were autonomous.

Before he went to university, Ben taught us about squatters’ rights. I remember it feeling like a world had been won.

We had keys to the building, held on to them for dear life. There were demos, banner-making workshops, drumming circles. It was our safe space after fighting to keep the British National Party out of town. Some people slept on the couch, for reasons I didn’t then grasp.

If these recollections sound self-indulgent, it’s because they are. I am a children’s social worker now, and recognise that coherence of memory is a privilege. A key part of work with children in care is life-story therapy, in which you try to help young people seeking that coherence.

It means talking to them about why the state believed that their parents could not raise them. We are supposed to speak of the agency and rights of families, but not the political context that so often curtails these.

Social care reform commonly follows tragedy, and means a shift from collective to individual. There is less interest in the voices of those who use services, or in the economic and social forces that shape their lives.

The New Labour reforms of the noughties began with the tragic murder of Victoria Climbié by her great-aunt and her great-aunt’s boyfriend, and were crystallised in the 2003 paper Every Child Matters. The language here was about improving outcomes for children via a social investment state.

Flagship policies such as Sure Start were successful, but the discourses were of universal parenting support, not economic injustice.

Even such gradual reforms were always going to be vulnerable to the next scandal. That came with the death of Peter Connelly in 2007, and the media and political events that followed. The Sun’s ‘Beautiful Baby P: Campaign for Justice’ petition gathered 1.5 million signatures, and was delivered to the prime minister.

Wary of inaction, Ed Balls, then secretary of state of the newly-created Department for Children, Schools and Families, stepped in and ordered the removal of Sharon Shoesmith, the director of children’s services at the local authority in question, Haringey.

The language that followed had an ever-narrower focus on risk. There was little space for community or youth-led organisations like the DIY Collective, and little appetite for the kind of social work that challenged the social injustice of a child sleeping on a sofa.

The shift gathered pace from 2010 under the Tory-Lib Dem coalition government. Then education secretary Michael Gove gave a speech in 2012 calling for more adoptions, and decrying a system in which the rights of parents were seen to take precedence over the “welfare of a neglected or abused child”.

We are told to imagine that certain pieces of language are apolitical. We speak of children’s rights, as if this is not a term that is defined by the government of the day. Austerity denied a generation of working-class children their rights, but this does not form part of our definition of social harm.

Studies such as the Child Welfare Inequalities Project have shown that, among all of the factors that could lead to a child having a social worker, poverty is the most common. A child born in Blackpool is seven times more likely to be in out-of-home care than a child born in Wokingham, the project found.

Part of the problem is that public discourses around child protection too often stem from crisis. Both Labour and the Tories have repeatedly fired up the language of child rescue, and used it as a mandate for a focus on the individual.

Barely a week into lockdown, emergency legislation under statutory instrument [SI] 445 was rushed through parliament, which stripped back core protections for children in care.

Gove’s recent Ditchley Annual Lecture was an FDR-cum-Cummings ode to innovation and data. Translated into social care, it means a narrow focus on risk, pathology and performance, with social work services and training increasingly out to tender. It means an end to organisations like the DIY Collective, whose outcomes are hard to quantify. It means the children’s minister, Vicky Ford, leading a moral panic on Twitter about parents using free school meal vouchers to buy alcohol.

Devolve power based on lived experience

Throughout the pandemic we’ve heard the language of mutual aid, of communities pulling together. This is a government that is leaning into its hypocrisy.

Food banks are praised by those who created the exponential demand for them. Councils providing free school meals are portrayed as a triumph of devolved power.

Gove’s lecture spoke of the need to devolve government power beyond just geography, to make it more inclusive of voices that are not southern and middle-class, and also to draw on the knowledge of public servants, including in the social care sector. But for such aspirational measures to be meaningful they need to go further and to put decision-making in the hands of people with lived experience. A good place to start would be the promised care review, which Ford announced recently was imminent.

For all the talk of championing community voices, legislation such as SI 445 went through without any meaningful consultation with those who use services.

A Big-Society-on-steroids approach feels imminent, in which the collective actions of communities are co-opted. Those who exist to try and support families will be instructed to focus on the risk. The rest is open to the market, or running upon goodwill.

Illich taught me, via Ben, that “the schooled mind conceives of the world as a pyramid of classified packages accessible only to those who carry the proper tags”. Reforms to the social care system are so often top-down, reactive, from a bold new visionary – or all three.

The most meaningful language we could use now would be to admit that we do not hold the “proper tags”, and to give power and resources to communities as they define their own needs. Looking back – Ben – I think that this is what autonomy means.