Advocacy organisations report councils delaying or withdrawing referrals for services to support parents with learning disabilities involved in pre-court processes, shifting the financial burden to other organisations and ‘denying rights’

By Alice Blackwell on December 10, 2020 in Children 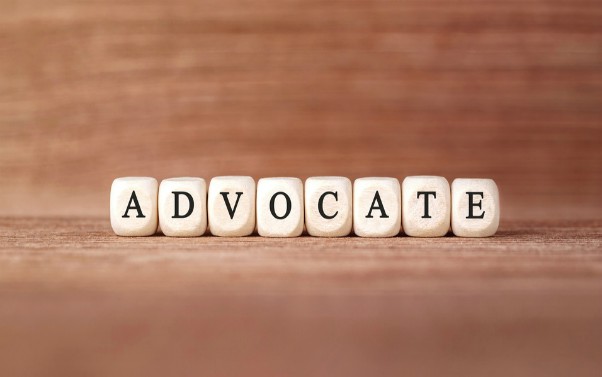 Some local authorities are withholding or delaying advocacy support for parents with learning disabilities involved in child protection cases, contrary to good practice guidance and potentially breaching their human rights, a leading professional network has warned.

Members of the Working Together with Parents Network (WTPN), which supports professionals working with parents with learning disabilities and their children, said some local authorities had started withdrawing or delaying referrals for their services in providing advocates for parents.

As a result, parents are left without an independent advocate until care proceedings are initiated, with the funding burden then passed, in some cases, to Her Majesty’s Courts and Tribunal Service (HMCTS) or the Legal Aid Agency (LAA).

A family court judgment earlier this year – Re C (Lay Advocates) [2020] – stated that HMCTS must fund lay advocates to help parents with learning disabilities participate in court hearings and the LAA must do the same, when it is funding legal representation to help parents communicate with their legal representatives. This was to safeguard their rights under Article 6 of the European Convention on Human Rights to a fair trial.

‘Advocacy a right from start of state intervention’

However, WTPN policy officer Nadine Tilbury said this applied equally at pre-court proceedings. “Neither the process nor the right starts only once the case has reached the courtroom door,” she said. “They start when the state ie a local authority, first involves itself in the family’s private life.

“If the parent needs an advocate to enable two-way, effective communication, then an advocate is clearly needed from the outset of the state’s intervention. If the parent does not fully understand what the concerns are and cannot sufficiently process and retain new information without an advocate’s help, how are they to ‘engage’ with children’s services? What chance do they have of demonstrating that they can learn to make sufficient changes – possibly even to the extent of avoiding the need for court proceedings at all?”

This is in line with government good practice guidance published in 2007, which said “that independent advocacy should always be provided where children are the subject of a child protection plan and/or care proceedings are instituted”.

WTPN updated the guidance in 2016 – though without government endorsement – adding that such provision would enable parents “to participate fully and effectively in the proceedings, as is their legal right”.

Tilbury said that those local authorities withholding support were doing so as a “financial tactic” and that, although it may save money in the short term, the long-term cost would be paid for by the families.

She also stressed the importance of families receiving advocacy early in the process, in the light of the 26-week timescales courts work to for care proceedings.

“Timeliness is of the essence,” she added. “The child’s timetable and the court’s timetable both present challenges for parents with learning disabilities who need time to learn and apply new skills.”

Tilbury said that often when WTPN challenged local authorities as to why there hasn’t been an advocate from the start, they would then appoint one, but in many cases this would be too late for families.

‘Vital for parents’ voices to be heard’

In response to the findings, Gavin Moorghen, professional officer for the British Association of Social Workers (BASW), said: “Parents need to be part of any of the pre-court process relating to their children and it is vital they are not prevented from having their own voice heard, particularly those who might need it the most such as parents with learning disabilities.

“If there are resource issues delaying the funding of advocates for parents who need this, then this needs to be addressed urgently as it could set parents up to fail and potentially have a permanent impact on a child’s relationship with their parent.”

Advice on engaging with parents with learning disabilities and understanding the challenges they face is available to all Community Care Inform subscribers, through a guide written by Beth Tartleton and Danielle Turney. Inform Adults users can access the guide here, and Inform Children users here.

CHANGE, a learning disability rights charity, said that it was “acutely aware” that parents in need of advocacy have struggled to access the support they want and for the length of time they want it.

The charity also said that the WTPN findings had “identified a gap in provision nationally which, if filled, would address the issues identified as well as paying for itself by keeping families together and reducing demand on the public purse”.

Kirstie Mann, owner/manager of Your Say Advocacy which provides advocacy support said she had seen “a significant increase” in referrals for advocacy support once proceedings had already started and that the referrals were “moving away” from local authorities and coming instead from solicitors, who would have to secure funding through the courts.

Mann said she thinks the rationale “is that if HMCTS will/can pay then the local authority don’t want to. So hence the significant drop in referrals from the local authorities – or referrals that are very limited in timescale with the expectation of HMCTS picking up the funding. Sadly the impact of this is that some of the work that takes place out of the court setting gets lost.”

Community Care approached the Association of Directors of Children’s Services for comment but it said the issue had not been raised through its conversations with local authorities or family justice partners.

Nearly 1,000 social workers at risk of removal for not uploading CPD with less than two weeks until deadline
Puberty blockers and consent to treatment: an analysis of the High Court’s ruling