By Alex Turner on December 18, 2020 in Adults, Children, Coronavirus 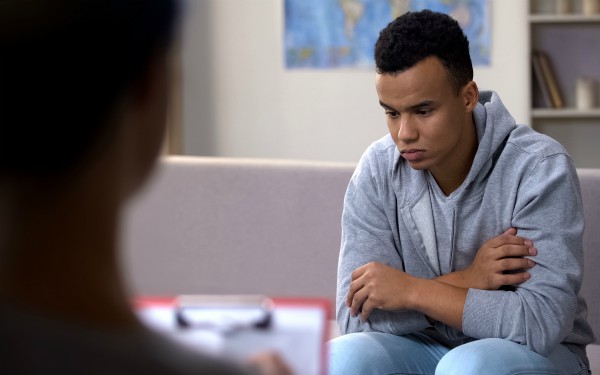 A Community Care carried out last month revealed a gloomy assessment from social workers of the impact of the coronavirus pandemic on their work, eight months on from the first lockdown.

More than seven in 10 respondents said they’d seen the volume and complexity of referrals into their team, as well as their personal workload, increase in comparison with the situation they were dealing with 12 months previously.

But underpinning those figures – and contributing to others, including social workers’ downbeat perspectives on their work-life and personal mental health – are the experiences of the people with whom social workers interact.

Overall, 92% felt the period since the first national lockdown began in late March had seen increased levels of need among people they support, factoring in both changes to society as a whole and to social work practice.

This builds on the finding of our first coronavirus survey in early May, which found that – just weeks into the pandemic – nine in ten practitioners believed the coronavirus, or measures brought in to combat it, had negatively affected people they provided services to. It is also consistent with other pieces of research carried out since March on Covid’s impact.

‘Before, there were peaks and troughs – with Covid, it’s relentless’: social work eight months into the pandemic

Unlike some other parts of the survey, we did not ask practitioners to break down their concerns via tick-boxes as to what increased need looks like. Instead we asked them to set this out in their own words.

Their comments paint a compelling picture of the factors that most worry social workers about a situation that is still developing. In many cases, survey respondents linked their views to observations that other services – ranging from universal ones such as education and general practice medicine, to community groups and specialist support agencies – had receded from people’s lives in March, and had not always returned.

The fact that the top area of concern was mental health will surprise few. Practitioners from across service and geographical areas returned again and again to the worsening mental health experienced by people they support. With most children having been away from school during the first lockdown – despite places being held open for those involved with services – social workers commented that young people’s wellbeing had taken a severe hit and that in some cases they were struggling to readjust. Others noted rising anxiety among families and increased difficulties accessing child and adolescent mental health services (CAMHS).

I have seen a massive increase in the amount of young people – and adult carers and parents – adversely affected, at the same time the mental health support infrastructure has collapsed,” said one social worker  from the South West.

Adult social workers supporting those living with learning disabilities, or dementia or other cognitive impairments, reported rapid deterioration among people who had been deprived of regular contact with family members, day centres and other regular sources of human connection.

One approved mental health professional (AMHP) working in the West Midlands, who said there had been a rise in the numbers of older people becoming unwell mentally, summed up their perspective in stark terms:

“Individuals with mental health needs are not being seen face to face [and] a lot of the time, our service users do not answer their phones or are not comfortable speaking on the phone, so they are not getting the type of support they need,” they said.

We have seen a significant increase in suicides and attempted suicides locally.”

“We are not being provided with accurate information about individuals’ needs when carrying out telephone assessments, as their perceptions of their needs are sometimes very different to what their actual needs are.”

Our research chimes with that released this week by the British Association of Social Workers (BASW) England and the Department of Health and Social Care, which found that 75% of approved mental health professionoal leads had reported an increase in first-time presentations of people suffering mental distress who had not been previously known to services, between March and June.

Closely linked to social workers’ concerns about mental health were the warnings some expressed about the abilities of carers to cope with the ongoing pandemic, which has robbed many of the breaks they would otherwise have received.

Such comments were particularly likely to come from adults’ practitioners. “Families with adults with learning disabilities have coped remarkably, considering day services have all closed and [there are] limited opportunities to be out of the house,” said one, working in the North West.

“The major impact has been severely restricted respite opportunities, either short overnight stays or being able to facilitate time out,” the social worker added. “This is area where as things go on we are seeing carer and relationship breakdowns.”

Again, our research reflects trends identified by other organisations. A survey of over 1,000 family members and carers by Mencap in the summer found that, since the start of the pandemic, care packages for people with learning disabilities had at least halved, reducing their independence and increasing pressures on carers.

But as highlighted by social workers back in the spring, parents and carers of children with disabilities have also been under similar strain and “almost facing breakdown”. Other practitioners mentioned foster carers struggling to cope in the face of pressures intensified by Covid restrictions.

“Some young people are managing the situation well and this has strengthened relationships; however other placements have broken down because of their intensity,” said a senior practitioner based in Yorkshire and Humberside.”

Domestic abuse was perhaps the subject of the highest-profile warnings from national media outlets discussing the likely impact of families, stuck inside with one another, disappearing from the radar of services during the spring. During that period, charities also warned of soaring referrals.

A large number of children’s social workers answering our survey mentioned it in relation to rising levels of need, often in conjunction with alcohol or substance misuse, and mental health problems – the so-called “toxic trio”.

“Pressures on families [is increasingly] leading to… more serious domestic abuse incidents and injuries to young children,” said one social worker from the North West, with others adding that support for affected families remained insufficient.”

Here also, our research bears out findings reported elsewhere. An autumn survey of directors by the Association of Directors of Adult Social Services found that 69% had received an increase in domestic abuse referrals since March

Analysis last month by think-tank the Legatum Institute found that the pandemic had resulted in an increase of 690,000 in the number of people living in poverty in the UK, and that government policy – notably the £20 a week increase in universal credit and work tax credit – had prevented a similar number from doing the same. However, as things stand, the £20 a week increase is due to be removed in April.

The impact of this increased poverty was writ large in survey comments.

When asked to comment on their perception of rising need, one children’s consultant social worker practising in Yorkshire and Humberside responded emphatically.

“How dare MPs suggest that families spend food vouchers on drugs,” the social worker added in reference to comments made by the children’s minister Vicky Ford earlier in the year. “I dare them to walk a mile in my shoes and meet the families we work with.”

They added that these included “families new to poverty and the shock that brings”, an observation made by other practitioners in relation to the pressures of the pandemic resulting in more families being referred to services for the first time.

As with domestic abuse, references to the corrosive impact of financial hardship were dominated – but by no means exclusive to – by children’s practitioners. Troublingly, a handful of both children’s and adult social workers mentioned instances of people they work with becoming homeless.

The pressures that have resulted in this increased need are not going away anytime soon, with the prospect of an England-wide lockdown in the New Year being mooted, following those agreed for Wales and Northern Ireland.

At the same time, local authorities are already bracing themselves for another tight budget round for 2021-22.

While the government’s spending review last month allocated additional money for social care, much of this is reliant on authorities agreeing council tax rises of 5% with their local populations, a move that is unlikely to be popular at times of widespread hardship.

Social workers will be bracing themselves for another hugely challenging year.

Supporting social workers in 2021
AMHPs used ‘inappropriately’ throughout first Covid-19 lockdown, survey finds
Children, young people and families are at the heart of all we do at Northamptonshire Children’s Trust