Guidance says practitioners not in line for jab because they do not work with service users deemed vulnerable to Covid, as directors' body renews call for government to prioritise children’s staff in vaccine rollout

By Charlotte Carter on January 19, 2021 in Coronavirus, Workforce 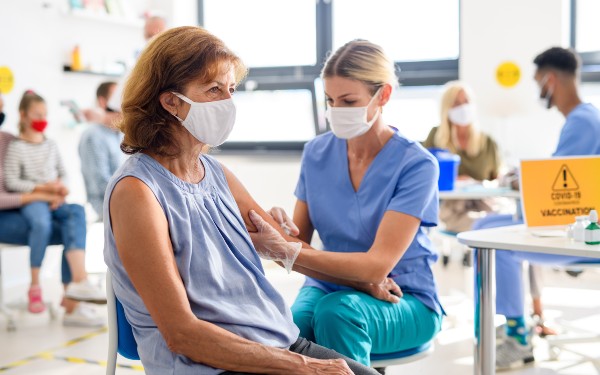 Many children’s social workers are excluded from priority groups for Covid-19 vaccination, government, council and NHS leaders have confirmed.

A framework for the deployment of Covid-19 vaccines among frontline social workers, published on Friday, suggests there may also be some adult social workers who are not a priority for vaccination, though the situation remains unclear.

Frontline health and social care workers are in priority group 2 for vaccination, alongside those aged over 80 and just behind older care home residents and their staff, as set out by government advisers the Joint Committee on Vaccination and Immunisation (JCVI). Separately, the government’s “green book” for immunisation against infectious diseases said social care workers covered by the first two priority groups included:

Priority based on who you work with

In setting out what this meant in practice, the framework, published by Association of Directors of Adult Social Services, the Local Government Association and NHS England, said that the frontline staff covered by priority group two were those who worked with service users who were particularly vulnerable to Covid.

It said the group included: “All frontline social care workers directly working with people clinically vulnerable to Covid-19 who need care and support irrespective of where they work (for example in people’s own homes, day centres, care homes for working-age adults or supported housing); whether they care for clinically vulnerable adults or children; or who they are employed by (for example local government, NHS private sector or third sector employees).”

It added that being clinically vulnerable to Covid-19, as defined by the JCVI, encompassed older people, those deemed clinically extremely vulnerable (of any age) and people aged 16-64 with underlying health conditions that increased risk of mortality or disease.

Who is deemed vulnerable?

Clinically extremely vulnerable people include those with certain cancers or having certain treatments for cancer, organ transplant recipients, those with severe respiratory conditions, adults on dialysis and those with Down’s syndrome. The full list is available here.

Those with underlying health conditions that increase their risk include people with severe mental illness, severe or profound learning disabilities, neurological conditions such as dementia or Parkinson’s, people who have suffered a stroke and those with a range of other serious chronic conditions. The government’s green book says this also includes younger adults in care homes.

The framework said that directors of adult social services should have ultimate responsibility for identifying eligible social care workers in their area. However, it stressed that the priority group did not include “social care workers working with children who are not considered priority within the context of the JCVI priority cohorts”.

Many children’s practitioners not eligible

This means children’s social workers are only eligible if they work with children of any age who are clinically extremely vulnerable – such as those receiving chemotherapy – or those aged 16 and over with underlying health conditions that increase their risk, such as those with severe or profound learning disabilities.

A Department of Health and Social Care spokesperson confirmed this was the case, as did ADASS.

Meanwhile, an Association of Directors of Children’s Services (ADCS) spokesperson said  it continued to urge the government to include children’s services staff in its priority list for receiving access to appropriate testing and the vaccine.

The spokesperson said the association was aware that the DfE was in “ongoing conversations about prioritisation of the children’s workforce, including education staff” and that it was a fast-moving situation.

The framework also implies that some frontline adult social workers may be excluded from the priority group, on the grounds that they work with younger adults in the community who are not clinically extremely vulnerable or have one of the specified underlying health conditions – such as adults with mental health problems not deemed severe or those with moderate learning disabilities. However, it is unclear whether these practitioners will be excluded in practice.