Nearly half of adult social care employers operating with or below ‘bare minimum of skills’, survey finds

By Charlotte Carter on January 21, 2021 in Adults, Workforce 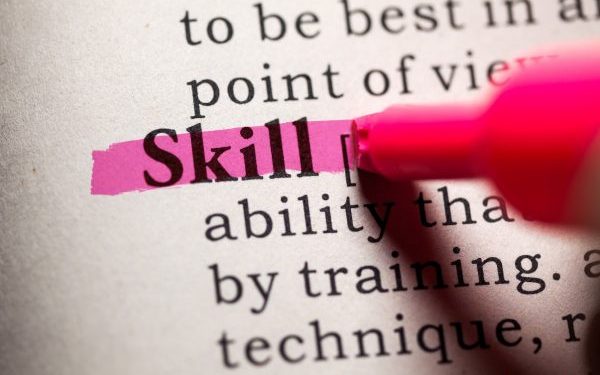 Nearly half of social care employers are operating with or below the bare minimum of skills required to run operations successfully, a new survey has found.

The Open University research found significant skills shortages, with 10% of respondents reporting they lacked vital skills to run their operations successfully, with a further 34% saying they had the bare minimum of skills required among their teams.

Of the 125 local authority social work leaders surveyed, 12% said they were short of vital skills they needed to operate.

The survey examined skill shortages, the potential impacts of Brexit and Covid-19 and recruitment and retention.

When asked about their current skills priorities, respondents cited digital (36%), leadership (33%), technical (31%) – where employees require a specialised skill to complete a specific task – and managerial (30%) skills as key areas of concern.

Respondents in key sectors also said their needs for leadership skills had increased in the wake of Covid-19, including in social work, where the proportion reporting gaps rose from from 21% to 29%.

When asked about recruitment and retention, nearly half (46%) of those surveyed said they were looking for recruits with ready-made skills, who could fill gaps quickly and were “capable of adapting to future challenges”. Meanwhile, 40% said increasing candidate diversity would be a priority, a proportion that rose to almost half (48%) among respondents from local authority social work teams.

The survey revealed significant concerns over finding and retaining candidates of sufficient quality. Weighing the next 12 months, 56% said they were worried about the lack of clear progression pathways putting people off the social care sector. Comparable proportions (56%) were concerned about being unable to retain good staff as the pandemic eases over the coming year.

When asked about what “big picture changes” would be most beneficial for the social care workforce, 42% of respondents highlighted the availability of defined career development, including recognised qualifications.

A slightly smaller proportion (34%) cited the increased availability of pathways, such as those provided by the recently created degree apprenticeships, between social care and qualified social work roles.

The Open University listed four recommendations in its report:

The report said promoting locally and nationally the values and increasing levels of skill needed to perform social care jobs well could help ensure potential applicants, especially younger people, view it as a positive option rather than – as a majority of our survey respondents fear – a stopgap.

Learning from the devolved nations, reform should proceed with the goal of registering social care workers and creating a nationally recognised career framework for England, which is also flexible enough to meet workforce requirements in Wales, Scotland and Northern Ireland, the report said.

“Promotion of adult social care’s benefits needs to be underpinned by robust and transferable development pathways – including into social work roles – if existing workers are to be retained and high-quality new recruits brought and kept onboard as the pandemic subsides.”

“Deficits around caring skills and operational management capabilities demonstrate how vital it is to be bringing people with the right values into social care, and offering them means and incentives to progress,” the report said.

As 39% of survey respondents pointed out, the report said, the part of the solution lies in more constructive relationships between the public bodies that commission many services and the independent-sector organisations that deliver them.

“But those partnerships need more fertile soil in which to grow – which can only be provided in the form of a sustainable long-term funding settlement for the wider adult social care sector.”

Professor Samantha Baron, head of school for health, wellbeing and social care at The Open University, said it was no secret that the severity of the [Covid-19] pandemic has tested the “preparedness and resilience” of adult social care.

“We simply cannot afford to see these vital sectors further weakened, and for that reason, The Open University is calling for a number of significant reforms to address skills needs and priorities for the future.

“Whether it be changing the way we promote the sectors to younger individuals, or implementing a recognised career framework for social care in England, the onus is on us all – educators, governments, private companies and individuals – to protect and boost the critical support these sectors provide,” Baron said.

‘To retain care home staff, we need to make sure they have access to better support’

2 Responses to Nearly half of adult social care employers operating with or below ‘bare minimum of skills’, survey finds