‘People are struggling economically and socially’: social work in Canada during Covid

As part of our World Social Work Day 2021 series on Covid-19, the head of the Canadian Association of Social Workers explains the challenges faced by practitioners and those they support in such a vast and diverse country

By Alice Blackwell on March 16, 2021 in Coronavirus, Workforce 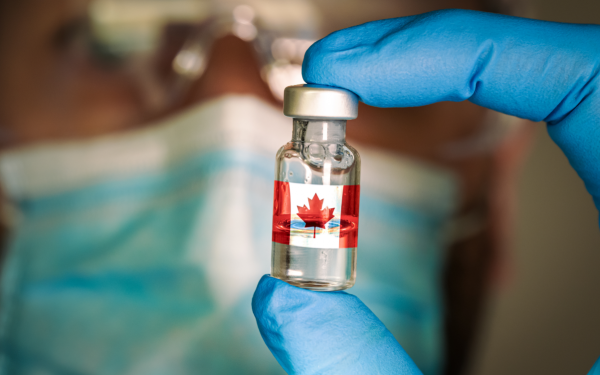 Canada is a geographically vast and diverse country, spanning the Pacific Ocean to the west, the Arctic Ocean to the north, the Atlantic Ocean to the east and the Great Lakes to the south, with its citizens spread across urban, rural and remote areas.

This geographic diversity is matched by the social diversity of its population, encompassing indigenous peoples, the descendants of English and French settlers and those of more recent waves of immigrants from across the globe.

As in other parts of the world, Covid-19 has affected this diverse population unequally and forced the country to consider how it provides for its most disadvantaged citizens, said Joan Davis Whelan, president of the Canadian Association of Social Workers:

People tend to think of Canada as a nation with a strong social safety net, which is not true”

As of 14 March, Canada had had 906,201 cases of Covid-19, with 22,434 deaths, with its chief public health officer saying this week that cases remained high and urging people to limit non-essential activities and maintain social distancing.

Beneath these figures, the pandemic has hit unequally, with areas in which people from visible minority communities accounted for at least 25% of the population having a mortality rate double that of those where they accounted for less than 1%. Indigenous people have also been harder hit, including because of higher rates of underlying health conditions.

Whelan said: “Disparities in accessing social work services made more apparent by Covid-19. People are struggling economically and socially. Social and geographic isolation has clearly increased and the nation is seeing more mental health and addiction issues, including depression and anxiety and drug overdoses.

“As well, reports are now indicating that the incidence of child maltreatment is increasing in certain parts of the country.”

Whelan said that at the start of the pandemic there was “much confusion” about what was happening in social work agencies, which mirrored what was seen in communities. With more information and the development of protocols, Whelan said social workers soon became more comfortable.

One of the biggest challenges though, said Whelan, was the availability of personal protective equipment (PPE).

“In many community-based agencies, PPE was not readily available and there was confusion about what social workers needed, unlike our health-based agencies, which had PPE on hand.”

This has now been resolved, said Whelan.

Whelan said that many community social workers had to deal with the challenges that arose from social distancing. For example, community suppers, which had brought people in local areas together, had been vital in enabling social contact, but could no longer go ahead. These were switched to takeaway dinners that clients had to pick up.

Whelan said the pandemic highlighted the need for better accessibility to phones, computer or tablet devices and stable internet for clients, plus educating clients on how to use devices in some cases, because of the loss of in-person services.

She said that many social workers wondered if they would ever be able to practise with clients and families as they did before, or if this was the new normal.

‘It has been isolating for social workers’

Whelan said the impact of the pandemic on social workers has been “incredibly challenging”, with daily routines and service access having changed dramatically.

She said: “Social workers have had their own personal lives change including closed schools, day cares and social activities. Many have seen their work teams completely alter with less people in the office, Zoom meetings replacing regular interactions, having to use PPE protocols, and reduced client interaction via regular in-person appointments and home visits.

“It has been socially isolating for many, as their fellow social workers are sources of support and knowledge.”

Council had no regard for man’s human rights in leaving him in care home for five months, report finds
‘In its own little bubble from the world’ – a year of social work in Covid-free New Zealand