‘We want measurable change’: a call to action to end systemic racism in social work

Students and social workers are being urged on 19 March to challenge their employer or university to make social work education, CPD and practice anti-racist. Academic Zoe Thomas explains what the campaign is about 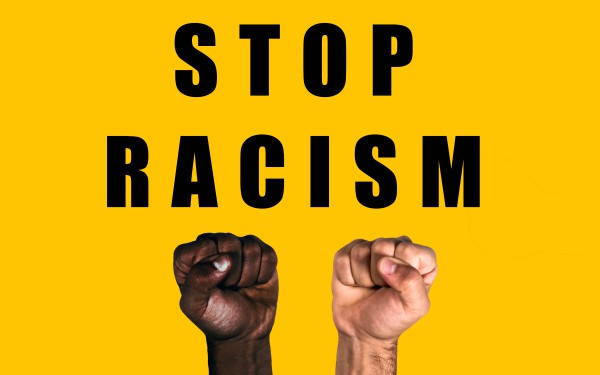 Something is happening in social work.

Social workers are mobilising and demanding change.  Following the recent wave of interest in anti-racist practices and anti-racist ways of being, a grassroots movement has mobilised on social media.  Whilst we have never met, in fact we don’t even know each other, we have come together with a strong and shared commitment.

In the wake of police brutality and murder against black people being less hidden, it’s harder to ignore without being exposed as complicit. Collectively, it needs to be made clear by social work that we refuse to move on from this position.

‘We need a whole new system’

We want more than slight disruption for as long as it is on point to describe oneself as anti-racist.  We want measurable and felt change in social work. Change that can be called out, questioned and publicly held to account.  It is not acceptable to tirelessly continue whitewashing our demands to dismantle racist systems with the smoke and mirrors fallacy that individuals and teams are trying to change things from within.

We need a whole new system and here is an opportunity for those of us who decline complicity to do something about it.

This call does not seek to be prescriptive but rather offers an opportunity, an opportunity to do something other than be complicit.

Hertfordshire council is taking the opportunity, through a reverse mentoring scheme. Staff are also providing training with a focus on anti-racism as a way to explore language and understanding about racism.  In addition to this Hertfordshire is offering ‘Thinking Spaces’ which are facilitated by Frank Lowe, head of social work in the adolescent and adult directorate at Tavistock and Portman NHS Foundation Trust, to create safe spaces for employees to talk about race.

Rather than simply providing an equality and diversity training session, an unconscious bias workshop or a more diverse social work reading list, this is an opportunity for that reading list to become something that is used to plan and deliver teaching, and to inspire social engagement events that stimulate debate about the historical and contemporary impact of anti-black racism, European colonisation and slavery on social work knowledge and practice.

This could be a platform to redefine the way we recruit, train and retain social workers and academics, or how we design our leadership and executive teams.  Similarly, the burden of representation as a black employee and its emotional labour must be acknowledged and rewarded with paid leadership roles that carry influence, power and opportunity.

It’s amazing what happens when those who hold white power exercise it by opening doors for the loud knocks from those of us who are so often silenced, ignored or offered a half-eaten piecemeal carrot.  It’s much less exhausting, much less infuriating when the doors we are hammering on are opened from the inside.  Better still, when the doors are left unlocked or where they are completely removed from their hinges and we invent a whole new way of passing from one space to another.

Our social work collective voice exists loudly and is active because our beloved profession and those of us who are committed to it require the system within which we practice to be dismantled and changed.

Challenge your employer and university

We call upon student social workers and social workers to challenge their employer, directors of services or their university vice-chancellors to include anti-racist social work education, teaching and learning and continuous professional development.

It’s not enough talking about being anti-racist or describing one’s workplace as anti-racist; having black history month on the team meeting agenda or ensuring there are a few colourful tokens on the team is not anti-racist activism.  Nor is this about disapproving of St George’s flags, Union Jacks and EDL marches.  This is about creating anti-racist systems; less about individuals and more about a complete dismantling and change in the existing systemic and collective racist systems that hold together our ‘great’ British institutions of social work and social work education.

For anyone still thinking that all lives matter then remember, if one house on the street is burning you would not expect the fire service to pour water on the whole street. If you’re born black, you’re on fire.  Your life chances are at the very least much slower and seriously hindered than if you’re born white. If you’re a black student then your attainment is likely to be compromised because of racism.  If you’re painfully one of the few of us that are black academics then you’re likely to feel more of a pinch than your white peers.

When anti-racist participation and action at leadership and control levels are required, when those who exercise power on behalf of our profession are overtly complicit, and in a society where it’s okay for the first-ever black university vice-chancellor to be appointed in 2020 then the call to action needs to be a collective army of social workers demanding better. We are not passively asking for positive change, development or a move in the right direction.

Our starting point is that this should never have been the case in the first place, it is only with this starting point that we can measure the type of society we are; a racist society, and that includes our institutions.

As a profession, we need to demand an anti-racist social work education and anti-racist CPD with enabled ways of working. As long as this is not happening then the ‘great’ British institutions within which we are teaching, learning and practising social work are complicit. Those who are making executive and legal decisions about what we learn, what we do and what is important need to be held to account and collectively it is our responsibility to take action.

Forget about that token on the team appointed as a gesture towards being representative of society; this is about allowing marginalised groups power to make change.

Why wouldn’t we have only black women as social work professors or all black local authority social work directors of service?  Why, when we don’t blink an eye when it’s all white men running the show.  It is of course under the existing system we have the unsurprising statistics about student attainment, pay and other horror stories about institutional racism.

Is it time to give someone else a turn?

We don’t want to be representative of society, we need to be ensuring there are enough black voices in powerful positions who are able to make things change.

It was the late US Supreme Court Justice Ruth Bader Ginsburg who said we know we have equality when all nine justices on the bench are women.

I wonder if social work has a lot to learn here.

The struggle is real and you are part of it.

Click here for more information about the day of action on 19 March.

Zoe Thomas is a social work academic at the University of Bradford. She is in the final stages of a social work PhD, has been a registered social worker since 2007 and, until 2016, worked in local authority child protection teams.

26 Responses to ‘We want measurable change’: a call to action to end systemic racism in social work