Local Government Association survey of over 9,000 practitioners finds 80% intending to stay with organisations for next year and broad backing for employers’ support of staff during Covid 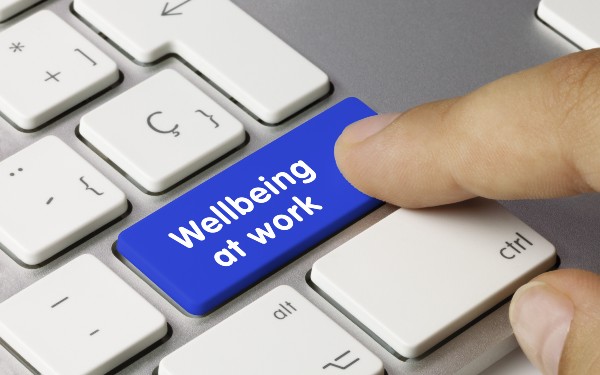 Social workers are generally satisfied with their employers, including in their response to Covid, and are likely to stay with them for the next year, but are often required to do more with less.

Those were among the messages from the Local Government Association’s social work health check, a survey of just over 9,000 social care practitioners working for 133 English councils and 10 other organisations delivering statutory services, 86% of whom were social workers.

The check is designed to gauge social workers’ views on how their organisations measure up against the standards for social work employers in England, which set expectations around areas including workloads, supervision, wellbeing and continuing professional development (CPD).

The survey, carried out in November and December, found over 75% satisfaction with employers’ performance against seven of the eight standards, with only CPD dipping below this, at 71%.

Overall, 76% of practitioners said they were satisfied with their “employment deal” – what their employer provided them and what they were expected to provide in return – while 80% said that they intended to stay with their organisation for the next 12 months.

Analysis of survey responses found that the greatest impact on retention came from employers’ delivery of wellbeing-related support and creation of an environment in which staff could discuss workload and stress helpfully with their manager and find solutions.

However, 81% felt that they were “often required to do more with less”, which the report on the health check highlighted as a red flag.

One practitioner said there was “not enough staff” leading to “substantial pressure on the permanent staff on the team to take on a lot of the complex work”, while another cited the “constant battle of not having enough time to do the job as well as I would like”.

In relation to the standard on safe workloads and case allocation, overall satisfaction was 78%, though practitioners were more satisfied with their ability to get support about workload-related issues (82%) than with having a satisfactory level of control over their workloads (70%).

The standard that scored most strongly was that related to having a strong and clear social work framework (81%). Within this, 84% of practitioners said they were able to use their professional judgment, creativity and autonomous decision making when appropriate.

In relation to CPD, the more modest overall score was down to just 61% saying they had dedicated time, resources, opportunities and support to carry out and record CPD in line with regulatory requirements, and 63% having an up-to-date professional development plan.

Overall, adults’ social workers had slightly greater satisfaction against the standards than their children’s and mental health counterparts, and female social workers felt slightly more satisfied than male practitioners, though all were in the ‘good’ range of over 75% satisfaction. Among ethnic groups, almost all were in the good range, though there was a 19 percentage point range between the most (mixed – white and black African) and least satisfied groups (those who preferred not to disclose their ethnicity).

The survey also quizzed practitioners on their views about the support they had received during the pandemic, which found broad satisfaction with employers.

There was particularly high satisfaction in relation to getting access to the practice guidance and technology needed to work remotely (85%) and support to work safely, be protected from infection and maintain high-quality and safe contact with the people they supported (83%). There were lower scores for practitioners feeling positive and being able to cope (69%) and being enabled to work in a more strengths-based way (63%), while 80% said they had experienced an increase in the severity of need of the referrals coming through.

The findings join a growing body of research into practitioners’ experiences of Covid, which collectively provide a mixed picture.

The second wave of a major research project studying the experiences of health and social care practitioners reported last week, finding that levels of staff wellbeing had decreased as the pandemic had progressed.

Meanwhile, three-quarters of social workers polled by Community Care last November felt more negative about their working lives than they did the previous year, with 69% saying their mental health had got worse.

The health check report, by workforce consultancy Kinetiq, said while the favourable view of the employer standards should be a source of encouragement to employers, it also meant that ongoing efforts would be required to sustain and improve those levels.

Opportunity to have ‘meaningful conversations’ with staff

Responding to the report, Paulette Hamilton, vice chair of the LGA’s community wellbeing board, welcomed the broadly positive findings, saying: “These findings were from across all those who responded and were not confined to a single group based on ethnicity, role type or length of service.

“The report also recommended the need for a well-defined approach to social work practice, creating clarity of role and accountability, a safe environment in which to carry it out and the ability to use professional judgment and creativity in decision making.

“These findings are opportunities for employers to have meaningful conversations with their employees, to make sure social work benefits altogether moving forward.”

Health checks have been carried out individually by employers for a decade and in 2017 and 2018, the LGA circulated a national survey for principal social workers to fill in on behalf of their organisations.

This year, a revamped survey was sent to PSWs to circulate among their workforces. The LGA is planning to start its next health check in September this year.

2 Responses to Social workers satisfied with employers but often required to do more with less, finds health check