Vulnerable as well as potential sources of risk: fathers in the family justice system 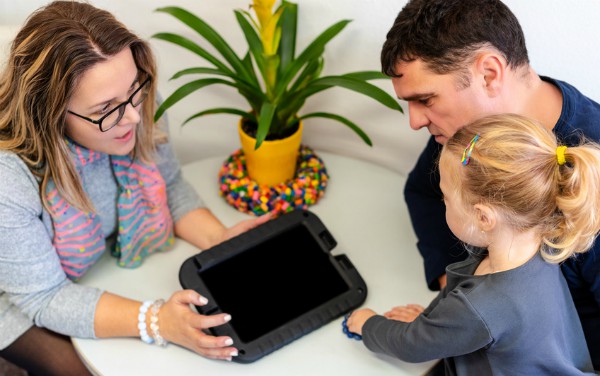 A partnership between the University of East Anglia and Lancaster University has reported new evidence about fathers’ involvement in care and recurrent care proceedings in England.

This is the first time any research team has investigated the proportion of fathers returning to court, and through complementary research methods, the study also generated understanding of the lives of fathers who have experienced repeat removal of children.

The researchers analysed anonymised family court records for more than 73,000 fathers appearing in care proceedings between 2010-11 and 2017-18. A survey of fathers in 18 local authorities was completed, and a qualitative study undertaken following the lives of 26 fathers involved in recurrent care proceedings, over a period of 12 months.

Although there was no father recorded for 20% of care proceedings cases, fathers were recorded, and named as a party to the proceedings, in 80% of cases. This finding indicates the need to address this 20% of missing fathers, but also to fully and fairly engage with the substantial number of visible fathers requiring assessment and support.

The researchers then investigated the proportion of fathers involved in recurrent care proceedings and factors affecting their likelihood of returning to court. The rate of recurrence for fathers was lower than mothers (Broadhurst et al, 2015).

There were also very few lone fathers in recurrent care proceedings, whereas many cases featured lone mothers. Within a 5-year period, 12% of fathers had reappeared before the court, and like mothers in repeat care proceedings, fathers were likely to be younger and to lose infants from their care.

The team analysed with whom fathers and mothers returned to court and have evidenced the significance of relationships for understanding recurrence (Bedston et al, 2019). Of the fathers who returned to court, three out of four (79%) did so with the same partner, whereas mothers were more likely to return with a new partner, or as a lone parent (no father recorded).

These findings highlight the importance of working with couples, as well as with fathers, for interventions designed to prevent first or repeat care proceedings.

The findings did not tell a story of older dads and younger mums, but rather one of young couples struggling to parent, whose difficulties can then endure, or recur, across sets of care proceedings.”

In terms of understanding the characteristics and vulnerabilities of recurrent fathers, the team found commonalities with existing research about recurrent mothers (Broadhurst & Mason, 2017, 2020). Through the survey and interview data, significant and complex adversity in fathers’ childhoods was revealed.

As with mothers, fathers had experienced childhoods in care, unstable or harmful relationships with caregivers, or other forms of disruption in early life, such as bereavement.

In common with mothers, fathers frequently had little appropriate support at key points in their lives, including during and after care proceedings, to enable change.”

The qualitative findings also showed commonalities between fathers and mothers in terms of the emotional impact of recurrence. Fathers described deep and long-lasting emotional pain, grief and shame following the loss of children and a desire to play some ongoing parenting role.

Almost all the fathers followed were actively trying to make changes in their lives and their relationships as fathers. But the resources and opportunities they had were scarce and fragile. It was hard for fathers to establish relationships of trust with social workers and other professionals.

Without support to manage emotions and relationships differently, and to address underlying causes of their difficulties, couple conflict and its impact on parenting were key reasons why fathers and couples became stuck in a cycle of family court involvement.

New observations were also evidenced about recurrent fathers. Adult economic hardship was a notable feature, with the survey finding that only one quarter were in secure employment. Unemployment, precarious employment and poverty were experienced by interviewed fathers as impacting strongly on relationships and parenting capacity.

Mothers and fathers involved in care proceedings invoke very different public and professional responses, with fathers often viewed solely in terms of the risks they present to women and children.”

However, this research argues for a nuanced analysis of fathers’ risks and resources.

Fathers involved in care proceedings are vulnerable; they may pose risks arising from their vulnerabilities, but they should also be seen as at-risk themselves. The research team advocate a ‘both-and’ approach. Whilst fathers should be held accountable for the safe care of children to the same degree as mothers, they also need validation and support for their parenting.

There is much to be learnt from existing services for mothers, but service adaptations are sorely needed to engage recurrent fathers and respond to their deep-rooted and complex difficulties. Recommendations include developing approaches to work with couples, focusing on emotional regulation, long-term holistic support, and fully exploring the potential of fatherhood as a mechanism for both change and accountability.

‘I love being a social worker but it takes over your life’: children’s practitioners on their caseloads
Social Worker and Senior Social Worker – Bradford

2 Responses to Vulnerable as well as potential sources of risk: fathers in the family justice system