BASW and the SWU have petitioned the government to make assaulting social workers in line of duty a specific offence, but critics warn this risks penalising vulnerable people and heightening divides with non-social work qualified staff 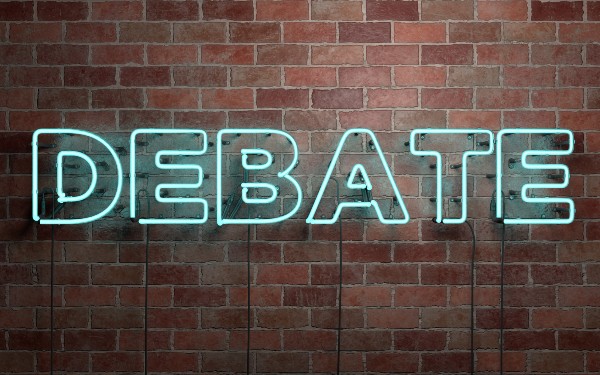 Social workers have split over whether assaults on practitioners in the line of duty should carry tougher penalties.

The British Association of Social Workers (BASW) and Social Workers Union (SWU) have issued a petition urging the government to add social workers to a group of professions it is an additional offence to assault. The petition has almost 13,000 signatures so far – which means the government must respond to it – but a group of social workers and academics have come out against the idea, on the grounds it is unlikely to work and is ethically questionable.

BASW and the SWU’s petition asks the government to use the current Police Crime Sentencing and Courts Bill to amend the Assaults on Emergency Workers (Offences) Act 2018, which makes it a specific offence to assault an emergency worker in the line of duty.

How to manage fear in social work
Community Care Inform’s guide to managing fear is now available as a free download to support all practitioners.

The legislation currently covers police, prison, fire, ambulance and NHS frontline staff who have interaction with the public as part of their job. It means that assaults on these staff, as defined by the legislation, carries penalties of up to 12 months in prison, double the standard penalty of six months, though the government has proposed doubling this again to two years through the Police Crime Sentencing and Courts Bill.

They said: “[We] regularly hear from our members about difficult and challenging circumstances that they have had to work in as part of their job. There is no shortage of stories from social workers about their experiences of being threatened or assaulted when on duty.

“This is unacceptable. Social workers are entitled to parity of esteem with other public sector professionals such as health workers in the NHS. This is not an attempt to penalise those individuals who use social work services and are genuinely vulnerable, “an important right for social workers knowing that they enjoy the same legal protections as other professionals in similar situations.”

However, the petition has prompted an open letter to BASW and the SWU in opposition, which has now been signed by 28  social workers, retired social workers, students and academics, and campaign group the Social Work Action Group.

‘Not the most ethical or effective way’

The signatories said they agreed that social workers, and others who put themselves at risk in their line of work, deserved to be protected when carrying out their roles, but that including them in the act was “not the most ethical or effective way to achieve that”.

The letter said there was no evidence the act had effectively prevented assaults, citing National Police Chiefs Council figures showing assaults on emergency workers had risen. The NPCC said the number of such assaults were 14% higher in February 2021 than February 2020.

It also said including social workers in the legislation would not protect staff who are not professionally qualified and who faced similar risks, which it said did not seem just and risked being “corrosive” to staff relationships.

It would also create an “asymmetry” by giving citizens who assaulted social workers tougher penalties than social workers assaulting citizens, said the letter, which cited the government’s impact assessment of its plan to double the maximum sentence from one to two years, which said offenders could “create a greater chance of unemployment, loss of housing, negative effects on relationships or mental health”.

The letter concluded: “We [the signatories] are of the view that, in seeking such redress, social workers should advocate for restorative, not punitive, justice approaches, in line with our professional values and principles, our code of ethics and our professional standards.”

The open letter is signed by some prominent names within social work, including Joint University Council Social Work Education Committee Janet Melville-Wiseman, who has signed it in a personal capacity, and academics Brid Featherstone and June Thoburn. Christian Kerr, chair of BASW North East, co-ordinated the letter.

BASW said that it welcomed debate on the topic. A spokesperson said: “While the number of signatures shows strong support for the petition, we know that rarely are matters in social work simple and clear cut. We welcome debate and will be further detailing the reasoning behind our petition shortly.”

In response to the petition, the Ministry of Justice said: “We changed the law to punish those who assault the emergency workers who risk their lives carrying out their duty. Attacks on social workers are of course also completely unacceptable, which is why the courts already have the power to treat these as aggravated incidents when sentencing.”

Community Care understands that the inclusion of social workers in the Act was considered when the legislation was written, but deemed unnecessary by the Ministry of Justice as courts can already consider this as an aggravating factor in an offence.