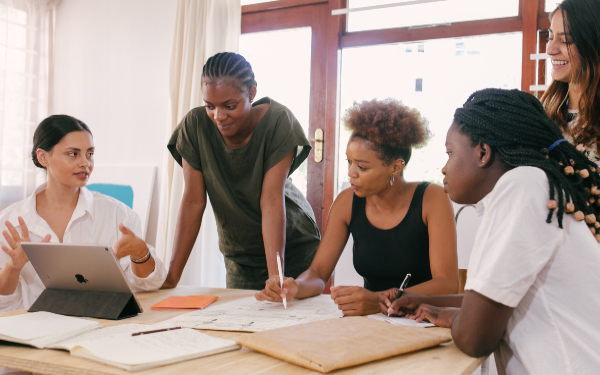 Swindon Borough Council’s senior leaders encourage social workers to contribute and shape improvements in their practice and to their working environment. As a result, more practitioners are going permanent

“I’ve worked in other local authorities where it has been so much about the numbers and the processes, that sometimes children get lost,” Amy says. “But in Swindon, the focus is definitely on the child.”

This was among the reasons Amy, a social worker in Swindon Borough Council’s assessment and child protection team, made the decision to become permanent in November 2019, having started as a locum in February 2018.

It’s a similar story for Leo, an independent reviewing officer and child protection chair, who also first joined Swindon as a locum.

“Swindon has a culture of focusing on children’s needs and outcomes which comes from the very top – from David Haley [Swindon’s director for children’s services]. And for me, that is the real motivating factor, because it means that we are all committed to doing the best for the child.”

Amanda – who became permanent in April 2020 in the disabled children’s team, having returned to Swindon as a locum earlier that year, following temporary stints at a number of different authorities – agrees.

She cites Swindon’s focus on relationship-based practice, rather than process, its learning culture and the open and fluid communications between senior management and the front line as reasons behind her decision.

The reduction in the numbers of agency staff at Swindon was one of a number of positives highlighted by Ofsted following an assurance visit in December 2020. Inspectors also hailed the quality of leadership in children’s services, which had maintained focus on the quality of practice in Swindon during the pandemic. Audits had continued during Covid, with learning from these driving continuing improvement in social work practice, Ofsted said.

The strength of leadership and the focus on practice improvement were among the reasons Ofsted awarded Swindon a ‘good’ rating following an inspection in July 2019. This also identified a significant focus on creating the conditions for practice to flourish, with caseloads having halved. 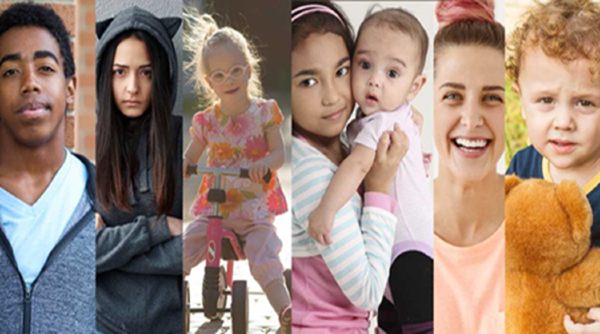 ‘Leaders are responsive to staff experiences and need’

As Amanda points out, in Swindon, there is open communication between senior management and the front line. This is something Ofsted also picked up on in its 2019 inspection, citing Swindon’s social work forum as ensuring “leaders are responsive to staff experiences and need”.

Through the forum, representative social workers from across the service meet monthly with David Haley and the principal social worker, Jackie Chipping, to discuss workplace conditions and practice issues, keep abreast of service developments and help shape children’s services.

Amy says: “This forum ensures that your voice as a social worker gets heard; that was an issue for me in a previous local authority, where it felt like they didn’t really care what we thought.”

Amanda adds: “Being able to have this platform, and having our views acknowledged by senior management, such as David Haley and Jackie Chipping, has been beneficial. It was also driving force behind me wanting to settle in Swindon.”

The forum has been of vital importance during the pandemic. As a result of its discussions, staff have been able to secure swift Covid-19 vaccinations and access to PPE. This meant social workers were not constantly having to go into the office between visits to families and potentially increasing their rate of exposure, highlighting Swindon’s focus on the wellbeing of staff and children and families during the pandemic.

Like Amanda, Leo also hails Swindon’s learning culture as a key positive, something Ofsted also referenced in its 2019 report.

Senior managers actively observe practice twice a year during practice week. Alongside this, peer observations can take place, which Leo sees the value in.

She says: “Swindon is also very proactive in peer observations and will give written and verbal feedback to staff. It is part of our learning process to observe peers and have peers observe you. I find it helpful, invaluable and encouraging. I see Swindon as an authority that truly promotes a learning culture, where there is mutual respect and invaluable opportunities to learn and develop professional practice.”

Since Amanda decided to transition from locum to permanent in April 2020, she has had the opportunity to complete her practice educator specialist training.

“Practice educator training is something I’ve always wanted to do,” she says. “I love to mentor less experienced staff members and see them grow in the profession.”

Amanda adds that she is now working with her first student, which she is really enjoying.

‘I wanted stability and career progression’

The provision of training, along with the stability that comes with being permanent, was another reason why Amy transitioned from locum to permanent.

“Being a locum is great because you have the freedom to work at different authorities, but I wanted stability and career progression,” says Amy. “In Swindon I was able to secure a step up into the role of an advanced social worker, something that I could not achieve as a locum.”

Thinking of a career at Swindon Borough Council? Check out the latest opportunities here.

And read the experiences of other social workers below: