New report highlights steep decline in the number of child protection plans for sexual abuse, but says actual prevalence is much higher and practitioners need more data and training 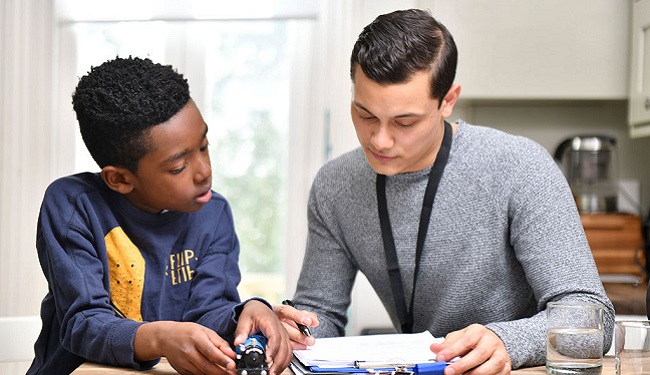 Photo: The Centre of expertise on child sexual abuse

A steep decline in the number of child protection plans for sexual abuse means this form of harm is increasingly hidden, rather than reducing, a new report has warned.

The falls suggested a change in the way CSA is being identified or recorded by children’s services, the report said, as it was not reflected in other measurements. CSA offences recorded by police increased significantly each year between 2013-14 and 2018-19, before levelling off in 2019-20 to 87,992 identifiable offences.

Reviewing statistics from police and prosecutions, sexual assault referral centres, contacts to helplines and surveys asking adults about their experience of childhood abuse, the authors estimated that 500,000 children had been sexually abused in 2019. They calculated that 15% of girls and 5% of boys will experience some form of sexual abuse before the age of 16.

However, the CSA Centre repeated its call from the first edition of the report in 2017 for the government to commit to a regular national prevalence study to more accurately gauge the scale of this form of abuse. The report also recommended all agencies should gather more consistent and detailed data about sexual abuse and said the CSA Centre has piloted a template for this.

The report stressed that most children didn’t tell anyone they were being abused at the time, with the majority of abuse never being reported or uncovered by agencies.

Anna Glinski, deputy director, knowledge and practice development at the CSA Centre, urged the sector to consider what the widening gap between the likely rates of CSA compared to identification and intervention meant for social work:

“[This report] gives us an opportunity to stop and reflect on our current response and examine what we can do to better protect children that are, or could be vulnerable, to experiencing sexual abuse… Data, and statistics in reports like this can help us see patterns that we find hard to see in our daily practice,” she added.

The report noted that while the total number of child protection plans had more than doubled since the early 1990s, CSA now made up a much smaller proportion of plans compared with other concerns such as neglect or emotional abuse. It was listed on 4% of plans in 2019-20 down from 23% in 1993-94.

Glinski called for CSA to be prioritised for training and development. The report found CSA has been “eroded” from most pre and post-qualifying courses, leaving many social workers lacking the knowledge and confidence to work with sexual abuse

Practitioners “cannot rely on children telling us what is happening to them in order to address abuse,” Glinski continued, and so training to identify signs of CSA and act on concerns was crucial.

The report noted professionals may fear that they should not name and record their concerns about some forms of CSA without a verbal disclosure, which wouldn’t be the case for other types of abuse.

The report acknowledged that concerns may be recorded in places other than the child protection plan category, for example as a risk factor in needs assessments. It said 30,460 of the 522,990 needs assessments that took place in 2019-20 listed sexual abuse as a factor. But it warned children not on plans for this category were unlikely to access CSA-specific support.

It also noted that the available data predated the pandemic and that restrictions on social contact would have made it even less likely for CSA concerns about children to be noticed or for them to tell someone about abuse. “It is likely that the impact of lockdowns will take many years to become fully measurable in survey or agency data,” it concluded.

The report found wide local variation in the proportion of child protection plans for CSA and said it was unclear why this was the case. In 2019-20, 37 local authorities suppressed data to preserve anonymity as less than five CSA plans were made and six recorded no plans with this category. On the other hand, six local authorities placed more than six children per 10,000 of the child population on CSA plans; with the highest recording 13 children for every 10,000.

It argued more robust information would help agencies across the country allocate resources appropriately, plan responses, services and training, and equip agencies with information and tools as patterns of abuse changed or risks emerged.

Sara Tough, chair of the Association of Directors of Children Services (ADCS) families, communities and young people policy committee said that a multiagency response with close coordination between local authorities, health, schools and police was required to uncover and address CSA. “However, our primary goal must be to prevent harm from happening in the first place,” she continued.

“Awareness of child sexual exploitation has evolved hugely in recent years, in part because it has been talked about so much and has received consistent focus and funding from government,” Tough added, welcoming the call for more data and research, particularly to understand abuse within the family environment which she said was among the most difficult areas of work.

Ian Dean, the CSA Centre’s director said the government’s Tackling Child Sexual Abuse Strategy published in January marked the start a shift “from the swinging focus from one specific context of abuse to another which has dominated local and national responses over the past two decades” and a prevalence survey was the next step required.

Commenting on the report, home secretary Priti Patel said that, in addition to the national strategy, the government had invested in tackling offending and the Child Abuse Image Database. “The government is constantly striving to better understand the scale and nature of child sexual abuse, which is why we established and fund the CSA Centre to improve our understanding of the issue and what works to tackle and prevent it,” she continued. The Home Office did not comment on whether a prevalence survey would be carried out.