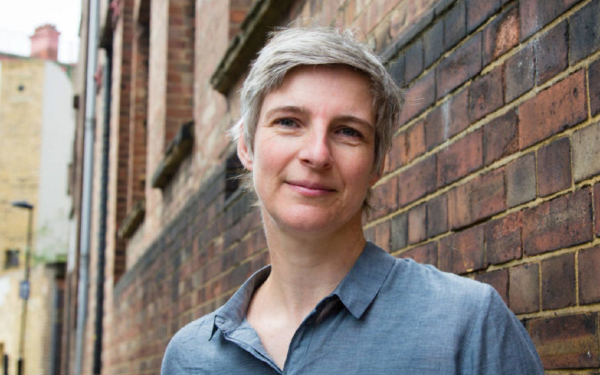 By Alice Blackwell and Mithran Samuel

Social work team managers have reported improving their leadership skills after completing a programme run by Frontline, a view endorsed by their local authority colleagues, an evaluation of the Firstline scheme has found.

The report found participants reported “statistically significant” improvements in their performance against all eight leadership capabilities set by the programme –  resilience and reflexivity, analysis and decision making, professional authority, impact and influence, learning and developing others, inspiring others, holding to account, and moral purpose. Similar improvements were reported by nominated colleagues of the managers who took part in the programme.

Participants and leaders in their authorities also reported improvements in the managers’ confidence, including in decision-making, challenging peers and senior colleagues and making changes to day-to-day operations. Senior managers also reported improvements in the practice of the managers’ team members, found the evaluation, conducted from 2018-20.

Firstline was set up in 2015, with funding from the Department for Education’s (DfE) innovation programme, to improve the leadership skills of first-line social work managers in local authorities who partner with Frontline. It is delivered over 10 months through three two-day residentials and sessions in participants’ own authorities.

The training includes a focus on having difficult conversations and giving direct feedback and constructive challenge to team members and carrying out direct observations of their social work practice. So far it has trained 500 social work managers across 63 councils.

It is one of a number of programmes targeted at first-line social work managers in England, with others including the DfE-funded practice supervisor development programme, run by a consortium led by Research in Practice, which is just about to enter its fourth year.

A post-course survey of participants found that, of 55 respondents, 52 had made changes to the way they supervised colleagues following the training, with several saying that they no longer avoided difficult conversations and others saying they were clearer about their expectations and gave specific feedback to supervisees – reflecting the focus of the Firstline programme.

The evaluation team also identified these facets in many of the nine supervision sessions they observed being delivered by participants. Overall, participants also showed a high regard and interest in supervisees’ needs and concerns, though in a few cases, the emphasis was exclusively on case management. A number also introduced group supervision.

The survey found 97% of participants were extremely or very satisfied with Firstline, with particular praise for the residentials and one-to-one training delivered.

As well as self-reported measures of success by participants and their colleagues, the evaluation, carried out by King’s College London academics, also sought to capture the wider impact of the programme.

Lower turnover but no evidence of retention impact

It found some indication that there was lower turnover in teams managed by Frontline participants compared with those managed by colleagues not participating in the scheme. However, there was no statistically significant evidence that Firstline had had an impact on staff retention or use of agency staff, with further research needed to test this.

The researchers also found that councils were unlikely to save money from participating in the programme, calculating that they might be able to make savings of £6,149 over two years through increasing team stability, but this was almost cancelled out by the £5,711 cost of the programme after DfE sponsorship ended.

However, the evaluation said that ‘non-cashable’ impacts, such as increased confidence and satisfaction among staff, might outweigh expenditure.

The evaluation also pointed out that there were other programmes, used by local authorities, that offered similar content for lower fees or free of charge, and reported that some council interviewees reported that Firstline’s lack of academic accreditation may be a problem for participants when applying for other roles or wanting to undertake further training.

In an interview with Community Care, Frontline chief executive Mary Jackson, who set up Firstline in her previous role, said the organisation was “proud” of the results, particularly the improvements in leadership capabilities, reported by participants and their colleagues.

New programme for heads of service

Following the evaluation, published last month, Frontline announced the establishment of a new programme targeted at heads of service, known as Headline, which is due to start this autumn, with about 20 participants taking part in an initial 12-month pilot.

Frontline said Headline was designed to tackle leadership challenges and maximise leaders’ impact on their service and teams. It said it differed from other leadership programmes in being focused on improving heads of services’ impact in their current roles. This was in contrast to, for example, the Staff College’s upon programme, targeted at new or aspiring directors of children’s services, and the DfE-commissioned practice leadership programme, delivered by the Centre for Systemic Social Work, which was focused at assistant directors.

Jackson said that Frontline’s learning from Firstline was the need for “high-quality leadership at all levels in the system”. She said that heads of service joining Headline needed to be “very willing to challenge themselves and have others challenge them”, to get the best out of the programme.

Among her priorities is improving the organisation’s record on race, which has been criticised by participants on the Frontline programme. Launching its racial diversity and inclusion action plan 12 months ago, MacAlister said “[too] many Black, Asian and minority ethnic people in our community don’t feel supported well enough, heard or represented. We want this to change.”

The plan has involved reviewing the curricula of its training programmes, including for the consultant social workers who oversee Frontline trainees, to include more explicit anti-racist content, and also revising its recruitment practices for staff and participants to improve its diversity. It also said it wanted to create safe spaces for black and ethnic minority participants and staff to report discriminatory behaviour.

Jackson said the organisation would shortly be publishing an update on the plan. She said progress had been made, citing the fact that, in its latest, spring 2021 cohort, 33% of Firstline participants were from black, Asian or ethnic minority groups, its highest rate yet.

Figures are not available as yet for the 2021 Frontline cohort, who start the programme next month. Of the 2020 cohort, 22.7% were from a black Asian or ethnic minority group. This is a similar proportion for children’s social workers employed by local authorities or children’s trusts, though below the latest figures for university postgraduate or undergraduate social work courses (36%).

“We are very much looking at everything we can possibly do,” said Jackson. “This is an area where we are really, really committed to improving. As so many organisations in England we found that we’re not doing as much as we could be, and that we want to do more.”