Rob Mitchell given MBE for services to profession, while honours also awarded to former Skills for Care head and ex-Children’s Commissioner

By Thomas Smith on June 15, 2021 in Social work leaders, Workforce 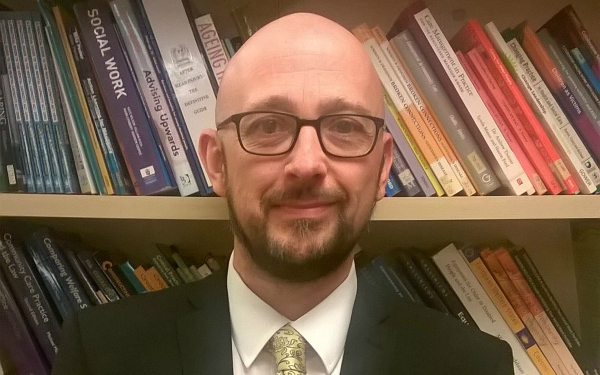 A principal social worker who has championed human rights-based practice has been awarded an MBE in the Queen’s birthday honours.

Rob Mitchell, the adults’ PSW at Bradford council, was awarded the gong for services to the profession.

Mitchell, formerly PSW at Calderdale council and co-chair of the Adults PSW Network, is a renowned champion of human rights-focused practice and critic of paternalistic approaches to social work, particularly in relation to adult safeguarding.

When network co-chair he helped organise a Mental Capacity Act call to action in 2016, highlighting the legislation’s potential to empower people, and has also championed social workers’ role in supporting people with learning disabilities to vote.

In 2019, he co-authored Social Work, Cats and Rocket Science, a collection of stories drawn from frontline practice about the impact of adult social work on people’s lives. More recently, Mitchell, a trustee of the Social Worker of the Year Awards, has highlighted the impact of Covid-19 on students and put forward ideas to mitigate this.

Mitchell described the honour as “overwhelming” but said the credit for it should be shared with colleagues.

‘Social work is not done in isolation’

He said: “I think the first thing to recognise is that there is probably not one bit of social work that is done in isolation and without the support of others. So, the award may have my name on but it is genuinely a huge team effort and this includes support from wider council colleagues, such as brilliant admin staff and those who work back office and never get the praise they deserve.

“I have been extremely fortunate to work with some inspirational colleagues in both the local authorities where I have been a principal social worker.”

He also hailed the impact of social media in helping social workers make connections, which he said was instrumental in the development of Social Work, Cats and Rocket Science.

Also honoured for services to social work was Andy Tilden, formerly director of operations and acting chief executive of Skills for Care, who has been awarded an OBE.

Like Mitchell, he paid tribute to colleagues, tweeting: “Anything I did was part of a team effort. I hope it continues to give me the opportunity to state the case for a fully recognised, valued and rewarded skilled social care workforce that enables people who draw on social care to live the best lives possible.”

Skills for Care chief executive Oonagh Smyth said: “This award recognised his outstanding contribution to developing the skills and knowledge of the adult social workforce and, as Andy is keen is point out, it’s also a recognition of the support he has received from colleagues since he first qualified as a social worker.”

The former Children’s Commissioner for England, Anne Longfield, was awarded a CBE for services to children. In a tweet, Longfield, who stepped down from the role earlier this year, said she was “really honoured and humbled to be recognised” and that it “continues to be a huge privilege to support children & their families & to work with so many other great people to do so”.

Also honoured was Vic Rayner, chief executive officer of the National Care Forum (NCF), who was given an OBE for services to social care. Rayner has been prominent during the pandemic in highlighting the impact of government policies on the sector, including in relation to funding, access to personal protective equipment and testing for care staff and care home residents, and visiting rights for families.

NCF chair Andy Cole said: “Vic is an extraordinary champion for social care. Her passion and dedication have helped shape the whole sector and her tireless efforts during the pandemic have made a massive difference to the lives of hundreds of thousands of people who use or work in social care.”

Among others recognised was Christine McLoughlin, the director of children’s services at Stockport council, who has been given an OBE for services to children and families.

AMHP workforce shrank by 4% last year, finds survey
How live-in care can keep people connected to what matters to them
What is happening to people in inpatient care, 10 years on from Winterbourne View?