Mark Trewin was, until recently, mental health social work lead at the Department of Health and Social Care. But earlier this year, he turned down the offer of an OBE from the government he had served. Here, he explains why 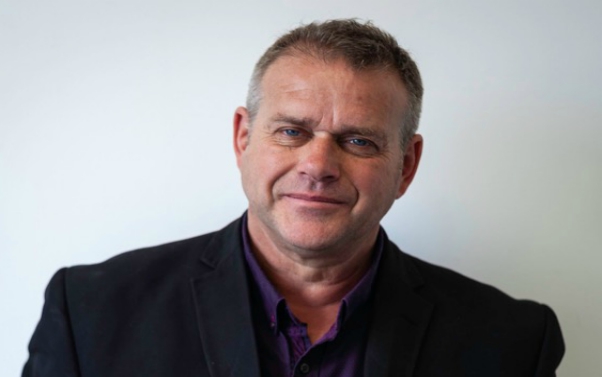 Earlier this year, I received a surprise email from the Cabinet Office informing me that the prime minister was intending to put my name forward to the Queen for an OBE due to my ‘services to mental health’.

It only took me a few minutes to consider this and to quickly respond by politely refusing to accept this honour.

So – why did I do it? It was clear that my mother was going to give me a hard time, and nobody wants that. I support social workers and social care professionals getting awards and I was very happy to congratulate any friends and colleagues recognised for their hard work in this year’s honours. I was also very grateful to whoever had put my name forward. The rather negative ‘empire’ issue with these honours is currently subject to an enthusiastic campaign for change, so that would not necessarily have prevented me from accepting it.

This all felt very personal for me, however. After a long career in mental health services across the NHS and local authorities, I have spent the last few years trying to improve and develop social care mental health services nationally. This has involved working across a range of government agencies and it is this experience that has meant that I just could not accept an honour from the government at this time.

My view is that any tiny amount of progress or improvement that I have been involved in or have observed has mostly been achieved by working around the government not with it or because of it.”

This is an administration that has not valued or understood the role of social care and local authorities in mental health and has not taken the action needed to fund, reform or develop it and improve the lives of people who use these services.

In fact, people living with mental health issues have had a much more difficult experience over the decade that this government has been in power, as the recent reports by Professor Michael Marmot have shown.

Social housing has reduced, whilst homelessness increases. The disability and work -related benefit system has become much more complicated and difficult to access for people with mental health issues. The funding of social care services that support people to live in their communities has substantially reduced, and the essential partnership working with the NHS and other agencies has become much harder to achieve.

Local authorities have a key role in commissioning and delivering community and crisis mental health services – including a range of issues that the government identifies as a priority. They commission many of the essential community groups and services that keep people well at home. They run the approved mental health professional service that assesses people in crisis. They provide community social work teams that deliver people’s rights under the Care Act. They are essential to keeping children and young people out of hospital and supporting them into adulthood.

Social care is a vital part of reducing the use of out-of-area placements, providing supported housing that keeps people in their own home and ensuring that people receive the positive personalised support they need to live successfully and independently in the community. Key parts of the NHS long term plan cannot be successfully delivered without social care – especially the brilliant community mental health framework currently being rolled out across the country.

Much of this information on the need for reform to the funding and organisation of social care has been made clear to the government by a range of social care experts, organisations, service users, carers and community or charity leaders. Recently, a group of social care leaders wrote to the prime minister and the previous secretary of state to outline the importance of social care reform and funding that includes a positive vision for all age groups and an integrated workforce plan.

It is not just those involved in social care who feel passionately about this. Colleagues in NHS England, the Health Foundation and NHS Confederation have put forward eloquent and evidence-based arguments for mental health social care to be funded and reformed to act as an equal partner, working with them to modernise mental health services.

Many civil servants working across government recognise the need to improve the role of social care in mental health and actively try to achieve this. The proposals to reform the Mental Health Act clearly outline the need to fund and reform social care if the positive changes suggested are to be implemented.

The response of the government has largely been to ignore all of this advice and evidence.”

Mental health developments and funding are largely based around the NHS. The long-heralded social care reform has been stalled for some time. If a version of it does appear later this year, as has been promised, it appears increasingly likely that it will mainly concentrate on the financial reform needs of older people and the protection of their assets.

If this is the case, this will be a waste of a brilliant opportunity to reform and develop mental health social care to provide the personalised, community-based support that people want. Older people are very important, but half of the social care budget is spent on adults of a working age and young people entering adulthood and we cannot forget them.

There have been some positive steps forward. The reform proposals for integrated care systems go some way towards improving joint working. The Breathing Space legislation has given some relief to people with mental health issues in financial debt. The Think Ahead programme has supported people to make a positive move to mental health social work in their careers. We successfully argued for some resources to expand AMHP training.

Whilst these small steps are welcome, social care needs a major injection of funding to support people with mental health issues, backed up by fundamental long-term reform that places people who use services at the heart of their own care and support.

People with mental health issues, autism and learning disabilities have a right to live fulfilled, independent lives with their families and in their communities. Young people with disabilities have the right to enter adulthood with the support they need to live their best lives.

Mental health is much wider than health and social care services. The relationship between disability benefits, social and healthcare needs radical reform. The Money and Mental Health Policy Institute has brilliantly outlined these issues and what needs to change.

Housing is a major issue within mental health. The lack of good-quality social housing and supported accommodation, together with the rise in homelessness, have been major national issues.

Every day, local authorities are trying to support people through complex systems that do not always help the people who need support. Access to work, no recourse to public funds for asylum seekers, support for carers and the complexities of aftercare under section 117 of the Mental Health Act all need to be reformed and simplified.

As someone who has had a small role in trying to highlight these issues, I feel a great deal of frustration at the lack of progress.

No government can resolve all the problems placed before it, especially with a pandemic to deal with, but this government promised to ‘sort out’ social care and has made a firm commitment to reforming mental health.

Local authorities, their partners and experts by experience know exactly what need to change and how to develop the services for the future. The government needs to trust them and provide the funds and supportive national infrastructure to make this happen.

Why government is not supporting social care

I am often asked why the government seems so slow to support social care in mental health when the issues are clear and the advantages so obvious.

The answer is complicated. Many of the civil servants working on housing, social care or mental health policy have a good knowledge of the issues and regular contact with sector leaders. They produce draft plans and reports that are largely welcomed.

The issue appears to be that these are not always reflected in final policies and funding arrangements once the Treasury, Cabinet Office, special advisers, ministers and Number 10 have had their say. Within these offices, knowledge of the issues are weaker and decisions tend to revert to areas where politicians feel comfortable – funding the NHS or resolving issues for older voters.

There is also a wider responsibility for the sector to make a clear argument for social care to be about positive and innovative resolution of the issues facing government and voters. Too often, our message has been one of overwhelming and negative crisis rather than one of hope and change – as the Social Care Future team has effectively pointed out.

I did not feel that I could accept an honour where so little progress has been achieved and so many people continue to struggle.”

I had not been successful enough in my efforts to persuade the government of the vital role of social care to feel that such a reward was appropriate at this stage.

My challenge to the government now is to prove me wrong. We have a new Secretary of State who has the opportunity to put right some of the mistakes of the past. Let’s have a social care reform plan before the end of this year that is creative and radical, that includes mental health, younger people and autism and that is designed with people who use services to genuinely improve the lives of all those people with mental health issues currently struggling within the system, and the hard-working professionals who work with them.

Mark Trewin is a mental health social worker. He is writing in a personal capacity.