Practitioners have used creative techniques to overcome the barriers to relationship-based safeguarding practice that Covid and lockdowns have thrown up, research has found 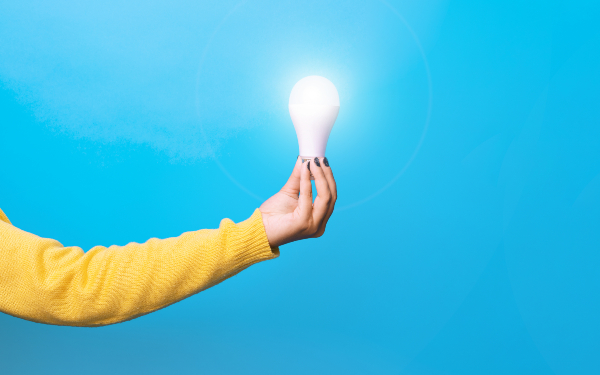 Covid-19, and the response to the pandemic, has presented extraordinary challenges to the care sector. New research funded by the Health Foundation and led by researchers at Keele University, however, sheds light on how creativity has played the biggest role in continuing adult safeguarding practice within the constraints of the challenges posed by the pandemic.

Evidence shows that referrals for adult safeguarding referrals dropped early on during the pandemic, followed by a jump exceeding ordinary levels and an overall increase in referrals from previous years.

Moreover, there have also been particular concerns about the extent to which ‘hidden’ forms of harms such as financial abuse, domestic violence and self-neglect were being exacerbated by lockdowns and, consequently, how visible they were for adult safeguarding teams.

At the heart of effective adult safeguarding practice is building and maintaining relationships with individuals and across agencies. Yet the pandemic has also presented professionals with a range of problems in maintaining and developing these relationships.

Lockdowns and reductions in face-to-face visits meant professionals were unable to see and speak to individuals, both in the community and in residential settings, as easily. The use of virtual and remote technologies for assessments, plus the use of PPE, may make communication more difficult. Concerns have also been expressed about how much adults with care and support needs were being involved in safeguarding activity where this was predominantly being done online and they did not have access to the relevant technology. The research project sought to explore in more detail how practitioners had overcome some of these challenges.

Participants in the research most often reported that responding to concerns of abuse and neglect during the pandemic, and particularly during lockdowns, naturally became more challenging. However, thinking ‘outside the box’ helped them carry on supporting adults with care and support needs who were at risk of abuse or neglect; in effect, the pandemic did not changed what was done, but the way it was done. Almost all frontline and non-frontline professionals noted that the key feature of adult safeguarding practice during the pandemic had been creativity, but this creativity took different forms.

Creativity within the parameters of risk

Frontline practitioners often reported that thinking about creative ways to engage with adults at risk of abuse and neglect required a more explicit appraisal of the public health risks under Covid-19.

It was reported that the pandemic had thrown up aspects of risk that may not have been routinely considered beforehand; that is, public health risks from Covid-19 to both the client and professional working with them. Practitioners often reported needing to weigh up this public health risks more explicitly, particularly against the benefits of undertaking a face-to-face visit, for example.

Where in-person visits were done, practitioners often reported a balancing three competing aspects in their decision-making: first, needing to consider the different options available to them to be able to see and speak to their clients, balancing those options with the risk from Covid-19 and, finally, weighing these against the benefits gained from seeing the person face-to-face and potentially being able to have a more private or in-depth conversation than on the telephone.

Practitioners highlighted a variety of ways that they navigated these competing risks creatively, such as by visiting someone in their garden, on their doorstep (while also being conscious of the need for confidentiality) or even driving them to appointments.

Creativity in skills and how they are used

Within the challenges that Covid-19 presented for adult safeguarding practice, frontline practitioners also often spoke about the need to be creative in adapting and developing their skills. For example, when undertaking mental capacity assessments, needs assessments or safeguarding enquiries with a person over the telephone or virtually, practitioners often reported having to take different approaches to the questions they asked.

It was important to many practitioners to think about how to frame discussions differently depending on their circumstances and the means by which they were having those conversations. For example, with remote means of involving clients in adult safeguarding, it is not always possible to know whether the person is on their own, or whether there might be another influence around them listening in or telling them what to say. Practitioners often reported having to think about how to frame the questions they were asking differently so as not to potentially put the person at increased risk:

“We did have to think about how we communicated with people, particularly where there were issues maybe within their own home environment…with some people, you need to know they’re on their own when you’re talking to them, that there isn’t another influence, that you’re not then placing them at more risk if you’re asking questions…”

Moving forward, most practitioners acknowledged that there was scope for increased reliance on remote technologies in the future, particularly for large multi-agency meetings and to balance administrative responsibilities. However, most frontline social work practitioners felt that it was important not to rely too heavily on these on a day-to-day basis in the future, particularly where there were concerns about abuse or neglect:

Covid-19, however, also presented opportunities to draw on a wider range of people and resources in order to look out for adult safeguarding concerns that lockdowns might hide, such as self-neglect, financial abuse or domestic violence.

For example, practitioners often noted having more involvement with the many volunteer groups that were set up during the first lockdown to provide support for older adults or adults with care and support , including those who had been advised to shield. Many organisations we spoke to also provided basic adult safeguarding training for these volunteer groups to maximise their awareness of abuse and neglect, and therefore their potential to report concerns.

This is one area in which the shift to virtual working was seen to have benefited safeguarding; the ability to arrange and deliver training to a much larger number of people than previously. Practitioners also engaged to a greater extent with other agencies, such as through welfare checks from the police, and also with taxi drivers, refuse collectors, banks, shops and neighbours, for example, in order to build the ‘natural surveillance’ that is so crucial to identifying hidden abuse and neglect.

As well as identifying how creativity had been so important in adult safeguarding during the pandemic, the research also clearly showed frustration with barriers to being creative. For example, practitioners often reported concerns with the rapidly changing nature of the guidance issued by the government during the pandemic, intrinsic and inflexible differences in face-to-face visits among different sectors, as well as ambiguity in the legal framework around safeguarding, mental capacity, and the Care Act.

These factors were seen to be problematic in developing creative ways to respond to situations of abuse and neglect. For many participants, these barriers had a knock-on impact on their ability to personalise adult safeguarding and tailor responses to the circumstances of the individual in front of them:

“What frustrates me about safeguarding is the politics and the stringent use of procedures to reduce our creativity, to stop us from thinking about some of the dilemmas. Everything is the same. Safeguarding is safeguarding. And it’s not, each case is different.”

The research runs until November 2021. If you are a frontline practitioner and would like to take part in our survey to tell us about your experiences of adult safeguarding and social care during the pandemic, please click here.

To take part in a research interview, please contact l.g.pritchard-jones@keele.ac.uk

COVID-19 and Adult Safeguarding and Social Care is a mixed-methods project that is being conducted by researchers from Keele University.. The research involves surveys and in-depth interviews with frontline practitioners working in adult safeguarding in both England and Wales, across a range of organisations such as social work, nursing, safeguarding adults boards and those in the charitable and private sectors. You can find out more on the project’s website..

Laura Pritchard-Jones is lecturer in law and programme director for the MA in safeguarding adults: law, policy and practice at Keele University