Social workers in Surrey’s children’s services are getting more positive feedback from families than ever before following the introduction of the family safeguarding model. Here are just some of their stories

By Judy Cooper on September 3, 2021 in Community Care 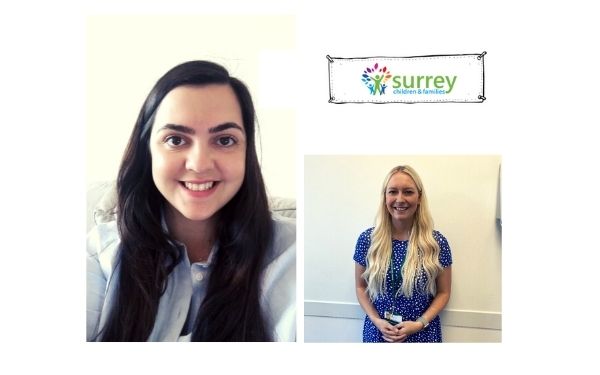 *Rebecca had moved to Surrey in the hope of a fresh start for her and her children.

In the previous local authority area where she had lived Rebecca had a past where domestic violence and alcohol abuse had seen her children placed on child protection plans and entering the Public Law Outline (PLO) process.

Although Rebecca had made progress and social care’s involvement was stepped down, Rebecca had felt deeply unsupported throughout the process, particularly in battling her alcohol addiction. While at her most fragile she was simply handed a phone number if she needed to call community services. She was never able to speak to the same person when she did so.

But just a few months after moving to Surrey her hopes of a new beginning were blighted by an episode where her drinking caused her to pass out and her children witnessed their Mum being resuscitated by paramedics and rushed to hospital.

Fast forward a year and Rebecca is now 10 months sober, looking to get a job and further training. Her children are settled and progressing well at school. She has entered a new relationship and voluntarily made a Clare’s Law disclosure request (Domestic Violence Disclosure Scheme).

Her experience with children’s services in Surrey, compared to the other local authority, has been so much better that she recently stood up in front of a senior leadership team at the council to tell them how she believes the family safeguarding model helped keep her family together.

Emily Stacey, a newly qualified social worker on her ASYE, has worked with Rebecca over the past 12 months alongside a drug and alcohol worker, a family support worker, a mental health practitioner and domestic abuse worker as part of a single team.

“Rebecca forged a really strong relationship with the drug and alcohol worker on the team who is really down to earth and made her feel comfortable,” Emily says. “Together they put in place a nine-week intervention and support programme which included the cycle of change, life maps, life baggage – so really identifying what was getting in the way of her recovery.”

Rebecca had the worker’s mobile number to call so that she could talk directly with the person who was helping her and knew her well. As she began her recovery, she could see improvements herself – how good it felt to no longer have a constant hangover, to be available to her children and the improvement in their relationship.

Alongside this, Rebecca also worked with a domestic abuse practitioner. The children did work with a family support worker and a mental health practitioner who helped them with calming tools when they were feeling overwhelmed. They also began addressing their severe social and emotional issues.

“They’ve now started to talk about what happened and how it felt seeing their mum be resuscitated so they’re starting to come out of that trauma period,” Emily adds.

She points out that having so many more professionals with specialisms working with the family alongside her not only helped swift and sustained progress for the family but also shared the responsibility and increased the information and insight about the family’s needs.

“We just knew so much more about this family without it all resting on one person,” she adds.

Emily says on top of these extra resources, the family safeguarding model also helped her own practice and subsequent relationship with Rebecca.

“The motivational interviewing training was key for me. I know she has said that she now feels heard by children’s services. I know she appreciates that we have proper conversations and she feels able to challenge decisions.

“It’s been a bit of a gamechanger for me.”

Jane* is another mother who has also been able to keep her family together as a result of the family safeguarding model despite very different challenges.

Jane had been in care herself as a child and has five children, the first born when she was just 17. After initial involvement with children’s services with her first two children there had been a prolonged period of stability.

However, the birth of another three children in quick succession closely followed by the COVID-19 lockdowns saw the family referred to children’s services with concerns about neglect and emotional abuse.

Emily Furner, her social worker, says she feels having all the children at home during lockdown exacerbated the existing challenges of poor housing, poverty and existing poor mental health for Jane.

“A chance visit by police prompted the referral. You couldn’t see the floor, it was just covered in food, dirt, litter. She was also hoarding and felt unable to throw anything away. Her youngest child was crawling; it was unsafe and unhealthy.”

“The motivational interviewing training helped me have some really awkward conversations with her, but I feel the model also helps you to be kind”.

“Before it felt like we were doing assessments and interviews but in this model you are asking parents what they would like to change. You are using their own words, so they feel heard and listened to.”

Emily worked alongside a mental health practitioner and a family support worker. As a result, Jane was able to share that because of the neglect in her own childhood she often found it difficult to see the difference between clean and dirty. She also revealed that after growing up in foster care she found it hard getting rid of anything that belonged to her.

“For her to reveal that to me was quite a big thing and I think it shows she feels it is an open and honest space now.”

Emily says she believes the model has helped change Surrey’s culture to one focused on keeping families together and at home safely.

“I feel it fits with most social worker’s ethos because we want to feel we’re helping people.”

Emily says having the specialist workers in the team still feels like a luxury and Kay Daubney, service manager for the south-west family safeguarding team, points out that it’s a more efficient and effective approach because they are all part of the one team.

“In many of these families adult workers might have been involved. But now families are getting a personal and tailored intervention from all the agencies without having to repeat their stories over and over. And it feels we can be clearer with families because it’s a co-ordinated team rather than multiple outside services offering different views to our own.”

Kay is strongly passionate about the model after hearing first-hand from families the difference it is making to them. This is made more powerful because in her role she often does not meet families until they are in the final stages of the intervention work.

“You would have thought there would be negative feedback at this stage but actually families are still appreciative of the quick and positive response they have had from us. The team worked with a family recently that had been re-referred after four previous child protection plans.  We had no choice but to escalate because of the history. In the final legal meeting the mother said she felt everybody should have a social worker, an ASYE, a psychologist and a drug and alcohol worker like the ones that she had had.  She compared this to her previous experiences of agencies and felt that she got a more personal service.  It was really impressive to see her reflecting on her journey and the impact it had had on her, her children and their relationships. She was very honest that she was not at the end of that journey, but she did feel very supported and motivated.”

Kay says she is also buoyed by the fact she sees and hears social workers demonstrating such positive regard as a result of the model.

“The team are more motivated and positive about the model because we are getting positive feedback from families, more than we’ve ever have had before,” she adds.

If you’re interested in finding out more about working at Surrey’s children’s services check out the employer profile, register your interest or email cflworkforceteam@surreycc.gov.uk