By Rob Preston on September 21, 2021 in Children, Social care leaders 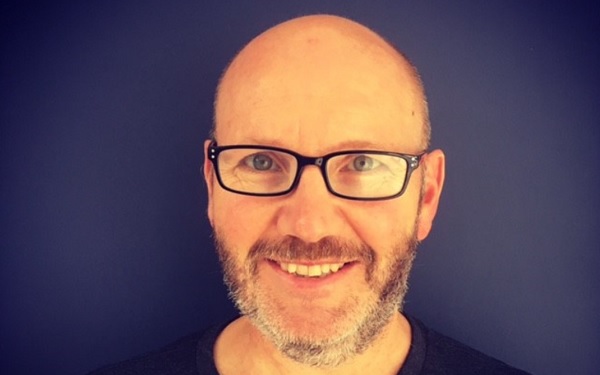 Local authorities should cede responsibility for children in care to a new national service, a fostering charity has argued in its submission to the care review.

TACT urged the review to recommend the creation of a National Care Family (NCF) to take over fostering, adoption, and kinship, residential and secure care provision, and also provide lifetime support services for care leavers.

TACT’s chief executive, Andy Elvin, said such a service would do a better job of supporting looked-after children – and their carers – because they would be its sole focus and it would not be “distracted” by child protection responsibilities.

However, the Association of Directors of Children’s Services (ADCS) warned that TACT’s proposals would create “very significant disruption with few guarantees of improved outcomes for children”.

TACT’s call follows the creation of regional adoption agencies to deliver adoption services previously run by local authorities and government plans to deliver some on a national basis.

In its case for change, published in June, the care review said that there was “insufficient national coordination” of children’s social care services.

In a blog post last week, care review lead Josh MacAlister flagged the advantages of  running more services on a regional or national basis to “address wide and concerning variation in decision making”. However, he warned that stripping councils of responsibilities would be disruptive.

Under TACT’s proposals, local authorities would retain responsibility for family support services and child protection, but the NCF would take over once a child entered care.

The proposed service would also take over responsibility for children who returned to their birth parents from care and the secure youth justice estate. It would also have its own dedicated health service, providing emotional and wellbeing support to help children recover from trauma.

In the paper setting out the proposals, TACT said the NCF would “not be a corporate parent” but would instead support the adults who cared for the children in its care.  In an interview with Community Care after its launch, chief executive Andy Elvin clarified that the service would have legal responsibility for children in its care, but it would delegate authority “properly”.

“The people directly caring for the child need to have the power to make day-to-day, week-to-week, month-to-month decisions about the child’s life because then the child can be involved in those decisions,” he said.

TACT proposed that each child assigned to the NCF would have a designated social worker. This would not apply to care leavers using NCF services, but they would be able to access support “for the rest of their life”.

The charity suggested the creation of a “care bank”, an idea first proposed by Children England, to fund the services covered by the NCF including fostering, residential fees and special guardianship orders, using money raised through income tax. It said this would safeguard funds to support children in care in their best interests and stressed the NCF would not make use of for-profit fostering agencies or children’s homes or engage locum social workers because of the “egregious” margins charged by agencies.

Elvin said local authorities’ management attention currently focused on child protection at the expense of other services because “that’s where the risk is”.

“The fostering teams, the adoption teams and so on – they are not the best supported, best managed, best motivated parts of children’s services at pretty much every local authority you go into,” he said.

“Whereas if you have a service where this is what you did – your people are adopters, they are foster carers, they are kinship carers, they are the social workers and other professionals who support them – if that is your sole focus, you are going to do it better because you are not distracted by the child protection side.”

While TACT’s proposals would not split family support and child protection services apart – an idea being considered by the care review – Elvin said they could help to relieve some of the tension described by the care review when children returned from care to their birth parents.

“I think it would solve that tension for children going back home after a period of care, because they’d stay within the supported service,” he said. “If you are a social worker going on a support visit, it is very different from going out on a child protection investigation.”

But Elvin stressed that a lot of local authorities do family support alongside child protection “quite well”.

“Nationalising 152 local care services and dividing other key services, such as health provision into two sections, would require the creation of new laws as well as the wholesale transfer of records, systems and staff, the tearing up established guidance and ways of working as well as the severing of democratic links with local communities,” she said.

“The separation of care from family support and child protection work in local authorities plus the creation of other agencies to oversee independent reviewing officer functions, the purchasing of care placements and a network of new local advisory boards risks more siloed working and confusion, not less.

“We are ambitious for children and open to reform, but we should learn from the failed reforms of probation services and the NHS.

“This does not seem like the best use of either energy and resources at this time and carries unacceptable levels of risk.”

Carolyne Willow, director of children’s rights charity Article 39, said foster carers being granted parental responsibility would have “huge implications for birth parents” and could be a “significant departure from the Children Act 1989’s partnership principle”.

“The test for me of any proposal is always what might this give to children and young people, and the extent to which it could fulfil their rights under the United Nations Convention on the Rights of the Child, and that of course includes their fundamental right to family life,” she said.

MacAlister expressed the review’s mixed feelings towards taking some children’s services out of the hands of local authorities in his blog.

“Doing parts of children’s social care nationally or regionally could address wide and concerning variation in decision making, how children and families are supported and the services they have access to,” he said.

But he said: “Reorganising services from local authorities could have unintended consequences for other important services, such as the housing that care leavers might need or access to special educational needs support.”

MacAlister also said that his review had heard warnings in response to his initial ‘case for change’ proposals against separating local authorities’ work to help families and offer protection.

He had asked in the case for change document whether a system which undertakes both support for families and child protection was “impeded in its ability to do both well”.

Organisations including ADCS expressed “significant concern” at the document’s question, warning that the two services were part of the same “continuum”.

MacAlister appeared to have softened his stance in his blog, noting “concerning examples from other public services – such as probation reforms – where high risk work was unsuccessfully separated out”.

He also said the review was struggling to solve its belief that children’s social work had become too bureaucratic and not focused enough on direct work with families.

“Removing duties, guidance or prescription in a system with wide inconsistency and underlying performance issues could be unsafe for children,” he said.

11 Responses to Councils should lose responsibility for children in care to national service, says fostering charity