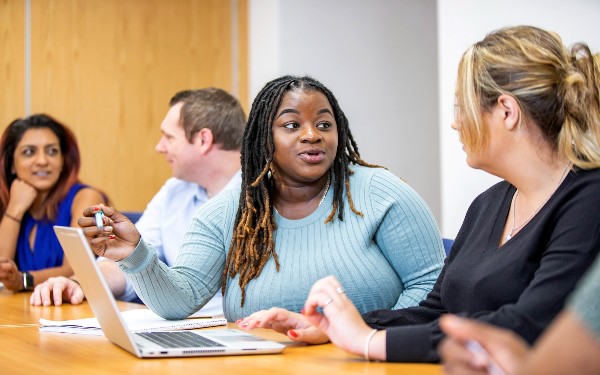 Social workers at Wokingham Borough Council demonstrate the benefits of working in an ambitious authority with a culture of support, challenge and learning

The Ofsted focused visit to Wokingham Borough Council in June 2021 gave newly-qualified social worker Rebecca Aston an opportunity to share some of the work she had been doing with children and families.

“I was able to highlight one case involving a mum who had experienced domestic violence as a child and as an adult,” says Rebecca. “My role was about making sure she had the right support and understood healthy relationships and how to safeguard herself against abusive ones in the future. The inspector said my handling showed a sophisticated understanding of the dynamics of domestic violence and showed how the Signs of Safety framework was working well in practice.”

In another example, Rebecca was able to talk through why risks to a child had not escalated.

“I explained that the mum’s increased engagement with the child made us in the team feel that we were able to manage the risk at the level of a child in need plan. The inspector left completely agreeing with me and said I had taken him on the journey and helped him to understand how and why we were managing the case in that way.”

Ofsted highlighted significant improvements in how children were supported through effective child in need and child protection plans. It was recognised that the supportive, stable and accessible senior management team, which had prioritised manageable caseloads, had enabled social workers to deliver meaningful direct work to children and their families.

Social workers were benefiting from a learning and development offer which includes training and ongoing coaching on the local authority’s practice model, said Ofsted. Personal and case supervision was reflective and supportive, inspectors found, something that has helped Rebecca to confidently apply practice in a way that results in positive outcomes for children and their families.

Rebecca has also welcomed the introduction of social work assistants during 2020. The role has helped to relieve pressure on social workers, giving them more time to engage with families, while the assistants manage the administration.

“My manager is good at identifying my training needs, gives me a variety in my caseload, and gives me constructive and challenging feedback,” says Rebecca, who joined the authority as part of the ‘Step Up to Social Work’ programme and is now a member of the Ambleside Team – one of Wokingham’s long-term teams.

“I’ve noticed that this culture of acknowledging our good work spreads across the team and, much in the same way that our Signs of Safety framework has a relationship-based focus that works to strengthen family networks and their communities, that strengths-based approach helps to bring out the best in us too. 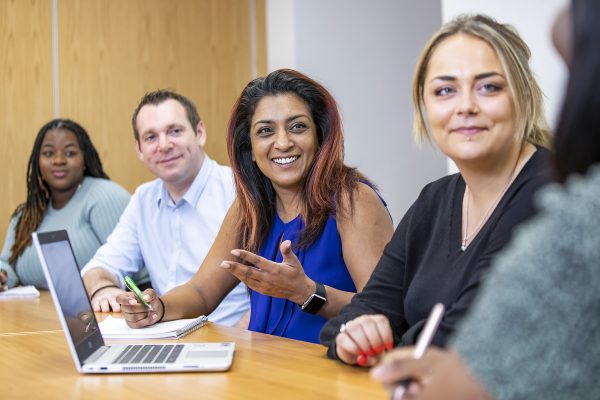 “Being in a small local authority means I get to work in different teams and meet other colleagues, and that makes communication easier and the transition for families more seamless. And I genuinely feel that I am working among people who are really dedicated to their families and compassionate and want the best outcomes for them in terms of their ethics and values.”

Kiran Nagampalli, who was recently promoted to assistant team manager in the Brambles long-term social work team, says that the support she gains from her colleagues was one of the reasons why she has been there so long. “Wokingham is a very encouraging and nurturing place to work in, which is why I have been there for as long as I have,” she says.

Kiran joined the team as an agency social worker but decided to transition to being a permanent member of staff in August this year. “My family circumstances had changed with my youngest going off to university,” she says. “It made sense to become permanent because of the financial incentives – paid annual leave, sick pay, and the generous pension offered by the local authority.”

“My team manager said that, given my commitment to the service, and how hard working I had been, she wanted me to consider taking up a management role,” says Kiran. “I was initially quite sceptical because it meant a different type of social work, but she assured me that I would have support and the right training.”

So rather than feeling like she was being thrown in at the deep end, Kiran stepped into the assistant team manager role with access to structured support from both managers and her peers.

“When I first joined the team I came with very little court work experience, but through supervision I have had access to lots of training. That level of support has not changed five years on. The service managers hold a wealth of knowledge and expertise and are extremely approachable.

“I have ample opportunity, through reflective supervision sessions, to speak to managers and I don’t feel like my professional opinion is sidelined when dealing with cases.

“For example, if I have a difference of opinion from my manager on certain care plans for children, I can set up a meeting and explain my rationale before a final decision is made. No decision is taken lightly. I remember I was able to do this with a case involving a child who was due for early adoption which the family was hesitant about. We made sure we had adequate time for discussions before a final decision was made.

“I had personal congratulatory notes following my promotion from colleagues, who have continued to offer me support. Both colleagues and the wider organisation have supported me on my transition to becoming an assistant team manager,” says Kiran. “I have been able to sit in on complex strategy discussions to better understand social work from the management perspective and as a result I really feel like I have a strong, close-knit safety net where the learning culture is promoted.”

Are you interested in working in Wokingham’s children’s services?

Read more about the council below: