The shift to viewing CSE as a form of criminal exploitation, ‘deficient’ risk assessments and an ‘unhelpful’ statutory definition have led to false assumptions that rates are declining, says child abuse inquiry

By Joanna Silman on February 3, 2022 in Children, Social work leaders 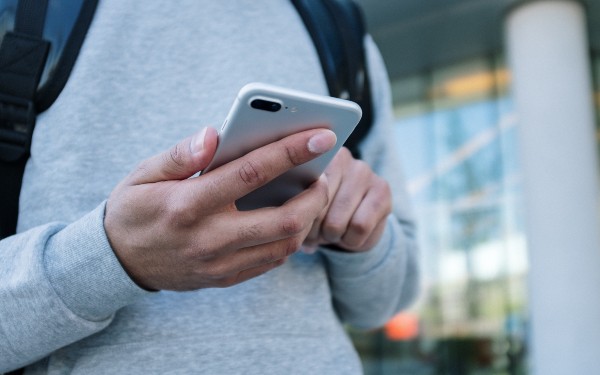 Child sexual exploitation is becoming “even more hidden” as police forces and local authorities fail to keep up with this “pernicious and changing problem”, an investigation has found.

The report by the Independent Inquiry into Child Sexual Abuse said agencies were underestimating the extent of CSE, and that less was known about its prevalence now than in 2015, when it was deemed a top policing priority. This was partly due to many services now approaching exploitation more broadly and recording CSE cases as criminal exploitation, rather than as a distinct category.

“Deficient” assessment practice, where children were deemed ‘at risk’ of CSE when they had already been harmed, and definitions that were “not fully understood or universally applied” also contributed to CSE being “downplayed”, the inquiry said.

It also criticised the lack of detail in Ofsted findings and said recent inspection reports were often positive about CSE practice but did not give detailed evidence for their judgement, potentially giving “false reassurance”.

Its report suggested leaders may be “more keen to assure themselves that their area is ‘not another Rochdale or Rotherham’” than driven to root out the full extent of CSE locally.

Inquiry chair Alexis Jay said: ”The sexual exploitation of children by networks is not a rare phenomenon confined to a small number of areas with high-profile criminal cases. It is a crime which involves the sexual abuse of children in the most degrading and destructive ways, by multiple perpetrators.

“We found extensive failures by local authorities and police forces in the ways in which they tackled this sexual abuse. There appeared to be a flawed assumption that child sexual exploitation was on the wane, however it has become even more of a hidden problem and increasingly underestimated when only linked to other forms of criminal behaviour such as county lines.”

The report acknowledged that the rationale for teams and models covering all forms of exploitation “appears to be that it discourages a ‘silo’ mentality”. However, it said the harm sexually exploited children experienced and the service response they needed could be significantly different from that of victims of other forms of exploitation, or other sexual abuse. If CSE were simply subsumed within a broader exploitation category, “the risk of dilution of focus is too great,” the report said, adding that it needed a “distinctive and separate focus”.

The inquiry concentrated on six local authority and police force areas that had not already been subject to an independent investigation: Durham, Swansea, Warwickshire, St Helens, Tower Hamlets and Bristol. All had shifted to consider CSE with a general framework of child exploitation.

It said it did not receive a reliable picture of CSE from these case study areas and “the data presented were confused and confusing”. In two areas, it found levels of CSE appearing to fall, which it put down to changes in “data collection and reporting problems, rather than changes in prevalence”.

The report recommended that the government take steps to ensure CSE data is collected separately from criminal exploitation and other forms of child sexual abuse and in a consistent way. Services should also record sex, ethnicity and disability of both the victim and perpetrator, to assist police disruption activity and local authority commissioning.

The inquiry also noted “flawed reasons” why children were not classified as victims or at risk of CSE, including examples in one local authority of “failure to understand the concept of consent”.

Separately, the investigation said the definition of CSE in statutory guidance for England was too restrictive in saying the sexual exploitation needed to be in exchange for something the victim wanted and/or for the financial advantage or increased status of the perpetrator.

It said that if one or both of these elements had to be present “the most egregious cases – where children are brutalised into sexual activity by serious violence – would fall outside the definition”.

The inquiry said that the concept of ‘exchange’, which might suggest children had a choice in their exploitation, was an “unhelpful distraction” from the imperative of identifying all children harmed by, or at heightened risk, and catching perpetrators. The report said workers from different agencies should be able to understand the definition and apply it consistently, but instead there was “considerable and unnecessary disagreement”.

It called on government to revise the statutory guidance to state that the “core element of CSE” was that the child was coerced, manipulated or deceived into sexual activity.

The inquiry said that any definition should also be regularly reviewed to ensure it addressed the evolving nature of CSE, including changes in online grooming and abuse.

Additionally, it recommended the DfE update the guidance to include detailed information on the role of the internet in CSE perpetration, and how to identify and respond to CSE perpetrated by networks.

Address the ‘merging of risk and harm’

Across the case study authorities, the investigation found “repeated examples” of children being described as being at low, medium or high risk of CSE when they had already been harmed and needed immediate intervention.

“If a child has a sexually transmitted disease, this is clear evidence that a child has already experienced harm; it is not merely an indicator of risk,” it warned. It recommended that updated DfE guidance make clear that signs of sexual exploitation should be treated as such, not as “at risk” indicators. Local authority assessments should accurately distinguish between those at risk of CSE, those who were experiencing or had experienced it, and victims at risk of further abuse, the report said.

It also cited examples where incorporating CSE practice with other forms of exploitation had impacted on risk assessment. For example, in Durham, an adapted Child Exploitation Vulnerability Tracker (CEVT) was used, but only children scored as high risk for CSE met the threshold for monitoring. The investigators said this meant some children did not receive the appropriate response.

The frequent downgrading of actual harm’ to ‘risk’ meant opportunities to investigate, disrupt and prosecute offenders were reduced, the report noted.

The inquiry drew attention to the “troubling” continued use of checklist approaches to assessing CSE. It said assessments that score risk numerically should only be used alongside a competent professional assessment that explored and recorded harm the child had experienced.

It highlighted the National Working Group (NWG) Exploitation Response Unit’s assessment tool used in Warwickshire and the practitioner prompts in the All Wales Practice Guide as positive examples of holistic risk assessment practice.

The inquiry also found the language used around risk was problematic in some areas. The report noted a director of children’s services giving evidence to the inquiry had spoken of a child exhibiting “risk taking behaviours” and “placing [herself] in situations of vulnerability”. Elsewhere, a child’s record said she had “sexual partners from the age of 11”. However, it found that some councils regularly audited files for use of inappropriate language.

The report also concluded that insufficient attention was given to identifying victims from particular groups, and then providing them with appropriate support. While it found evidence of awareness raising and training on CSE of boys in all six areas, the inquiry said abuse of boys could be “less understood and overlooked”, particularly exploitation via dating apps and social media.

The investigation also heard evidence of the additional barriers to identifying or disclosing CSE of children from ethnic minority backgrounds. This included “a lack of cultural competence” or confidence in working with particular communities and low diversity among staff in some areas leading to unconscious bias and low levels of reporting.

Disabled children made up a third of the sample of children’s experiences explored in-depth across the case study areas, and the report said they were generally at heightened risk of CSE. But the investigation said there was “no or limited evidence” their disability was taken into account in assessments.

The report also noted that children in residential care were particularly vulnerable to CSE, but there was a shortage of suitable placements for those experiencing harm or at risk of it.

In the case study areas, it found evidence of victims placed in unsuitable placements or receiving poor pre- and post-placement support. The inquiry said out-of-area placements raised particular concerns and, where the placement was poorly chosen, increased risks.

“It is…widely recognised that in these circumstances children may also be groomed by perpetrators who have followed them to a distant placement to continue to exploit them or to engage them in county lines crimes,” the report said.

“Children in the new area may be exploited by perpetrators, as they are vulnerable and without support networks.”
While the investigation found minimal use of unregulated accommodation for sexually exploited children, it said the lack of staff supervision or support increased vulnerability to CSE and was a serious concern.

Last September, the government banned the use of unregulated accommodation for children in care under 16 and, from 2023, such independent or semi-independent provision will be regulated according to new national standards, though without the need to provide care.

However, the inquiry said the government should go further and ban the use of such provision for 16- and 17-year-olds who had experienced, or were at heightened risk of, CSE, “without delay”.