‘Meaningful change means doing something about pay and culture’

Kev Standishday is the Unison rep for Northamptonshire Children’s Trust (NCT) and he’s been impressed at the actions taken to improve working lives for social workers.

Unions and employers don’t often see eye to eye. However, Kev Standishday, Unison’s branch secretary for Northamptonshire Children’s Trust, admits to being pleased with the efforts now being made to improve working lives for social workers in Northamptonshire.

Despite the well-publicised problems with the former county council, Kev says he was not in favour of the move to create a dedicated children’s trust.

“To me it felt like privatisation of services. But now it’s happened I can honestly say it doesn’t feel like the private sector – it still feels like the public sector with the same ethos.”

And Kev believes the current leadership team have made real and significant improvements to the culture, pay and conditions which is helping turn things around in Northamptonshire.

“Colin Foster [the trust’s chief executive] is a good bloke and he’s got some really good ideas about team and management structures and how to help people work their best.

“They’ve reintroduced incremental pay and implemented a 1.75% pay rise. We obviously would have liked more but we understand they have to work within a financial envelope. Everyone is back on six months’ full and six months’ half sick pay again, for example, and they’re paying for social work registration as well which shows willing.”

There has also been the introduction of a range of bonuses to incentivise recruitment and retention in particular teams.

Such changes to pay and working conditions are meaningful improvements, Kev says. He feels there has been similar thought given to the work done to change the culture of the organisation as well.

“Colin has spent a lot of time communicating with staff. I wasn’t quite sure what to expect from his 58-minute sessions for everyone, but in the first one he was playing Bob Marley tunes while everyone tuned in and I thought, ‘well that seems like a good start’!”

Kev says the creation of an equalities forum has felt like a better approach than the usual half day of training, which often felt like box-ticking.

The forum features speakers from within the organisation who talk through their lived experience. Recent speakers included someone with dyslexia and another who did not identify their gender in traditional ways.

This was then followed by actions designed to help tackle the challenges people faced, such as the setting up of a dyslexia support network or encouraging all employees to put their pronouns in email signatures.

“For me it shows senior leaders are really thinking about, and taking the time to consider, staff,” Kev says.

He is one of those staff in his day job, as an early help co-ordinator within NCT, but is currently on full-time release.

His journey into social care was unusual. He started out in 2003 while also working full time as a lorry driver.

“One of my mates was a social worker and he was working to resettle young offenders. I started helping out as a volunteer. I’d pop along to their flats and help them with their shopping and cooking, and check they were looking after themselves – basically mentoring them.

Kev has worked in a number of different early help roles, including setting up an innovative project to help young male offenders who became teenage fathers. He’s passionate about the difference early help can make.

“I met a couple of the lads from the project in the street a few years later and they were with their kids. One was just about to go for a job interview. It was just so nice to see. It felt like we’d made a real difference in their lives. Unfortunately, it didn’t survive the austerity cuts to services.

“It was the combination of funding cuts and the decisions made by what was Northamptonshire County Council at the time that prompted me to get more involved with the union.”

Kev is now far more positive about the current climate at NCT, although he doesn’t dismiss the number of issues that still need to be resolved.

“The senior leadership and the union are obviously not going to agree on everything. But I do feel like we now have people on the other side of the negotiation table who are reasonable and receptive to what we have to say and who are working hard to make things better.

“It will take time for the previous culture to work itself out, but I think Northamptonshire is now on the right path to becoming a reasonable place to work as a social worker and I wouldn’t have said that two years ago.”

Northamptonshire Children’s Trust is now open for applications to the next cohort intake of newly qualified social workers. Apply now

If you are interested in finding out more about the new offer or the opportunities at Northamptonshire Children’s Trust then check out their employer profile or get in touch on NCTrustcareers@nctrust.co.uk 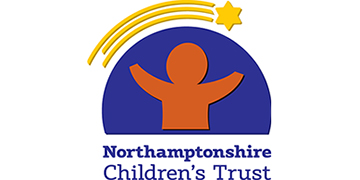