Children in care are being denied their right to family because of councils’ lack of data on potential overseas placements, says Children and Families Across Borders

By Rob Preston on February 10, 2022 in Children, Social work leaders 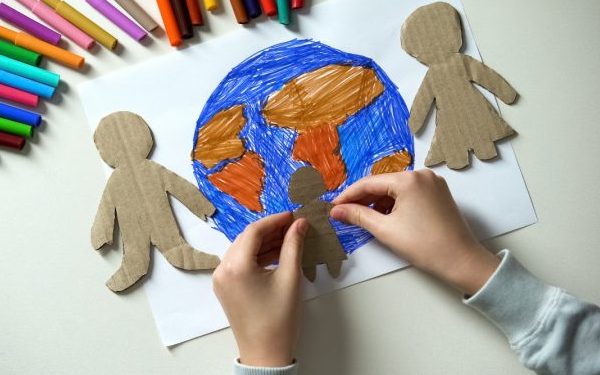 Looked-after children are being denied their right to a family because of councils’ lack of data on potential overseas placements and “stretched” social workers’ difficulties in exploring them, a charity has warned.

Children and Families Across Borders (CFAB) found that UK local authorities explored the possibility of reuniting just 233 children in care with family members in a different country in 2018-20, with an “extremely low”112 being placed. The charity said its “conservative estimate” was that an overseas placement could be an option for 5,500 children in care in England and Wales, 30% of the 18,500 it had calculated as having family members abroad.

Ninety four per cent of the 211 authorities with social services responsibility responded to a freedom of information request from CFAB, with most (52%)not being able to say for how many looked-after children they had explored overseas placements.

The charity said the lack of data and the very low placement rate suggested some children in care were being denied their right to a family – contrary to the ethos of the Children Act 1989 and UN Convention on the Rights of the Child.

Social workers often did not explore overseas placements because the process was “complicated and drawn out”, and there was “confusion about how to navigate multiple child protection systems and communicate with agencies overseas”, CFAB said.

Carolyn Housman, chief executive of CFAB, told Community Care the biggest reason why children’s services did not explore more overseas placements was because they were “stretched beyond imagination”.

“That doesn’t mean there isn’t good will, good intent, and social workers acting in the best interests of children,” she said.

“But when they’ve got too high caseloads and there’s not enough funding to understand how to navigate these complicated systems, things drop to the bottom of the priority list, unfortunately.”

She said social workers not being trained on how to make overseas placements was “a problem”, but a greater issue was practitioners being unaware of where they could get support.

Housman said it was “incredibly hard” for social workers to be trained on “200 different social service systems around the world in different countries and different languages” but there were authorities set up to assist them.

She said the Hague Convention on Parental Responsibility and Protection of Children 1996, to which 53 countries, including the UK, were signatories, provided a central authority to help social workers get record checks, assessments or other reports on families and placements overseas.

CFAB welcomed an increase in the number of overseas placements explored in 2018-20 (233) compared with 2015-17 (202), for which it previously collected data, though the proportion of authorities doing so dropped from 49% to 39%.

Fewer looked-after children were placed with family members abroad in 2018-20 (112) than the previous three-year period (121), CFAB estimated, though it said a decrease in 2020 was expected due to Covid-related border closures.

In fact, CFAB said the relatively narrow decline could indicate that “as the impacts of Covid-19 continue to lessen, the numbers of looked-after children being placed abroad may continue to rise”.

It said this was “an encouraging finding which suggests that international kinship placements are being considered more regularly as a viable option for looked-after children”.

Housman added: “I do think the picture will improve. I think it has to, given the nature of the country and the world that we live in. But I think there are some blockages that aren’t being addressed by governments and there’s a cost.”

The Association of Directors of Children’s Services (ADCS) said obtaining assessments for family members overseas that met British legal requirements could be “difficult and time consuming”.

“However, this should not prevent local authorities from exploring prospective carers as an option when this is in the best interests of the child,” said Sara Tough, chair of the ADCS families, communities and young people policy committee.

Tough said it was important to involve children in decisions about their lives, as some “may not want to move away from the places and people they know and love”.

She said the increase in children in care having family abroad explored as potential carers was a positive, as it showed local authorities continued to consider international placements “even in the context of a global health crisis”.