By Mithran Samuel on April 5, 2022 in Social work leaders, Workforce 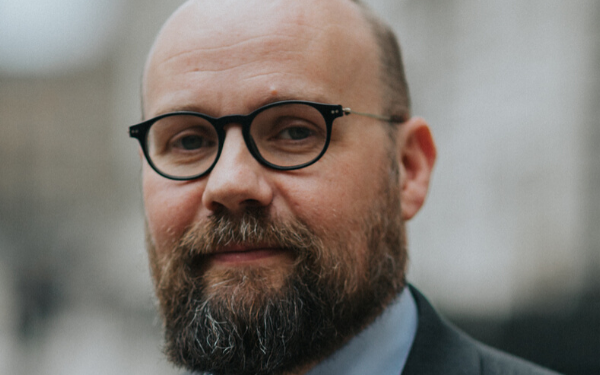 Social Work England is seeking to improve the efficiency of its operations, particularly in relation to fitness to practise, through changes to its governing laws and rules.

Last month, the Department for Education, which is responsible for the regulator, launched a consultation on changes to the legal framework setting out how the organisation operates, the Social Work Regulations 2018.

This followed a consultation that Social Work England issued on changes to its rules, which are not dependent on legal changes. Both consultations conclude next month.

The proposals reflect the regulator’s learning from the just over two years since it took responsibility for overseeing the profession, said Social Work England’s executive director of registration, quality assurance and legal, Philip Hallam.

On the regulatory changes, he said: “Together with the Department for Education, we have been reflecting on our first two years operating under the Social Workers Regulations 2018 and have identified some changes to improve operational efficiency.

“These proposals do not change our overall direction or ambition, but we want to hear the views of as many people as possible on what these changes will mean for them and the regulation of social work in England.”

He relayed the same message in relation to the rule changes, adding: “By getting more input, we open ourselves up to viewpoints and implications we may not have considered, and we can factor those into our decision making.”

Several of the proposed regulatory changes are designed to strengthen Social Work England’s ability to deliver on its overarching objective of public protection, which encompasses promoting and maintaining public safety and wellbeing, confidence in social work and professional standards.

One change would involve enabling Social Work England to update the register immediately to specify that a practitioner had received any adverse fitness to practise outcome, other than a final order imposed by a hearing panel.

Currently, in these circumstances, the person’s record would not be updated until the expiry of the appeal period or there had been an outcome of any appeal.

However, under the plans, social workers subject to interim orders – to suspend them or place conditions on their practice – or accepted disposals – where they agree to an outcome without a hearing – would have these recorded immediately.

“While we recognise this change will have a resulting impact on the registrant, we consider this provision is necessary to ensure public safety and maintain public confidence in the regulator,” said the DfE.

The regulatory changes would also ensure interim orders came into force immediately, notwithstanding any appeal by the social worker.

Under the plans, the regulator would also gain the power to disclose information on past and present registrants, and applicants to join the register, to specified organisations, including social work employers, NHS bodies and fellow regulators, where it deemed this in the public interest.

It would separately gain the power to disclose information in relation to a social worker’s fitness to practise to any individual, if it considered this in the public interest.

The DfE said these provisions would complement Social Work England’s existing power – under section 52 of the Children and Social Work Act – to publish or disclose information relating to any aspect of its functions.

Currently, the regulations prohibit a social worker being voluntarily removed from the register while they are subject to fitness to practise proceedings.

However, the DfE has proposed changing this, to enable Social Work England to allow removal in these circumstances. It would also be able to publish details about the fitness to practise concerns on the register – alongside the fact of voluntary removal – so long as it did not mention the person’s health.

The DfE said the regulator would make future changes to its rules, setting out its proposed approach to voluntary removal.

“Protection of the public from registrants whose fitness to practise could be impaired will be the regulator’s primary consideration when deciding whether or not voluntary removal is appropriate,” the department added.

Representation of social workers at fitness to practise hearings

Among Social Work England’s proposed rule changes are provisions for social workers and the regulator to be represented by chartered legal executives – lawyers who tend to be qualified in a particular area of law – in fitness to practise hearings.

Currently, they may only be legally represented by solicitors or barristers, though they can also be represented by professional bodies or, at the regulator or hearing panel’s discretion, a family member or suitable person.

There would also be a toughening up of requirements on practitioners seeking to have their registration restored after a period away from the profession.

The consultation on the proposed regulatory changes ends on 11 May, and you can respond online or by emailing socialworkerregs.consultation@education.gov.uk.

Social Work England will stop consulting on its planned rule changes 26 May, with respondents encouraged to email their views to consultation.responses@socialworkengland.org.uk.