Commissioner reverses original recommendation to create a trust in West Sussex following improvements, saying to do so would now be ‘actively detrimental’

By Rob Preston on April 7, 2022 in Children, Social work leaders 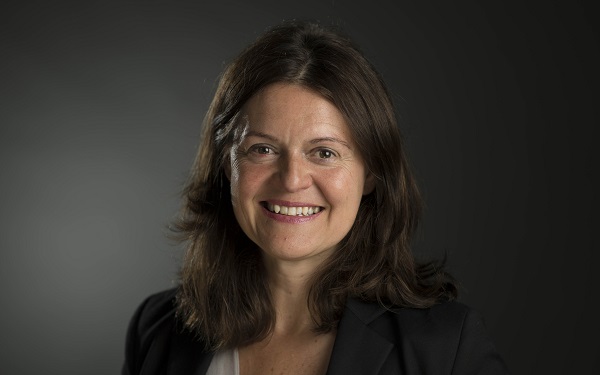 West Sussex council will retain control of its children’s services after a government-appointed commissioner noted improvements and said previous plans to create an arms-length trust would be “actively detrimental”.

In a third report since being appointed commissioner, John Coughlan said there had been a “trajectory of improvement” in Ofsted visits to West Sussex since the council was rated ‘inadequate’ at its last full inspection in February 2019 and Hampshire council appointed as its strategic partner.

Former Hampshire chief executive Coughlan had recommended that the government create an independent trust to take control of children’s services in West Sussex, after reporting a “bullying culture” at the authority, amid substantial practice and management failings in October 2019.

He then wrote a second report in October 2020 praising the council’s “excellent strategic and corporate response” to its improvement and recommended that work setting up a trust should be paused to enable the council to concentrate on making further progress.

Following the second report, former children’s minister Vicky Ford gave the council until January 2022 to prove it should keep control of its services.

Coughlan’s latest report, written in January this year, said a trust should not now be created for West Sussex because “such a structural reform is no longer necessary and would probably be actively detrimental to the continued and secure progress of the services” at the council.

The Department for Education (DfE) has subsequently issued a revised direction to the council, maintaining government scrutiny of the authority but without the possibility of removing services from its control.

The DfE direction noted improvements made by the council since the first direction issued in 2019 but said it was “still failing to perform to an adequate standard, some or all” of its statutory functions.

It instructed the council to appoint and work with an independent chair of its improvement board, who should then report in writing to the DfE at quarterly intervals on the progress being made, beginning on 1 June.

Coughlan said that the original case for a trust had been largely based on “poor corporate conditions” at the council, including “alarming levels” of senior management turnover, dysfunctional relationships between council and officer leaders and structures that diminished the value of children’s services.

The latter referred to the demotion of its director of children’s services role to the third tier of management, whereby they did not report directly to chief executive, contrary to statutory guidance on the role. This was corrected just before Coughlan’s 2019 report.

In his latest report, Coughlan praised significant improvements in both political and managerial leadership, that had increased focus on children’s services and tackled churn in senior posts.

Coughlan said the council now had “a more frequent and compliant approach to the management supervision of individual social workers” and that there had been “progress in the way staff perceive their roles and the relationship between those roles and the wider improvement journey”.

He agreed the council’s self-assessments of its progress in performance management were “credible and evidence based” but said further improvements were necessary.

DCS: ‘I don’t think this has been done before’

Coughlan praised the council’s appointment in April 2020 of director of children’s services Lucy Butler, who he said had “established herself in role and has appointed a strong team of senior managers”.

Butler said she was “absolutely delighted” that  West Sussex would retain control of its children’s services, having accepted the fact that a trust would be created when she joined the authority.

Speaking to Community Care, Butler said: “When I came into post, it was very clear to me that we were going to be made into a trust.”

But she said after Ofsted’s first visit of the authority under her leadership, in October 2020, there were “green shoots” of progress, plans for a trust were put on hold and Coughlan gave the authority a set of measures to meet by January 2022.

“Of course we did fulfil those measures and that was why he was able to recommend that we didn’t go into a trust. It’s really unusual and I don’t think it’s been done before,” she said.

Butler said her first objective when starting her role in April was to tell current staff about her improvement plans and to hire a permanent leadership team, both of which were made more difficult by Covid-19.

She had no permanent assistant directors and was nervous about recruiting during a pandemic, concerned that nobody would apply, but the council had “an exceptional response”. In his latest report, Coughlan praised her appointment of “a strong team of senior managers” who had worked well with improvement advisers from Hampshire.

The 2019 Ofsted report highlighted a “considerable turnover of the social workers and managers” but Butler said she had focused on recruiting more frontline staff since then to reduce vacancy rates and average caseloads. Department for Education figures show the council’s agency worker rate fell from 15.9% to 12.9% from 2020-21, with the vacancy rate also falling slightly, from 10% to 9.5%, both rates being below national and regional averages. However, turnover increased, from 9.7% to 14.7%, a faster rate of increase than the national trend.

Butler said council fostering practitioner Vivian Okeze-Tirado, who won the overall social worker of the year award in 2021, was “a real draw” for staff coming to the authority, while it had also looked at pay and overseas recruitment.

Ofsted, which rated West Sussex inadequate in 2019, recently carried out its latest monitoring visit to the county and and is due to pay it one more visit before its next full inspection. Its latest published report – on a monitoring visit focused on disabled children in September 2021 – found “steady progress” under a stable leadership team focused on improvement, but also a variable quality of practice.

In his report, Coughlan said that it was “probably reasonable to suggest that some areas of the service are at or bordering requires mprovement now, but not yet consistently or comfortably so”.

Butler would not say what grading she expected at the next inspection, which she estimated would happen in early 2023, but said the council should improve on its current rating.

“Me and my team will do everything at our disposal to get an improved rating and certainly the monitoring visit last week showed progress, but we’ve still got work to do,” she said.