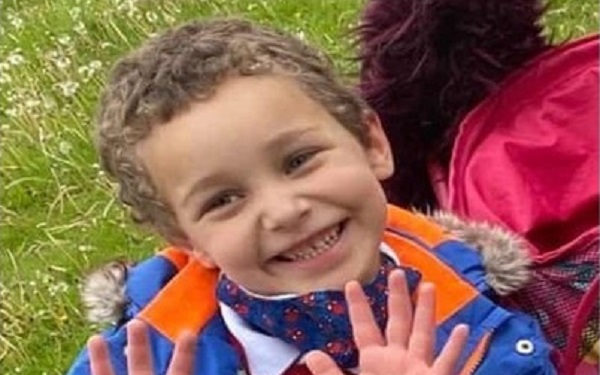 A safeguarding panel will review children’s services’ actions in the lead up to the murder of five-year-old Logan Mwangi last year by three people including his mother and stepfather.

Police found Logan’s body in a river near the family home in Bridgend on 31 July last year, shortly after Williamson made a 999 call claiming he was missing.

Officers became suspicious of Williamson’s claim after they found CCTV footage of Cole and the 14-year-old taking Logan’s body from the house in the early hours of the morning.

Alongside the safeguarding review, the Welsh social care inspectorate will also publish a further evaluation of Bridgend council’s services this year.

Cwm Taf Morgannwg Safeguarding Board, which is responsible for the area including Bridgend, will now investigate learning from the case in a child practice review.

It has appointed an independent chair and two reviewers to lead a panel of senior managers from all agencies involved with Logan and his family to gather information on their involvement.

This will then be put to practitioners involved in Logan’s case at a multi-agency event, so they can present their understanding of the case and identify learning points.

Panel members will also seek to engage with the family, where appropriate.

The independent reviewers will summarise this information in a report, which will then be presented to the safeguarding board for scrutiny and then the Welsh Government for final approval.

The earliest the final report will be published is this autumn.

Bridgend council said in a statement: “The death of five-year-old Logan Mwangi has been a deeply sad and tragic affair which has affected all who live within Bridgend County Borough.

“We would like to thank South Wales Police for leading the investigation into Logan’s death, and for ensuring that those responsible have not been able to escape the consequences of their crimes.

“We will be issuing a further statement once sentencing has been confirmed. Until then, our thoughts remain with Logan, and all who knew or cared for him.”

The Care Inspectorate Wales (CIW) will also inspect children’s services in Bridgend as part of its ongoing evaluation of the council.

A spokesperson for the inspectorate said: “Logan Mwangi died in deeply disturbing circumstances and all those affected by his death are in our thoughts. Care Inspectorate Wales has informed Bridgend County Borough Council of our intention to inspect its children’s services.  CIW does not comment on ongoing inspections but we will await its findings, along with the child practice review which will identify learning for future practice.”

The inspectorate last assessed Bridgend’s children’s services in November, where it found “examples where the support for some families was too fragmented”.

“This meant that some families did not always receive the right services at the right time,” it said. “Further work is required to ensure seamless and co-ordinated services that prevent escalation of need, and which secures the best outcomes for children and families.”

A Welsh Government spokesperson said: “This is such a tragic case and our thoughts are with everyone affected by Logan’s death. It is of vital importance now for both the child practice review and the planned inspection by Care Inspectorate Wales to be completed.”

Williamson, Logan’s mother, told police she had slept through the night before her son’s body was found, denying that she had switched lights on and off and moved curtains inside the flat, which was captured on CCTV.

A Home Office postmortem carried out on Logan found that he had suffered more than 56 injuries. According to South Wales Police, a pathologist described some of them as “so extreme, you would expect to find them as a result of a fall from great height or a high-speed road traffic collision”.

Senior investigating officer, detective inspector Lianne Rees said: “Logan was a beautiful, bright and innocent five-year-old little boy with his whole life ahead of him.

“It is difficult to imagine how Logan must have suffered at the hands of those who he trusted, and inconceivable that those who should have loved and protected him betrayed him in the worst possible way.

“Attempts to cover up the crime in the hours following Logan’s death and the subsequent web of lies and deceit that were to follow, are an indication of their callousness and lack of remorse.

“The impact of Logan’s tragic death on so many people cannot be measured.

“Nothing can bring Logan back, but I hope that today’s outcome will bring some comfort to those who loved him.”

Williamson, Cole and the unnamed 14-year-old will be sentenced at a later date.

Tondu Primary School said in a statement that pupils, teachers, staff and governors at the school remained “shocked and deeply saddened” by Logan’s death.

“We remember Logan as being a bright, happy child who was caring and loving, and an absolute pleasure to teach. As a school community, we continue to feel his loss, and to offer support to one another as we look towards the future.

“We are also united in our condemnation of the terrible actions of those who ended Logan’s short life in such a cruel and brutal way, and are grateful that they have been held accountable for their crimes.”

Ofsted-led safeguarding inspection into Solihull agencies involved in Arthur case to conclude in February
Putting a team around the social worker to make a difference to families
Cap on care costs: government change reducing benefit for less wealthy becomes law