By Rob Preston on May 5, 2022 in Children, Social work leaders 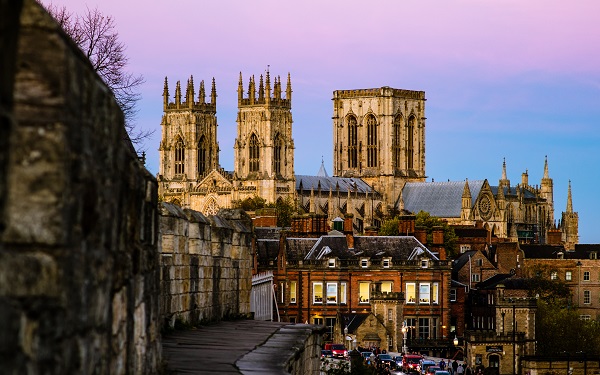 A “significant variation” in the quality of social work has led inspectors to downgrade York council to ‘requires improvement’.

The authority lost its good rating – earned in 2016 – after inspectors found deficits in the quality of assessments, direct work, evidence to court and supervision, amid rising turnover of social workers, in a full inspection in March.

Inspectors said the authority had tried to reverse a decline in practice identified in a 2019 focused visit covering children in need and child protection services. But while the vast majority of teams had shown improvements, Ofsted said the “pace of change [had] been too slow”, in a report published this week.

Inspectors said some children remained in neglectful situations for too long, as a result of assessments that did not analyse the effects of cumulative harm and lead to over-optimism about families’ progress.

More generally, some assessments of children in need of help and protection lacked evaluation, leading to plans that did not identify their needs or the risks they faced appropriately.

Direct work with children in need was also of variable quality, with insufficient effort made to communicate with children with additional communication needs, meaning plans were not sufficiently informed by their voice.

Ofsted said social workers’ analysis of information in return home interviews for children who had gone missing was “weak”, with each incident considered separately, and missed opportunities to explore the reasons why they went missing.

This echoed findings from a 2018 joint targeted area inspection of York on the multi-agency response to child sexual abuse, underlining Ofsted’s more general view that areas for improvement had not been fully addressed.

Inspectors said that while applications to court were generally appropriate and timely, social workers’ evidence was not consistently of high quality, leading to delays in securing permanence for some children.

Children in care were seen regularly by their social workers – and alone where appropriate – but not all benefited from direct work or were helped to understand their life histories.

While most records were written to the child, which would help them understand the rationale for decisions should they access them in future, others would not because they lacked a clear sense of the child’s experiences and views.

Ofsted said most looked-after children were in stable homes that met their needs. However, for a small number of children under 16  in unregistered children’s homes, a lack of timely care planning. had led to uncertainty about their living arrangements, a negative impact on their emotional wellbeing and further unregistered placement moves.

Ofsted linked the inconsistencies in practice to the council’s failure to effectively embed its systemic practice model, which was introduced in 2018 to address a decline in the quality of social work.

In an echo of the findings of the 2019 focused visit, the inspectorate said social workers needed to be better supervised to more effectively identify drift and delay for children and address practice shortfalls.

While caseloads were manageable, increasing turnover had led to some children experiencing a number of changes of social worker, something that had also left some workers feeling unsettled

Government figures show York’s turnover rate for children’s social workers leapt from 13.2% to 19.7%, from 2020-21, as its vacancy rate also rose, from 11.6% to 16.1%. And while most social workers were positive about working for York, some were unable to access learning opportunities because of service pressures, stifling their development.

Ian Cuthbertson, executive member for children, young people and education at York council, said he was pleased Ofsted noted some improvements since 2019, but said the authority recognised that consistency of practice and ensuring children and young people influenced decision making needed to improve.

“Work to address these challenges has been under way for some time and will continue, now we have completed the permanent appointments of chief officers within children’s services,” he said.

Ofsted also inspected West Berkshire in March, rating the authority as good across the board, an improvement on its last full inspection five years ago, when it was ‘good’ overall but ‘requires improvement’ for children in need of help and protection.

This improvement had been secured by investment in an early response hub, which had led to “extensive, timely and creative early help”, and more funding for social workers in family safeguarding teams, said inspectors.

In relation to children in care, the inspectorate highlighted effective practice with those at risk of harm, good support for unaccompanied children and the priority given to enabling children to live with wider family networks.

However, inspectors said that some social workers faced high workloads, the quality of case recording needed to improve and some assessments of children in need lacked an explicit exploration of their ethnicity and culture.

Dominic Boeck, West Berkshire’s executive member for education, children and young people, said: “This report again shows how committed everyone at West Berkshire Council is to improving the lives of all of our children, no matter the challenges they may face. We’ve worked hard to maintain the rating we were given in our last inspection and we will look for ways to do even better.”